Earlier, drawing his blade inside the castle against the arrogant sophisticate Kira had earned Asano a warrior death by seppuku. But his samurai retainers were not happy. Kira, the antagonist, had gotten off scot-free and that just wouldn’t do.

Kira knew something would be up. Country samurai and their antiquated views of warrior loyalty were bound to cause trouble so the master of ceremonies holed himself up in his mansion and prepared for the coming revenge.

Oishi Yoshio, the leader of Asano's now masterless samurai, had set his plan for vengeance into motion. Rather than risk defeat with an immediate attempt, Oishi chose to wait. Going undercover with his remaining ronin, Oishi began boozing, gambling and laying with the blue ladies of the district.

For a samurai, this was appalling behaviour. And after two years of it all had forgotten about Asano. The country samurai had become base and Oishi was spat upon in the street. Lord Kira let down his guard.

Then one night, mid-December in 1702, the 47 ronin attacked Kira's mansion. After a violent struggle, Osihi Yoshio, who had endured two years of insults and scorn for abandoning the way of the warrior, cornered Lord Kira. Offering him the blade that took Asano's life, Oishi gave the ceremonial master the opportunity to die honourably by his own hand. Kira refused.

Oishi killed Kira, informed his late master's wife and family of the deed and then went to the shrine of Asano and presented him the head of Kira.

Oishi and his men then offered themselves up to the authorities, who, in a moral bind, eventually decided to allow the men the honour of dying by their own hands as samurai rather than as criminals.

The men took it and a legend was born. 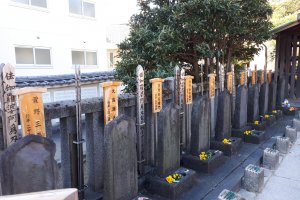 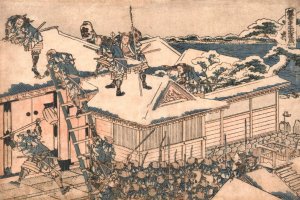 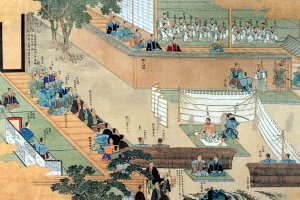 Elena Lisina 3 years ago
I read somewhere that now on the day of their seppuku in December thousands of people come to that small grave yard. Traditions in Japan are amazing!
Reply Show all 1 replies