The beginnings of a legend

It's hard to find a more honour-bound group than the Edo period samurai.

In 1701, Asano Naganori, a hereditary daimyo leader of Ako Domain in what is now Hyogo Prefecture, was required to set up a reception for envoys of the Emperor in Edo, the capital of Japan.

More than just saying welcome, hello and getting on with business, such receptions were intricate affairs of pomp and ceremony. Instructing newbies in the finer details of court etiquette and protocol was the job of Kira Yoshinaka, master of ceremonies for the Tokugawa government. Now, the story goes that Asano and Kira did not get along very well. Asano, a rustic samurai loyal to the ideals of the warrior way, from a small fiefdom far from the modern world of Edo, apparently did not take too kindly to the necessity of offering gifts (some say bribes...) to a man dedicated to show and tell. Conversely, Kira thought it the height of ignorance and boorish manners to not be offered such gifts. Insults flew from the ceremonial master's mouth.

After putting up with this elitist snobbery for a while, Asano could no longer restrain himself. The country lord drew his blade and struck Kira. A minor wound at best but the deed was done. Drawing a blade inside the castle was absolutely forbidden. A graver error in protocol you could not find in Edo period Japan.

The result? Lord Asano was ordered to commit seppuku ritual suicide, have his fiefdom confiscated by the government and his family ruined.

What followed became, quite literally, the stuff of legends. 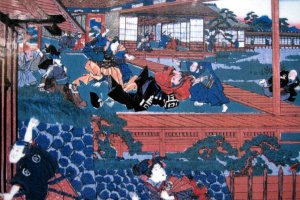 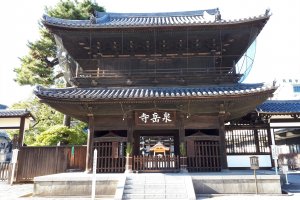 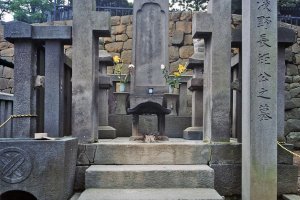 Elena Lisina 3 years ago
I visited that place, too! It's famous story and legend in Japan.
Reply Show all 2 replies

Sleiman Azizi Author 3 years ago
I had an odd feeling during my last visit. When I turned around, I noticed the well where Kira's head was washed before being presented to the grave of Asano. Chills....
Reply

Elena Lisina 3 years ago
I bet now it's hard to imagine such things, but they used to be usual!
Reply

Sleiman Azizi Author 3 years ago
Thanks. The real life tale just has so much going for it.
Reply
5 comments in total