The Art of Kawai Gyokudo

A special exhibition at the Yamatane Museum of Art

A special exhibition at the Yamatane Museum of Art looks into the works of Kawai Gyokudo (1873 - 1957), a Japanese painter who was active during the Meiji and Showa Periods. A number of his works are part of the museum's permanent collection, including the likes of Cormorant Fishing (1895), Hills and Streams in Autumn (1906), After a Mountain Shower (1943), and Young Ladies Planting Rice (1945).

Adult admission to the event is priced at 1300 yen.

The Yamatane Museum of Art is located just over 10 minutes on foot from Ebisu Station, served by the JR Yamanote, Shonan Shinjuku and Saikyo Lines, and the Tokyo Metro Hibiya Line.

Alternatively, a bus is available from Shibuya Station's East Exit. Take the Toei Bus (Metropolitan Bus) "Gaku 03", bound for the Nisseki Medical Center. Alight at the Higashi 4-chome stop, and the museum is just two minutes on foot rom there. 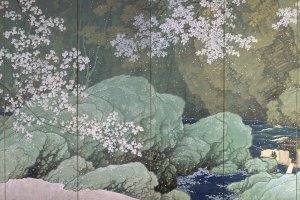 The Art of Kawai Gyokudo