Train fun for the family

Japan's trains and buses are the stuff of legend. An intricate maze of lines, networks and services that seem almost mind-boggling at first glance, the services are actually operated by a handful of companies - institutions really - who make it all run on time.

Tobu Railway Company is one of the oldest of these companies and services a number of prefectures as well parts of Tokyo. Tucked away in Higashi-Mukojima station near the famous Tokyo Skytree tower in Sumida is the Tobu Museum, an almost boutique-style museum of the company's trains and buses.

Now, as dry as this may sound, the reality is that it is far from. The museum is actually a lot of fun. In fact, it's one of those great little places to bring the kids. The train and bus simulators always grab their attention, so too the huge train and city diorama with its flashing lights and nighttime mode. A taste of reality is provided by a viewing portal located directly underneath the station platform above you where you can watch the trains go past.

Train, bus and even gondola exhibits abound and you can board pretty much all of them. A throwback to an earlier age of train travel is the elegantly crafted No. 5 Electric Train. Made from wood, this really is a classical beauty. The No.5 Steam Locomotive by the entrance is hugely popular with the kids with shows held throughout the day that sees it spin its wheels and toot its whistle.

If you are short on family time then a couple of hours at the Tobu Museum is a great way to unwind with the kids.

Take the Tobu Skytree Line to Higashi-Mukojima Station. Head right from the ticket gate and turn right at the street. The museum is literally a moment away, underneath the train tracks. 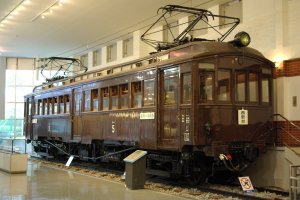 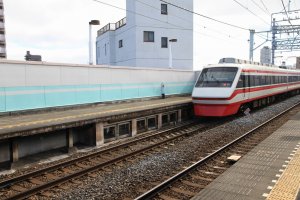 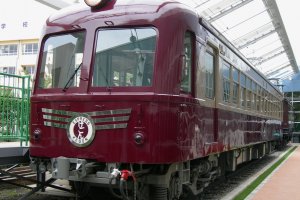 Kim 2 years ago
My little ones are train-obsessed so this place looks like fun!
Reply Show all 3 replies

Kim 2 years ago
Always nice when it's friendly on the budget! :)
Reply

Sleiman Azizi Author 2 years ago
Can never complain about budget friends in Japan. Across the road you'll find a sushi bar, I've been dying to eat there each time we visit the Tobu Museum but the kids tend to have other ideas at the time!
Reply
4 comments in total