Catch the Paralympics in all their splendor!

The Tokyo 2020 Olympics & Paralympics have been postponed until 2021 due to the impact of the global coronavirus situation — stay tuned for more updates as more details are announced.

If you can’t get enough of the Olympics hype, make sure to stay tuned for the Tokyo Paralympic Games, which follow right after!

From 25 August to 6 September 2020, the Paralympic Games will be held mainly in Tokyo, as well as neighboring Saitama, Chiba and Shizuoka. Spread across the different prefectures, the sporting events will mostly be hosted within the Heritage Zone and Tokyo Bay Zone, but also at the Musashino Forest Sports Plaza, Asaka Shooting Range and Izu Velodrome. As for accommodation, athletes will be housed at the Harumi Futo Paralympic Village.

Since the previous games in Rio back in 2016, some exciting changes have been made. The 16th Summer Paralympic Games will see the introduction of the people’s favorites – taekwondo and badminton. The two sports will replace 7-a-side football and sailing, thus keeping the total number of competing sports at 22.

At the same time, with a push towards inclusivity as embodied in Japan’s Games Vision, “Unity in Diversity”, the 2020 Paralympics will see 1756 slots reserved for females out of an estimated total of 4350 participating athletes. This 17% rise in female participation since London 2012 means Tokyo 2020 will feature the most female participants ever!

While it was originally meant for athletes in wheelchairs, the Paralympics has grown much more diverse over time, allowing those with physical conditions ranging from neurological to vision impairments, reduced muscle power and range of movement, and many more to compete.

In essence, the Olympic Games were formed to promote a peaceful and better world through sport practiced without any kind of discrimination, where athletes display the Olympic spirit of solidarity, friendship and fairplay. Likewise, the “Parallel Olympics Games” provides a platform for athletes, despite their disabilities, to compete on the world stage. It allows the deserving ones an avenue to pit their polished skills against fellow elites and showcase to the world the fruits of their labor.

Ultimately, the Games epitomize hope and perseverance, and when we—the audience—celebrate, we cheer not just for the victorious competitors but also in jubilance of human limits being explored, pushed and trumped. 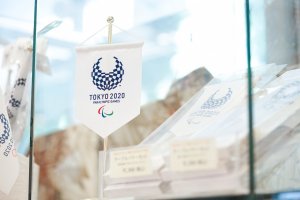 Kim 2 years ago
The female participant increase is wonderful to hear about!
Reply Show all 0 replies
1 comment in total