Japan's largest mosque will transport you to Turkey

Anyone who sees pictures of this mosque would think it is located somewhere in Turkey or Saudi Arabia. Who would’ve guessed this architectural marvel with a minaret and domes sits (very closely) between typical modern Japanese buildings in Central Tokyo.

Tokyo Camii mosque is located just a few stops away from the bustling Shinjuku station. Alight at Yoyogi-Uehara, walk for about 5 minutes and you will see this marble Turkish influenced architecture slowly start to emerge. The nearer you get, the more you will realize how this building stands out from the rest. Step through those carved wooden doors and be transported to Turkey.

Opened in year 2000, the Tokyo Camii mosque has a richer history than one would have thought. The land that it is built on once belonged to the Turkish group called ‘Mahalle-i İslamiye’ (Islamic district) who fled from Russia during the Soviet Union. They built a mosque and school in Tokyo in 1938. As years passed, the building started to degrade and was later demolished in 1986 and rebuilt in 1998. Camii refers to a major central, congregational mosque, a place for Muslims to come together, for example, for Friday prayers.

Unlike most other mosques in Japan, Tokyo Camii holds dear its Turkish roots and is the biggest mosque in Japan thus far. Adjoining the mosque is a cultural center open to anyone who wishes to learn about the Turkish culture. Colorful ornaments, rugs, traditional clothes and other artifacts can be found. There is even a small gift shop where you can buy Turkish designed plates, cups, food and religious items.

The mosque is made up of 4 areas: the entrance hall, the Turkish Culture Center, the male prayer hall and the female prayer hall. All areas, except the female prayer hall are accessible to anyone as long as one is dressed appropriately (no shorts and short-sleeved shirts allowed). Visitors are allowed to take pictures and roam around the building freely but just remember to take note of the prayer timings so as not to disturb the crowd that comes in to pray. For more information regarding the mosque, you may check their website (which includes the Tokyo Prayer times as well) http://www.tokyocamii.org/

Architecturally, the mosque's impressive minaret and huge dome reflect the major inspiration drawn from the Ottoman designs. The mosque is a beautiful masterpiece put together by at least a hundred Turkish artists. Its stained glass with Arabic words allows diffused light to stream in and illuminate the interior spaces. The dark green carpet in the prayer hall creates the right amount of contrast with the carved, painted ceiling.

When visiting this mosque, don’t forget to look up at its highly decorated ceilings and intricate carvings. It is truly an architectural gem worth visiting in this urban Japanese setting. 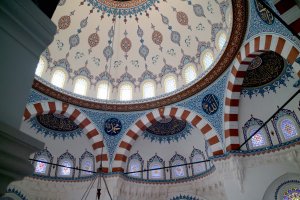 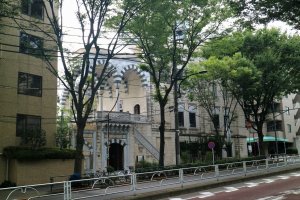 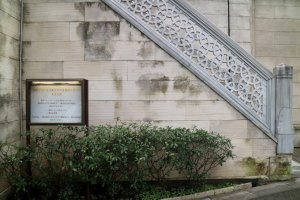 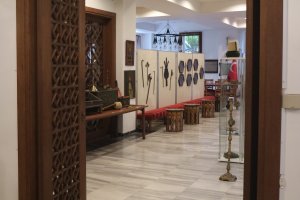 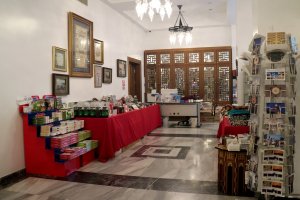 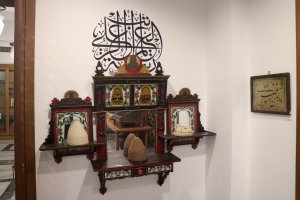