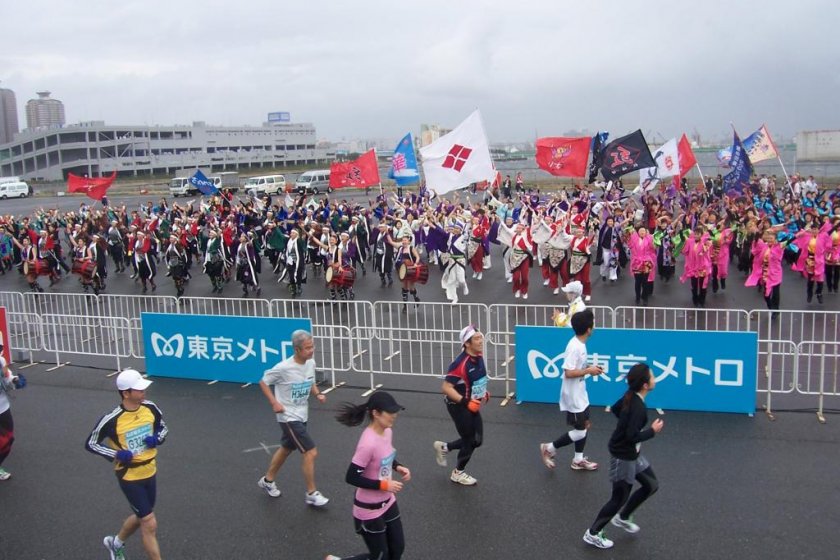 There are numerous ways you can reach Tokyo's major tourist destinations. Of course, there are the normal ones: by subway, bus and taxi, but there is a challenging but more rewarding one: competing in the Tokyo Marathon!

First held in its current form in 2007, the Tokyo Marathon welcomes more than 35,000 participants to the capital on its now current date, the last Sunday of February. The race is one of the city's biggest sporting events and several local dignitaries address the competitors before the start.

Numerous elite marathoners take part but most of the participants are weekend warriors who run past many of the city's landmarks.

The race starts in Shinjuku at the Tokyo Metropolitan Government Office, and it takes runners past landmarks such as the Imperial Palace, Tokyo Tower, Asakusa Kaminarimon Gate, and Tsukiji Market while being cheered by thousands of spectators, including taiko groups and cheerleaders, and roughly 10,000 volunteers.

That's great, but what if you want to participate in all the fun but don't want to run 42.195 km? Don't despair - just come along and participate as spectator. Cheering on the runners is fun, too!

In past years, there was also a 10 km race open to everyone, which ended at Hibiya Park and welcomed about 3,000 participants. However, the event's organizers have changed the rules. The 10 km race is now open to those younger than 18, visually impaired and intellectually challenged participants, organ transplant recipients and those using a wheelchair.

Regardless of whether you run 10 km or 42.195 km, consider yourself lucky to be participating in the Tokyo Marathon as being chosen for the event is more difficult than finishing.

For the 2010 Tokyo Marathon (which I completed), there were 311,411 applications for both races but only 35,028 folks were chosen. Since the number of applications quickly exceeds the number of available spots, participants are chosen via a lottery.

If you're fortunate enough to be chosen for the Tokyo Marathon, you'll participate in a celebration before the race. For three days prior to the event, Tokyo Big Sight hosts the Tokyo Marathon Expo, where chosen participants must register.

However, the Expo is a lot more than a gathering where runners pick up their bib numbers and bounce - it's a party. Organizers from races all over come to the Expo to promote their events, so you can visualize where you'd be running next.

For those who are unprepared for the Tokyo Marathon, there's plenty of running gear available. Musical performances entertain those attending the Expo.

All that's left there is to finish. Whether that finish line is at Hibiya Park or in Odaiba near Tokyo Big Sight, you'll be thrilled to have been part of a spectacle.

- The deadline to apply for the Tokyo Marathon, which usually takes place at the end of February, is the end of August the year before

- All applicants will be noticed of the results of the drawing by mid-October.

- You can apply to run in the Tokyo Marathon on the event's official website, where you'll find more details about the application process and entry fees. 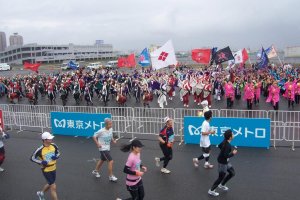 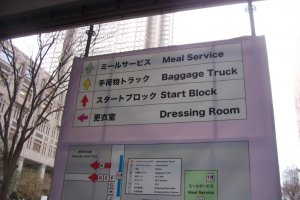 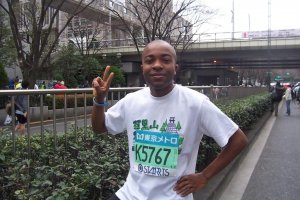 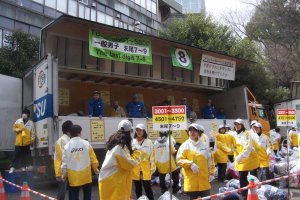 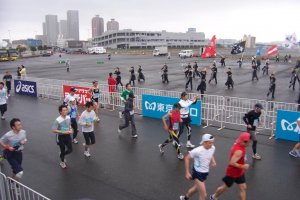 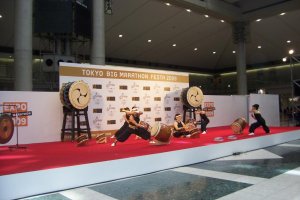 Andrew C 4 years ago
Hope I can go next time...
Reply Show all 0 replies

Sherilyn Siy 6 years ago
Happy to say I've done it this year. It as an amazing experience.
Reply Show all 1 replies

Rashaad Jorden Author 6 years ago
Was that the first time you participated in the Tokyo Marathon? Hopefully, you can do it again :)
Reply

Nicole Bauer 8 years ago
Every year some people run wearing funny costumes. Attached a few snapshots of the costumes in 2012!
Reply Show all 0 replies

alena 8 years ago
Thanks for sharing this, Rashaad. I totally agree that participation in the Tokyo Marathon is a great experience and a very special way of "touring" Tokyo. I completed the 2007 and the 2009 races but I did not get in the 2011 race. Maybe 2013 again? Here are some photos from the scene at the start of the 2009 race. I was in starting block K and from there it took some time to actually get to the starting line...
Reply Show all 0 replies
5 comments in total