A district full of meaning for the anime fan culture

Akihabara, also called Akiba, is a district in central Tokyo that is famous for plenty of electronics shops. In more recent years, Akiba has gained recognition as the center of Japan's otaku (anime fan) culture. Many shops and establishments devoted to anime and manga are now dispersed among the electronic stores in the district.

In spite of it not being so spread out, Akihabara contains hundreds of electronics shops, ranging from one-man stalls specializing in a particular electronic component to large electronics retailers. They offer everything from the newest computers, cameras, televisions, mobile phones, electronics parts and home appliances to second-hand goods and electronic junk. Few chain stores such as Sofmap and LAOX operate along the main Chuo Dori, while small independent shops can be found on the side streets. The only mega-sized store is Yodobashi Camera. Most of the electronics on sale are only intended for use in Japan, but several stores also feature a selection of international models intended for overseas use, and most also offer tax-free souvenir shops to foreign tourists.

The image of Akiba changed over the years. In the last decade, it became the center of Japanese otaku and anime culture. Dozens of stores now are specializing in anime and manga, retro video games, figurines, card games and other collectibles. In addition to shops, various animation-related establishments have become popular, particularly “maid cafes” where waitresses dress up and act like maids or anime characters, and “manga cafes” – a type of internet cafe where customers can read manga and watch DVDs in addition to the internet.

Before coming to Tokyo, I heard about its famous “electronic city” Akihabara. Of course, I decided to see it on my very first visit, but Akihabara wasn’t what I had thought of. I found it was a rather small area, but stuffed with shops.

I’m not very much into manga or anime, and also, I’m not a gambler. So, in Akiba I felt like “a stranger in a strange land." There are tens of shops with thousands of figurines that are characters from manga or anime and people who attentively search for something particular. The prices are very high for my budget, but otaku will buy them with no hesitation. I never dared to go to one of the “maid cafes,” maybe I didn’t want to be “out of place." But anyways, Akiba is a very live and amusing district, so I like to visit time after time. I bought my camera in Yodobashi Camera! At night Akiba is sparkling with bright lights and I like that kind of scene. 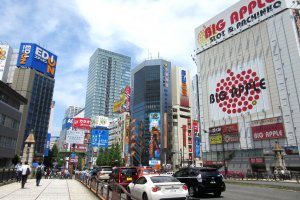 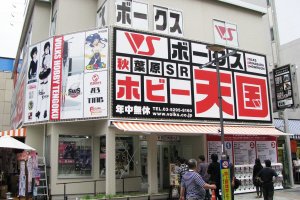 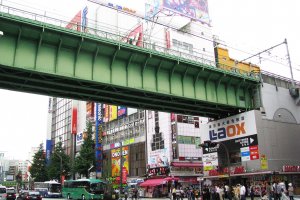 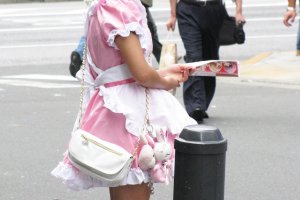 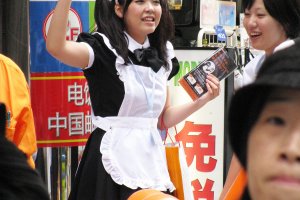 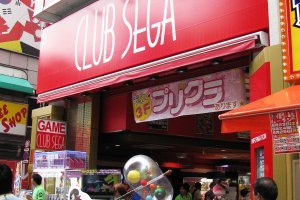