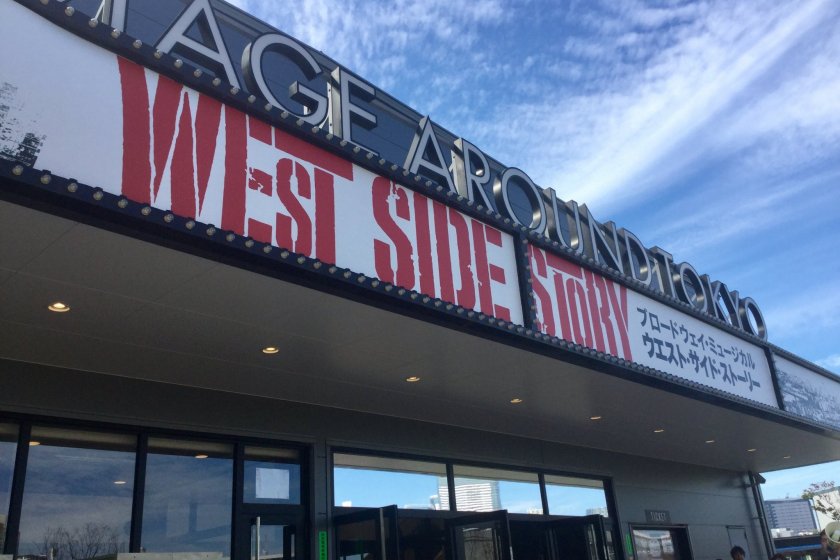 The West Side Story at Stage Around Tokyo

When we were invited to the West Side Story at IHI Stage Around Tokyo, it was explained to us that the stage encircles the audience and that the audience will be rotated for scene changes. I honestly could not picture it, nor did I know what to expect as up until then, I have only been to stage shows -- plays and musicals -- in conventional theaters that have a standard stage front and center and the audience pretty much stayed immobile. Scene changes in these shows were accomplished by lightning quick stage hands in all black attire to remain as inconspicuous as possible.

As we sat waiting for the show to start, we scanned the almost packed theater, still unsure how it was all going to work out. Then, the opening theme began. The screen that served to cover the stage also became the panel against which images were projected to set the mood for the story. Then finally, the screen slid open for the first act and revealed the first of many sets. No details were spared in order to transport the audience into a different time and place.

Then the first of many scene changes happens. With the screen closed, the huge circular platform on which the entire audience is seated started to turn. It was a strange sensation -- not too fast as to make one dizzy but fast enough that you could feel the movement. The screen slid open to reveal a different set. Because sets don't have to be moved for scene changes (they are simply located in different parts of the circular stage, West Side Story's sets are grand, life-like, and as realistic as you can get.

Catch one of West Side story's English or Japanese shows for a revolutionary immersive theater experience. 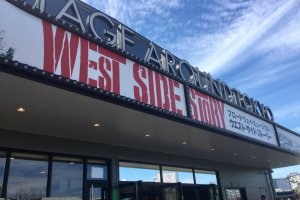 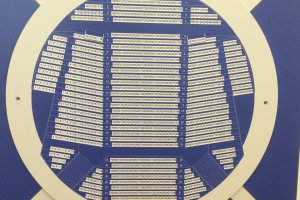 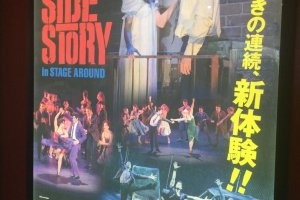