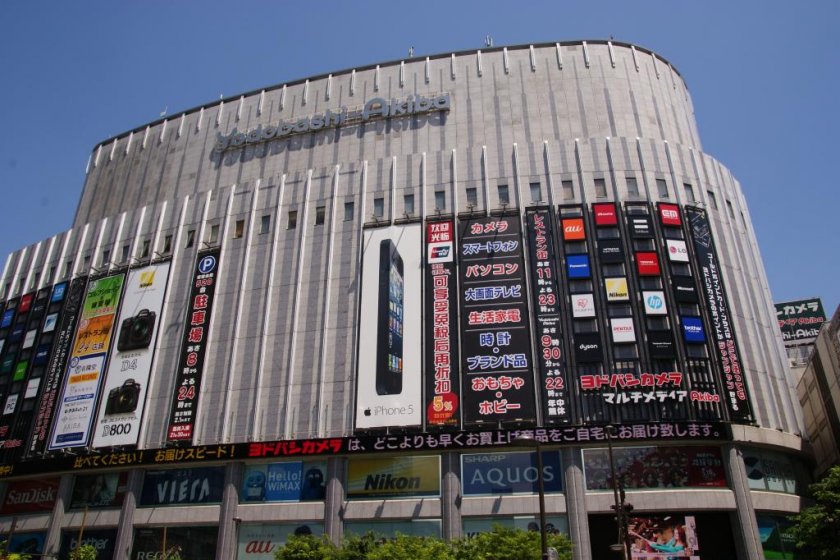 Novices, self-proclaimed photogs and bona fide professionals are all seduced by the technological utopia that is the Japanese camera shop. Simply put, the selection of every single camera-related gadget, accessory and piece of equipment is astounding. And it’s not only the selection, but also the sheer volume of items on display that is equally jaw-dropping. I would hazard a guess that the typical Japanese electronic camera store has more equipment in stock in one of its megastore locations than a typical American state or moderately-sized country.

I arrived in the early afternoon to the usual throng of humanity as I exited Akihabara station and promptly made my way over to the behemoth building next to the station that is the nine story Yodobashi Akiba megastore. I had a simple task: purchase a back-up lithium-ion rechargeable battery for my Sony dslr camera. The store has to be seen to be believed and I would argue that visiting a large electronic store is one of those quintessentially Japanese experiences everyone will enjoy - even if you have no intention of purchasing any products.

It is at this point that I must offer a financial caveat. Even though Japanese camera stores have a larger selection, it doesn’t necessarily mean the item you want will be cheaper than in your home country. A helpful and practical rule of thumb is know the specific equipment you are interested in, price it out in your home country prior to your arrival, and then compare once you arrive in Japan. Some items aren’t a deal while others are considerably less expensive than at camera retailers in North America. It’s also important to note that while there is no bartering in the large chain stores, you can haggle and negotiate price at some of the smaller electronic stores throughout Akihabara.

Although the larger stores have staff members who speak foreign languages, it is advisable to bring your equipment along to the store (within reason of course) and write down the specific items you are interested in buying. If you, for example, were to present a note that stating the following: Sigma 18-250 mm 3.5 – 6.3 Macro HSM for Sony Alpha - there is a very good chance the store clerk would be able to locate the item. In my case, I simply popped out my camera battery and within two minutes I was purchasing a brand new battery with my foreign-issued credit card. The price was almost identical to what it would have cost me in Canada, so I was happy to make my purchase and travel with a back-up on-hand for the rest of my trip.

In addition to a wide selection, foreign visitors who spend more than ¥10,001 on any given day in a single shop are entitled to receive a refund of the 5% consumption tax. The refund is typically issued by larger stores, such as Yodobashi, who deal with tourist clientele on a regular basis. In order to qualify for the refund, purchasers must show their passports. Some items don’t qualify for the refund, such as cosmetics, food, alcohol, film and batteries as these items include the consumption tax in the purchase price. So I got my battery, but no refund. 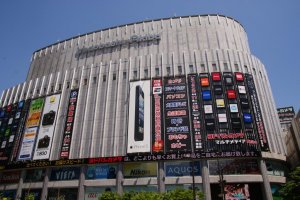 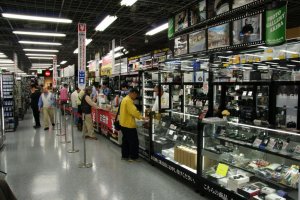 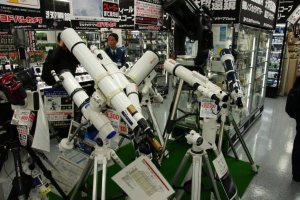 Sarah Conde 7 years ago
I spent wayyyy too much time in this store. The variety of electronics and often random selection of goods was astounding.
Reply Show all 0 replies

Tao Kawase 7 years ago
You can experience the massiveness of these electronics mega stores in other places too. The cool thing about Akihabara is how many there are!
Make sure you go to the world famous maid cafe while you're there... (even though I have never been myself..)
Reply Show all 0 replies
2 comments in total