Getting around the city, made easy

When exploring a new city, I'm always impressed when public transportation is easy, efficient, and inexpensive. Tottori City is one such place that meets those requirements through their Kururi bus service.

The service has three different color-coded buses - red, green, and blue - which cover three different routes across the city. The routes begin just after 8 am each morning and run through until around 6 pm in the evening, covering a number of the most popular tourist attractions that Tottori has to offer. For instance, the green route will take you past the Warabekan toy museum, the historic Jinpukaku mansion, and the Tottori Folk Crafts Museum to name a few. The red route is a great one for nature lovers, stopping by the Kannon-in temple gardens and Ochidani Park, both of which are gorgeous in the autumn months. The blue route would be a handy one if you lived locally, as it stops by the City Hall offices, the local hospital, and the prefectural library. During operating hours the buses depart in approximately 20 minute intervals, with a full route of any line taking 33 minutes to complete.

As for the cost to use the bus service, it's only 100 yen for a ride, and if that wasn't enough of a bargain there are also multi-use tickets available for purchase at the Tottori Bus Terminal. The Kururi exclusive one-day ticket will set you back 300 yen, but allows multiple trips for that price. If you live locally, they also offer monthly commuter passes for 3000 yen, which would be a great way to save on parking costs and do your bit for the environment at the same time.

The full timetable list and stops for each route can be found on the Kururi Bus website. 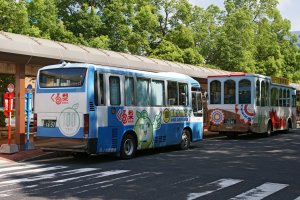 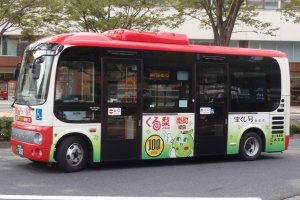 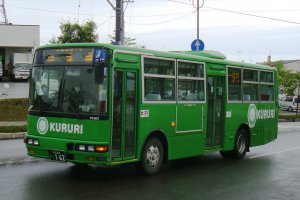