The best places to explore in Tottori Prefecture

Tottori Prefecture is one of Japan’s best-kept secrets. Located in the Chugoku region along the coast of the Sea of Japan, the prefecture is rich in history and natural wonders that are worth checking out. Here is a list of the top ten places you must go see in Tottori.

Sanbutsuji Temple can be found on Mt. Mitoku at an elevation of 900 meters. Nageire-do, the inner temple found at the rear, is recognized as a National Treasure due to its rare architecture. Built into the cliffside of the mountain, Nageire-do appears to be floating in the air and is definitely something worth seeing. Although it’s unknown when exactly Nageire-do was built, legend remains that it was thrown up from the ground below onto the mountainside through the spiritual power of monk, En no Ozuno, who was the founder of the Shugendo religion which was practised at the temples here. Getting up close to the temple requires a trek up some narrow and rough mountain paths, which require the proper gear and some stamina. However, there are some great viewing spots from the road down below as well if you are not prepared for the hike up.

Ranked third on NHK’s list of “Japan’s Greatest Summits” and part of the Daisen-Oki National Park, Mt. Daisen is the tallest mountain in the Chugoku region. Comprising multiple peaks, the official summit is at the Misen Peak (1,709 m) which provides stunning views of the surrounding areas. From hiking in the summer to skiing in the winter, you can enjoy the mountain and its impressive landscapes and colors in any season, Mt. Daisen is also considered a sacred mountain where monks once practised mountain asceticism and was closed to visitors until the Meiji Restoration. Today it still contains much-unspoiled landscape making it one of the most popular mountains to climb in western Japan.

Daisenji Temple is a Buddhist temple located on Mt. Daisen. The origins of Daisenji Temple date back to the Heian Period when it was a Buddhist training center for its ascetic practices of Shugendo. Originally the complex had more than 100 temples with 3,000 monks, but today only a handful of these temples remain, with the main building having been restored in 1951 after it was destroyed by fire in 1928. Inside you will find a statue of the Jizo Bosatsu and wooden carvings of the Amida Buddha, all of which are classed as important cultural properties.

Named after the popular manga artist Mizuki Shigeru, well-known for his Yokai manga series GeGeGe no Kitaro. This road is located in Mizuki’s hometown of Sakaiminato and extends from Sakaiminato Station right into the city center. Enjoy strolling down the 800-meter-long arcade lined with around 177 bronze statues of Mizuki’s manga characters, each displayed with information. Don’t forget to come back at night to see the statues lit up – the yokai almost seem to come alive in the darkness of the night. There are also shops along the road selling unique goods related to the characters, perfect for that special souvenir to take home.

A visit to Tottori would not be complete without checking out the sand dunes. Created over thousands of years, the dunes cover an area of around 16 km along the coast of the Sea of Japan resulting in this spectacular landscape. There are many attractions you can try at the dunes such as camel riding and, for the more adventurous, sandboarding and paragliding. Sandboarding courses at the dunes cost 2500 yen for two hours, which includes the necessary gear and instructor. The paragliding courses at Zero Paragliding School run for four hours and cost 7000 yen.

Not too far away from the sand dunes, you will find the Tottori Sand Museum. Here you can find large-scale sand sculptures on display by artists from around the world. Once held outdoors in temporary structures, the museum has since attained its own building for its displays and is Japan's only open-air museum exhibiting sculptures made of sand. The exhibitions change annually and run from mid-April to early-January, so be sure to check them out while you can.

Manga and anime fans will not want to miss a trip to Conan Town, which is the birthplace of the artist Gōshō Aoyama who created the longest running manga and anime series, Detective Conan. The town is officially known as Hokuei, with the local station being renamed Conan Station in 2013. This station has a gift shop with Detective Conan goods and books, as well as tourist information about Conan Street, Conan Bridge, and the Gōshō Aoyama Manga Factory, which is a museum opened in 2007 to showcase Gōshō Aoyama’s manga works.

Located along the scenic coast near Tottori City, Hakuto Shrine is supposedly where the myth of the White Rabbit of Inaba originated. This myth dates back to the early 8th century. The rabbit’s spirit is said to be enshrined here and placed all around the shrine you will find small rabbit statues. Legend has it that the rabbit was a matchmaker for Okuninushi and Princess Yakami and is said to be a shrine for giving good luck in love and marriage.

An Edo period temple constructed by the Ikeda family, Kannon-in is a temple of the Tendai sect of Buddhism and is most famous for its Japanese style garden with a large pond surrounded by perfectly manicured trees. The pond features tiny islands that represent a crane and a turtle, which are symbols of longevity and health. Take time out to relax and observe the beautiful garden with fresh matcha tea for sale in the temple building, accompanied by traditional Japanese sweets.

Kurayoshi is a historic castle town with picturesque townscape filled with quaint merchant houses and white-walled warehouses. The town also has a wide selection of lovely ryokan (Japanese inns) with onsens (hot springs) to chose from. A good example is Sekigane Onsen, famous for its high mineral but clear and odorless spring water - it has been included on a list of the 100 best onsens in Japan. After travelling around all day, a soak in Kurayoshi’s onsens is sure to get you relaxed and ready for another day of adventuring in Tottori. 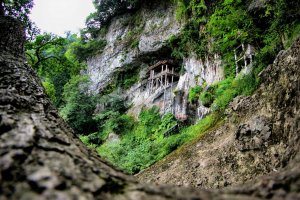 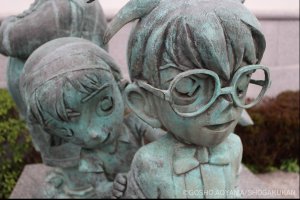 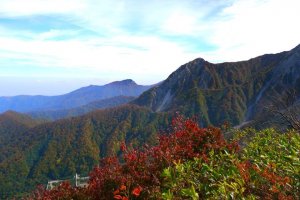 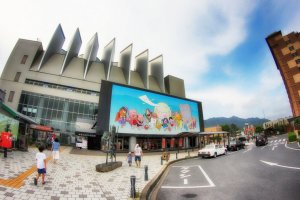 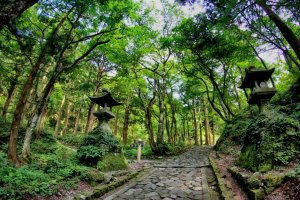 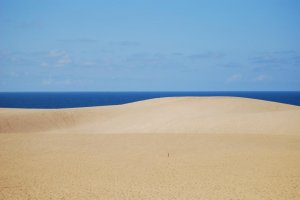 Lynda Hogan 4 months ago
Great suggestions. I am particularly looking forward to visiting the sand dunes in the future.
Reply Show all 0 replies

Yoshimi Dan 6 months ago
I love readings many articles related to several interesting places in each prefecture! Thank for your valuable collection!
Reply Show all 0 replies

Novia Mardasari 9 months ago
Is it sea? View from Kurayoshi Onsen
Reply Show all 0 replies

Susan Tumanon 9 months ago
I love the picture of "Mitokusan Sanbutsuji Temple". I never thought I would see such kind of temple here in Japan.
Reply Show all 0 replies

Luca De Pasquale 11 months ago
Perfect list to enjoy one of the most authentic and underrated prefectures of Japan !
Reply Show all 0 replies
8 comments in total
Back to Contents