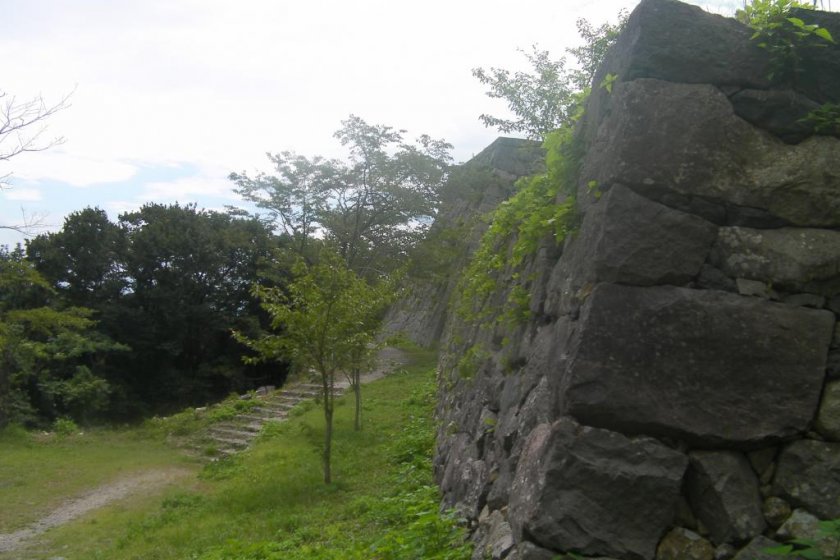 The best view in the city

The sign at the bottom of the mountain that the Yonago Castle Ruins rests on says that a person in their 40’s should be able to make it to the top in twenty minutes. Although I turned forty this year I thought I could do better than that. On your mark, get set, go! What started as a run, as I passed some old buildings, a multipurpose field and some trees, turned into a jog by the time I got to the second set of log steps up the mountain. This was followed by a rapid walk by the time I reached the base of the stone foundation. I ended up stumbling to the top to be welcomed by a spectacular panoramic view of the city.

The ruins are the remains of a castle that existed for hundreds of years until it was dismantled at the beginning of the late 1800’s. This was the time of the Meiji Restoration when the power of local lords had waned. The castle towers were deemed unnecessary and according to what I’ve read the wood was used to heat the water of bath houses at that time.

There is gazebo at the top of the ruins where I caught a local man napping. Benches offer a place to sit and rest after the long hike. Looking out over the city, to the left you can see Lake Naka Umi. Straight ahead there is the Japan Sea and I’ve heard that you can even see the Oki Islands on a clear day. To the left you can see Mt. Daisen which stands like a mini Aconcagua with its own weather system.

Getting to the castle ruins is a bit tricky because there are few signs to guide you. If you come to Yonago by train you can walk to the base of the site in about 40 minutes. If you come by car you’ll find parking a problem because there isn’t much. The entrance to the path requires a little intuition to navigate but once you start it is easy to stay on. If you have enough time there are side paths all over the ruins that can be explored as well. 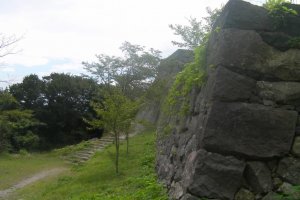 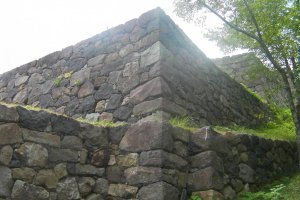 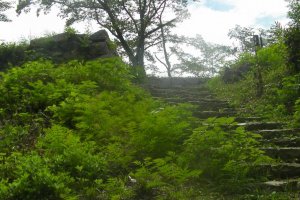