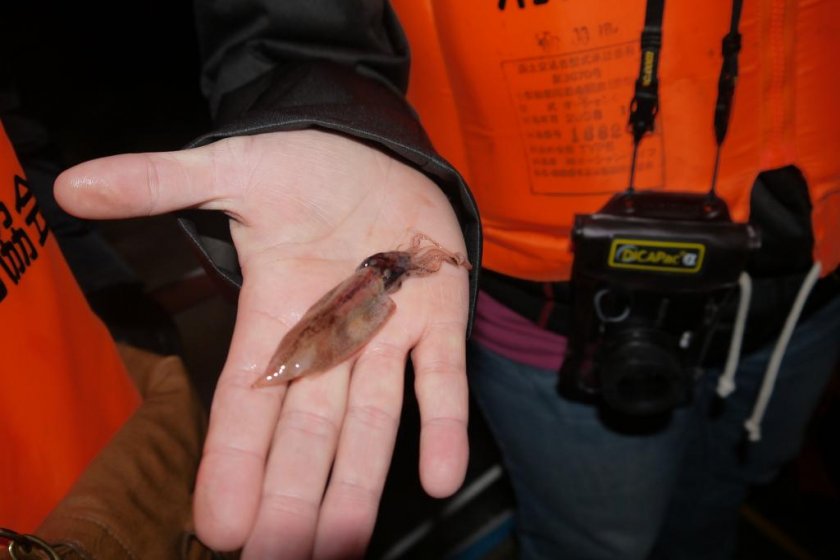 Viewing One of Toyama's Great Treasures

A close-up of a hotaruika

It’s 2:30 a.m. on a clear Monday morning in the early spring, and instead of being tucked inside my bed resting before a new work week, I am walking in the dark toward a boat off of the Sea of Japan coast in Namerikawa City. Along with about 40 others, I strap on an orange life preserver, make sure my red cap is secure on my head and prepare myself to view one of the most unique phenomenons in western Japan – deep within the vast pitch black sea, ホタルイカ, or firefly squid, light up blue in the middle of the night.

Hotaruika are squid with a natural fluorescence that causes them to glow in the dark (their hue resembles a neon blue). Their mating season runs from March to about early June, and Namerikawa City, home to the world’s only firefly squid museum, runs boat tours where visitors can see the squid up-close and even eat them fresh from the sea. The squid are caught during this season and considered a delicacy throughout Toyama in the spring.

After about a 20-minute boat ride out to sea, we stopped at an anchored fishing boat where fishermen had set up a net of caught hotaruika. Dozens of seagulls swarmed the net, squealing in delight and eating as many of the hotaruika as possible. When they trapped one in their mouths, we could see the squid light up blue in its final moment of life. After about 10 minutes of waiting, all of the lights around us were turned off and the fishermen shook the large net, spurring the hotaruika to shine in the pitch black of night. The sea suddenly resembled a neon sign akin to those hundreds of kilometers away in Tokyo. The squid wiggled and squirmed, fighting to get free. With small nets, some of the fishermen then threw the hotaruika up in the air. The squid produced a light so rich that it looked like fireworks in the sky.

Amid aaahhs and claps from all passengers on the boat, the fishermen waved goodbye. We departed to our second destination, a second boat where the fishermen once again threw the hotaruika in the air and hauled them onto the boat in large carts. This time, they fried the hotaruika above an open air fire and offered them to all of us on the boat. A few minutes later, we waved goodbye and departed back to shore.

The glaring city lights ahead of us made Namerikawa, a fishing town of about 30,000 people, look like a big city. Behind us, the only light visible was the fading blue hue of the hotaruika. Without a doubt, this boat ride was my most unique experience in Japan so far.

Boat tours, which cost 4,500 yen, have ended for the year. They sell out quite quickly, so it is best to start booking as soon as possible for next year. More information on future tours can be found at the Hotaruika Museum website. 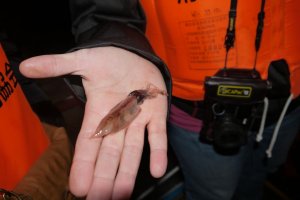 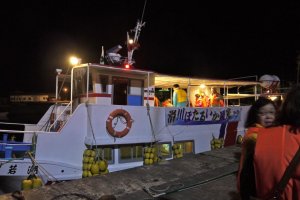 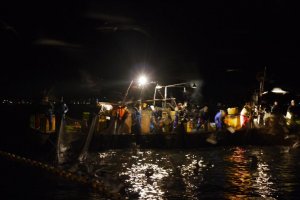