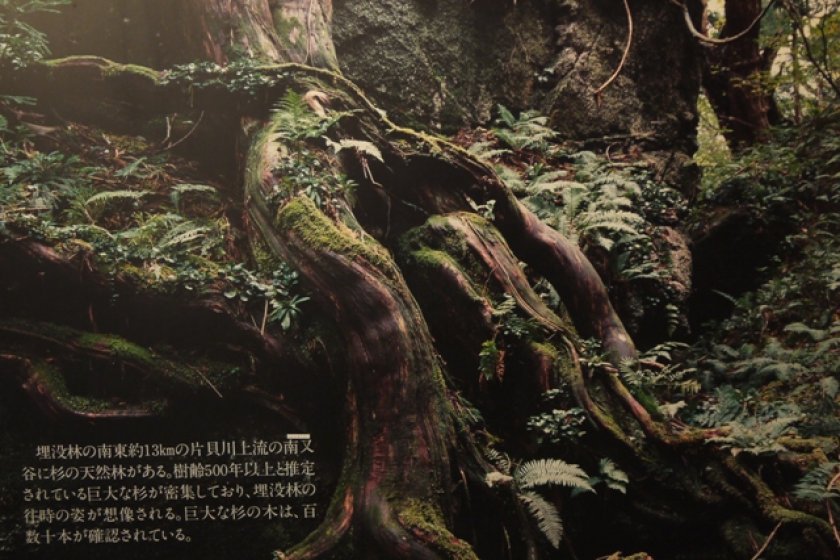 Life in an Underworld

Poster of the Buried Forest

In 1930, as workers constructed the Uozu Port, they discovered the eerie hidden underworld of a forest buried in the Sea of Japan some 1,500 to 2,000 years ago. It is thought that sand and soil run off from a heavy flood buried the forest. The sea level gradually rose after that, erasing all traces of the forest for thousands of years.

Although large parts of the forest’s remains were removed during construction of the port, the wonder of the forest attracted the attention of scientists worldwide, and many parts of the trees’ roots and trunks were carefully preserved.

The museum is spread throughout three distinctly designed buildings constructed near the site of the discovery. The design of each building represents a unique part of Uozu’s history – a “Tatemon” float in honor of the city’s famed Tatemon festival; a cedar tree; and a time capsule.

The forest consisted mainly of Japanese cedar trees ( 杉 ), and some large trunks on display can be touched by visitors. The roots of the trees can be viewed through a large tank kept in cool water in the dark to prevent overgrowth of algae. Scientists believe these same conditions – cool water and the lack of light – kept this forest preserved for so long before it was discovered. The forest was also once a budding habitat, harboring many types of life. In 1989, fifty-nine years after the initial discovery of the forest, scientists also learned that 60 plant species and 40 types of insects lived in the buried forest.

Most signs in the museum are in both English and Japanese, and visitors can also watch a short video (in Japanese) about Uozu’s famed shinkirou, a phenomenon where cool and warm air mix to create a mirage in the water visible in the spring. During the mirage, objects in the sea, such as ships, appear to grow and stretch.

Read more about the museum on the Uozo City website (Japanese only).

Sheila Burt is a resident of Toyama prefecture, where she teaches English and blogs at www.sheilaburt.com. Prior to moving to Japan one year ago and falling in love with many aspects of Japanese culture, she worked as a freelance journalist for The Chicago Tribune, Time Out Chicago and other Chicago area publications. She loves learning about Japan and writing about the many nuances of life in a small Japanese town. 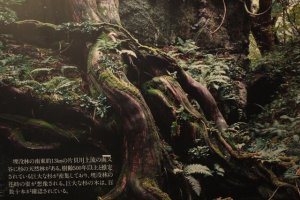 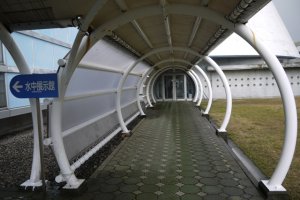 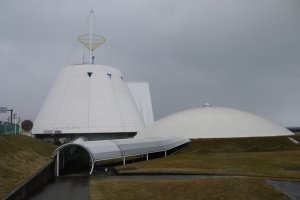