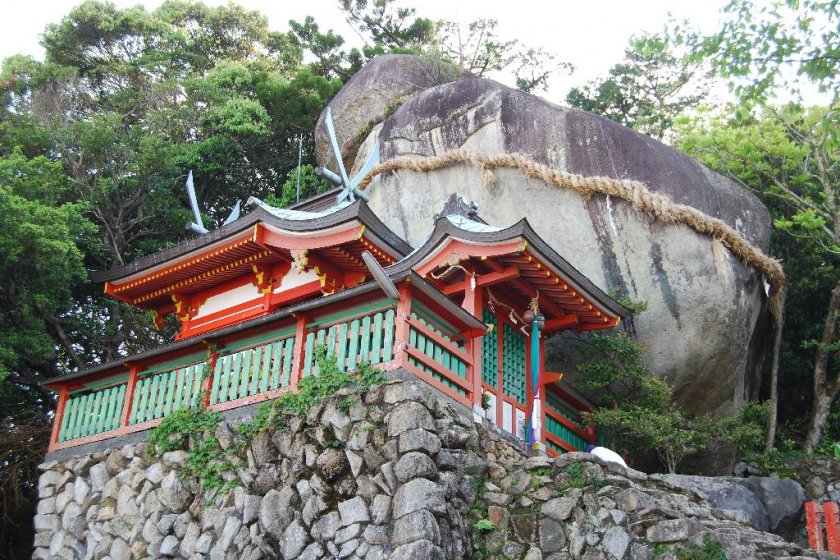 Where the Kami-sama reside in a big rock

Gotobiki Rock - Residence of a kami-sama high up a cliff overlooking Shingu City.

A massive bolder is crowning a cliff that steeply rises from the ground and that is overlooking Shingu City located in the southeast of Wakayama Prefecture.

This is the location of Kamikura Shrine, described as one of the oldest sacred places in the Kumano area that even pre-dates Hayatama Taisha, the Kumano Sanzan’s third Grand Shrine in addition to the Hongu Taisha and the Nachi Taisha.

The shrine ground is an atmospheric place with a good view over Shingu City and out to the Pacific Ocean, but it can only be reached by climbing over 500 steep stone steps leading to the top of Mt. Kamikura.

Gotobiki-iwa, a massive rock, considered to be sacred, near the summit of Mt. Kamikura is the object of worship.

Natural objects of worship like this are called shintai in Japanese, which means “body of a kami”. It is believed that kami-sama, the Japanese Shinto gods, reside in them and a sacred rope around them, called shimenawa, shows that these objects are considered sacred by the Japanese.

In the case of gotobiki-iwa, the Shinto God Kumano-sansho-okami is said to reside here and is being venerated here by the locals. This kami-sama has chosen a worthy spot to reside and getting there is no mean feat.

The Kamikurasan-no-ishidatami (Mt. Kamakura’s Stone Steps) are a very steep flight of stone steps that lead up to the summit from the base of the mountain. Built from field stones fitted together, the 538 steps have irregular shapes and sizes.

A red-lacquered torii gate at the base of the stone steps is tempting visitors to tackle the steps. Climbing a few steps I soon realized that getting to the top would not be easy. I thought that I was fit but walking up there made me huff and buff all along and work up a right sweat.

For once there is no alternative way to get to the kami-sama and to the city view, like a gentler concrete road or a ropeway as can be found in many other places in Japan. Hence, this place is difficult to visit if you are not good on foot. If walking up was tough, walking down was not any easier either. The stone steps have such an irregular size, sometimes the step is shorter, sometimes larger, that I had to walk extremely carefully.

If taking this walk was a daily routine, I would loose a few kilo quite easily, I thought. No such considerations are made by the men and boys who gather here on February 6 each year, the day when the Oto Matsuri, a fire festival, is held.

Himatsuri, fire festivals, are typically celebrated at a change of season and they are quite common in Japan. They are just as spectacular as hanabi, the country’s famous firework displays in summer.

At the Oto Matsuri only men are allowed to participate. Women may watch from a distance but they cannot take part in the festive action after sunset, which consists of racing down the stone steps at breakneck speed while carrying fire-spitting torches.

Not sure what is more on fire here, the torches or the hearts of the men and boys who carry them.

Find out more about Kamikura Shrine. 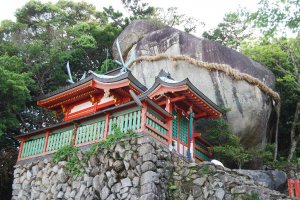 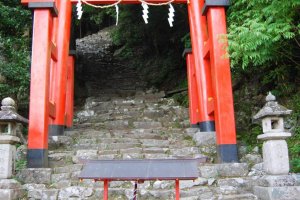 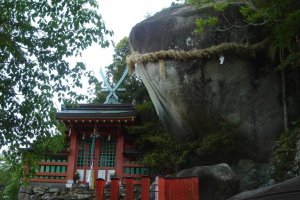 Alena Eckelmann Author 8 months ago
Kamikura Shrine in Shingu is a highlight for those who are not scared walking up and down very steep stone steps. This shrine is located in walking distance from the Hayatama Shrine, and going there is a nice extension after a Kumano River boats trip with Kawabune.
Reply Show all 0 replies
1 comment in total