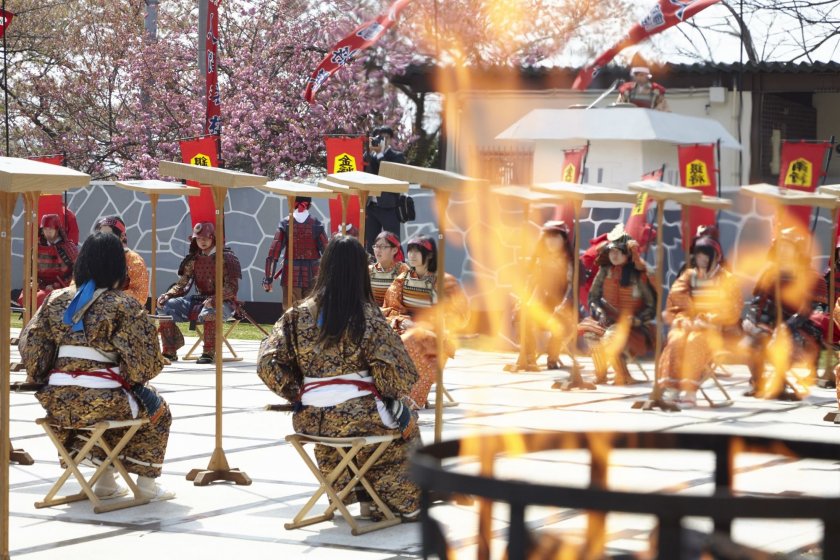 Ningen Shogi is a “Human Chess” event that occurs every April in the city of Tendo, Yamagata. Set under rows of blooming cherry blossom trees, Ningen Shogi is the most popular activity during Tendo’s annual Sakura Matsuri.

The city of Tendo, Yamagata is the only town to hold this unique Human Chess event. Why Tendo? Tendo City has the largest shogi production site within all of Japan. Shogi pieces, or koma, started being produced in Tendo during the late Edo period. To preserve the culture of shogi-making, Tendo city holds various shogi-related events yearly to spread awareness and cultivate interest among the new generation. Ningen Shogi is the event that draws the most crowds, due to its unique interactive nature. The first game of Ningen Shogi was first played in 1966, atop Mt. Maizuru.

The Tendo Sakura Matsuri lasts for the whole month of April, however, Ningen Shogi is only held on one weekend. Visitors gather around the 16m x 14m life-sized shogi board in Tendo Park to watch the games play out. The games of Ningen Shogi are set in the Edo period, 400 years ago when war was still raging. Much like the scene in Harry Potter, the human shogi “pieces” are dressed to play the part - in kimonos and warrior armour. 40 volunteers, often locals and high school students, are instructed to move across the board by professional shogi players. Aside from watching the game, festival visitors can also enjoy performances, carnival games and cherry blossom illuminations.

If a game of human chess sounds like your cup of tea, visit Tendo city during April.

About 20 minutes on foot from Tendo Station to the Maizuruyama summit (Tendo Park).

On the days when Ningen Shogi is held, a shuttle bus runs due to traffic restrictions. Take the bus from the city hall and Tendo station to Mount Maizuru, which costs ¥100. 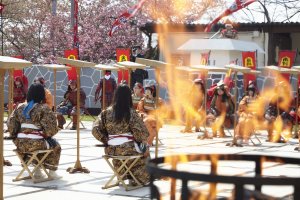 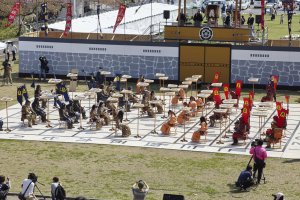 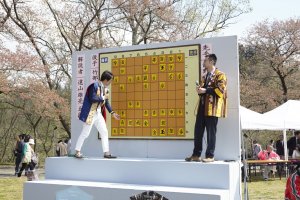 Sherilyn Siy 2 years ago
When one piece captures another, I wonder if they act out the capture (i.e. the human shogi pieces pretend to attack, defend, and fall). That would be really interesting to watch if they did.
Reply Show all 0 replies

Sleiman Azizi 2 years ago
Wow, what an awesome idea! I used to play a bit of shogi way back in the day. Forgotten most of it now but it was fun.
Reply Show all 0 replies
2 comments in total