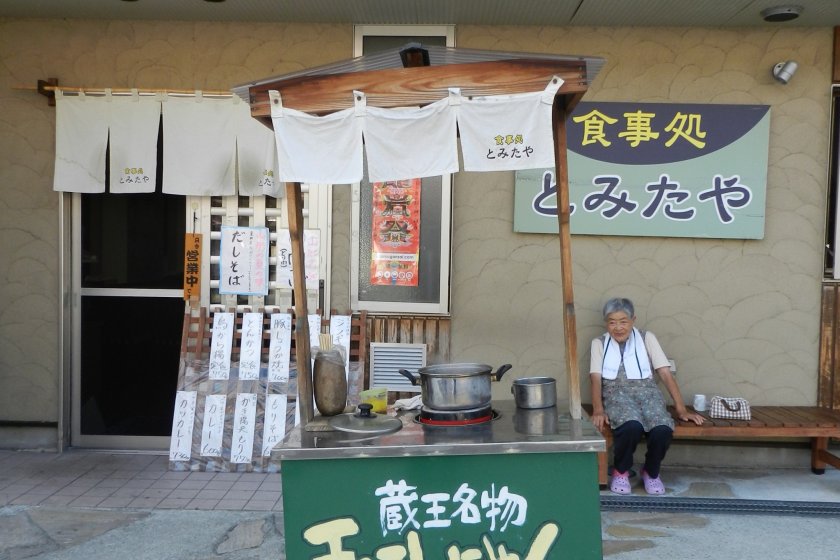 Look out for this lady selling her ¥100 dango.

Unlike most of Japan, lamb is popular in this part of Yamagata, and it is almost always eaten barbeque style.

So, when I was invited to a lamb barbeque lunch—called Jingisukan (Genghis Khan) in Japan—I jumped at the chance to nom on some delicious, delicious meat.

In the little onsen town of Zao for the day, we had our pick of lamb restaurants, and we chose one called Tomitaya; a tiny, unprepossessing little place on the main road, with a little old lady outside selling konyaku dango from a stall.

We opted for the lamb barbeque set lunch (around ¥4000 for three people), and when it arrived, I was overwhelmed by the amount of food that showed up.

There was a plate of slices of raw lamb, a heaping plate of vegetables—cabbage, onion, eggplant, mushrooms and bell pepper—miso soup, pickles and all-you-can-eat rice, as well as the dipping sauce and ground garlic and ginger.

Undeterred by the challenge, we heated up the traditional local style grill—a round, cast-iron hot plate, with the distinctive peak in the middle, almost like a lemon juicer—and started cooking the first half of the meat and vegetables using the metal tongs provided.

As it began to be cooked, we used chopsticks to help ourselves to mouthfuls of lamb and seared vegetables, which we dunked in the strongly flavored sauce, added a scoop of rice, and devoured.

The staff explained in detail the best way to arrange the meat and vegetables for cooking, and was very obliging about bringing extra things to the table like more sauce and a bowl of rice for the four-year old.

Food eaten in this communal way almost always tastes better, in my opinion, and this was even better than usual. The first round of food was quickly gone, and we threw the rest of it on the hot plate to cook.

Luckily, the end of the food coincided with the end of our ability to eat, and we paid up and staggered out, feeling very happy with our Zao lamb barbeque experience.

Even in the peak of summer, this was a great meal, but I can only imagine how good it must be in the depths of winter after a day on the slopes. 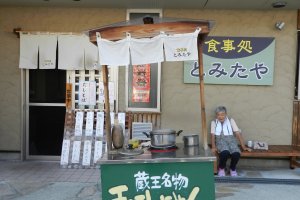 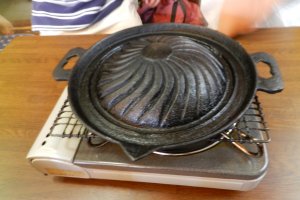 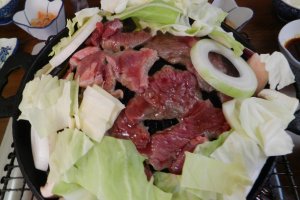 Victoria Vlisides 4 years ago
OMG! Lamb...I had no idea. Thank you!
Reply Show all 0 replies
1 comment in total