The Old Inn Village of Akasawa-Juku

Clinging to a steep hillside in Yamanashi, halfway between two sacred mountains, is the village of Aksawa-juku. The beautiful old buildings of Akasawa-juku once offered shelter to pilgrims and worshipers traveling on the post road between Mount Minobu and Mount Shichimen.

Akasawa-juku dates back to the Kamakura period. During the Edo Period the town became busy and prosperous. The head temple of the Nichiren Sect of Buddhism, Kuonji, was and still is located on nearby Mount Minobu, attracting many visitors and pilgrims. During the Meiji Era, numerous religious study groups named “Minobu-kou” sprang up in Akasawa-juku, and these took place at the inns.

In Akasawa-Juku’s Meiji Era heyday nine inns operated in a village of about forty houses. Many villagers were involved in hospitality, but others worked as porters, palanquin carriers and even “pushers” (I could certainly use a pusher when I’m trying to climb a steep hill!) However at the beginning of the Heisei Era only still six inns were still operating. Three inns hung on until 2000, but today only one of the lovely old buildings still functions as an inn. It has been handed down in the same family for 27 generations.

Akasawa-juku’s decline can be blamed on a shift in cultural focus from spirituality to recreation, and also on the rise of the motor car. Ancient narrow mountain roads become redundant as Japan’s network of highways bypasses many special and worthy places and herds all drivers to the same destinations.

Preservation and restoration efforts have been ongoing for decades. In 1993, the town was designated as an Important Cultural Buildings Preservation District with the same importance rating as Shirakawa-go.

The village itself is quite small. The Japanese Alps enclose the village and recede into the distance in blue layers. They day I was there, they were wreathed by low clouds. Far across the valley a waterfall tumbles down the opposite mountainside. A narrow road winds between old-fashioned wooden buildings and gardens full of flowers. The atmosphere is peaceful and the mountain air is clean. You can hear running water – there is a water system providing clean drinking water at intervals as you climb the sloping path. Speaking of paths, there is magnificent stone paving such as you might see at a temple in Kyoto running through the village. Many artists and photographers find inspiration in this mountain village.

The skillful workmanship of the wooden buildings is obvious. Surrounded by abundant forests the area produced many skillful lumberjacks, sawyers, and carpenters. During Edo Period the inns were mostly single story buildings, but in the lower part of the village many inns were converted to two story buildings in the Meiji Period. One unusual feature of the inns is the painted sign boards under the eaves of the old inns, bearing the names of the Minobu study groups that favored each particular inn.

The last operating inn is called Edo-ya (ya means ‘house’). Large, impressive Osaka-ya has a striking iron roof. Shimizu-ya now houses an information center and pleasant rest space for visitors. Drinks and snacks are available, and you can enjoy art exhibitions and wonderful views over the village and surrounding mountains from the second floor. Musashi-ya is now home to an excellent soba restaurant. If you appreciate old Japanese buildings you will certainly enjoy this village.

Highlights of the calendar year in Akasawa-juku

I visited Akasawa-juku on a rainy day in early autumn, and was enchanted by it, but there are seasons and events through the year that make the village even more attractive. In spring numerous cherry trees of several different varieties create and extended cherry blossom season. In autumn the hills around the village burn with color. If you visit at Obon (August 15th) the streets will be lit by glowing lanterns after dark. Because of the remote mountain location the stars are extremely beautiful on clear nights. Although the village was subjected to heavy snowfall last winter, the area usually only has 10-20cm of snow in winter. No doubt the village in snow is a very pretty sight.

How to get to Akasawa-juku

Unfortunately getting to Akasawa-juku is not so easy. The best option is probably to drive. It is only about two hours from Tokyo. Something you might want to know in advance is that the last stretch of road up to the village is steep and narrow.

You could take a highway bus from Shinjuku to Minobu, or travel by JR Minobu Line to either Shimobe-onsen Station or Minobu Station. From Minobu Station there is a Hayakawa Town municipal bus to Narada-Onsen. Get off at Akasawa Iriguchi (赤沢入り口) and hike up the hill to the village. If hiking's not your thing, get off at Iitomi (飯富) and take a taxi to Akasawa-juku (you should make a reservation for the taxi at least one day in advance (Japanese only). 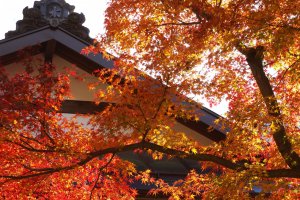 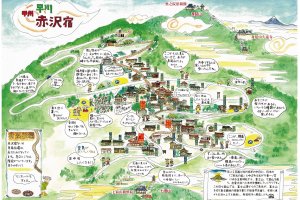 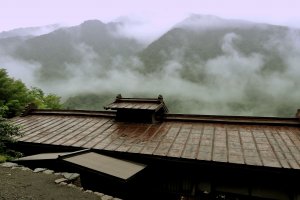 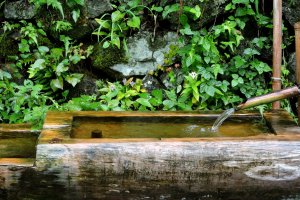 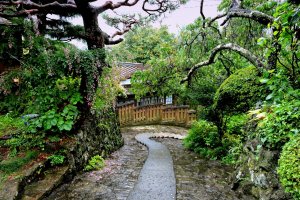 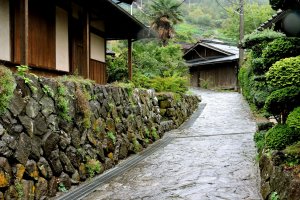