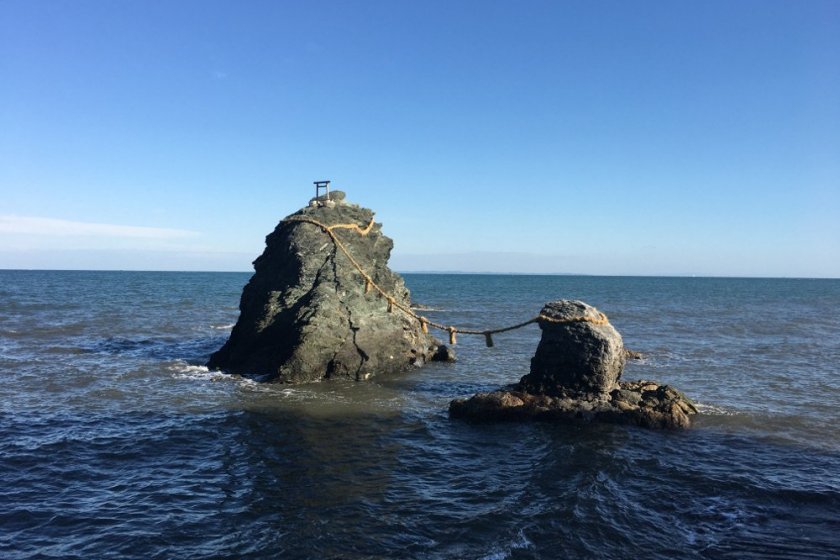 Explore the Heart of Japan

Discover the Historic Paths of Mie, Gifu and Aichi

Are you done with the stereotypical sights of Tokyo, Kyoto, and Osaka? Do you ache to see what the “real” Japan looks like, but don’t know where to start? Look no further than the Chubu region (Chubu means central), where the historic prefectures Aichi, Mie, and Gifu come to life. Stop by the “heart” of Japan to dig deeper in the country’s rich history through bustling cityscapes and quiet forest paths.

Aichi: Castles on the Tokaido Trail and Sakura in Autumn!?

Aichi Prefecture has a long history of acting as a bridge between eastern and western Japan, thanks to its positioning on the Tokaido trail – the seaside route between Kyoto and Edo (old Tokyo). Despite its great location – or maybe because of this – it’s often overlooked as a destination itself. Which is a shame, because people are missing out! It’s a fascinating place to explore for history buffs and tech savvy peeps alike.

Okazaki Castle, where Ieyasu Tokugawa was born – he is credited with being one of the three main lords unifying Japan is a picturesque place with high tech diorama displays. Nagoya Castle was rebuilt in the Edo Period on the very place where old Nagoya Castle stood. The old Nagoya Castle housed Nobunaga Oda — another lord credited for laying the grounds for unification — and is conveniently located in the center of Nagoya city.

Further east in Obara, you can witness something truly unique – a beautiful hillside of sakura trees that bloom at the same time as the autumn leaves turn red. Shikizakura (winter cherry blossoms) are smaller than their spring counterparts, but the contrast between the delicate soft white flowers and bright red fall leaves is a spectacular sight.

Beautiful Arimatsu town is part of the Tokaido trail and many people passing through bought the town’s claim to fame – handmade shibori (a type of tie-dye) fabrics. Stop by the Arimatsu-Narumi Tie-Dyeing Museum to try your hand at the craft, or simply watch the professionals demonstrate how this intricate method is done.

Toyokawa Inari Temple has a fascinating mixture of Buddhist and Shinto roots. Although it is now technically only a Buddhist temple, it retains some of its Shinto shrine characteristics. One Shinto remnant is a small hill littered with hundreds of fox statues in varying sizes, shapes and designs. These are left here be worshippers as a testament to their gratitude after something they have prayed or wished for has come true. It’s an impressive sight, and slightly emotional when you realize so many people have been able to solve their problems or overcome their illnesses.

Mie: Home of the Gods, Ama Divers and Ninja Cats

Southwest of Aichi lies Mie Prefecture, which is shrouded in a special mystery, made up of myths spun throughout the ages. Here you’ll find Ise Jingu, earthly home of the sun goddess Amaterasu, and one of the most important shrines in the Shinto belief system. You’ll find the true soul of Japan as you walk through the expansive shrine grounds – they’re roughly the same size of Paris, and consist of a total of 125 shrines.

From the spiritual side to the salt of the earth: Mie is also home to the hardy ama divers, a group of women who risk their lives daily by free diving 10 meters into the ocean – sometimes deeper. This is all to scrape abalone – a delicacy in Japan – from rocks. They also catch octopuses, turban shells and other clams. Ama divers have always been important breadwinners in the region and though numbers are declining, the spirit of the ama diver stays strong. Visitors can meet real ama divers at Hachiman hut, and chat over delicious freshly caught seafood, which is grilled over an open fire. (Vegetarian options are also available.)

Head northwest to the other side of a mountain range to find Iga city, home to descendants of Iga clan ninja. Although the city is obviously proud of its ancient mercenary history – you can ride a ninja train to get there – the Ninja Museum makes it very clear that ninja skills were more about brains than brawn. If it came to a fight they could kill in an instant, but it was always better to distract their opponent and then flee, as their main currency was information. You can dress up as ninja and test your skills, or find the traps and tricks inside a real historic ninja house. Be sure to drop by the ninja show, where skilled performers use real weapons as they battle it out and demonstrate awe-inspiring moves.

Cat lovers will want to take a stroll by Murai Bankoen teashop, where a beautiful snow-white cat named Chacha awaits, sometimes dressed up in ninja gear. Stick around for tea and you may be rewarded with a sampling of owner Mr. Murai’s sneaky tricks and tales about his ninja ancestors.

Gifu: Follow the Path of the Samurai on the Nakasendo Trail and Make Fake Food

Heading north to Gifu, you’ll find the Nakasendo trail. Similar to the Tokaido trail, it led travelers from old Edo (now Tokyo) to Kyoto — but in this case through perilous mountains. The approximately 500-kilometer trail would take up to 2 weeks to cross, and post towns along the route popped up and prospered. The Magome-Tsumago stretch is one of the most picturesque on the route, with well-maintained traditional houses and shops. Drop by Ichikokutochi Tea House, where friendly Shiba dog Kinako-chan patiently awaits your ear scratches.

Head west to find Gujo Hachiman, which has a beautiful white castle on top of a hill. If you’re lucky, you can catch a photo of it “floating” on a sea of clouds – but you’ll have to get up early! If you’re not a morning person, head to Food Replica Sample Kobo for a fun and quick experience of making your own fake food. The results look good enough to eat. (Please don’t, though.)

For real food that looks too good to be true, stop by the gorgeous Sougian Matcha, a recently opened café run by a young couple. Here you’ll find perfect Instagrammable parfaits – and they are as delicious as they are beautiful!

Further down south is Mino, a historic washi (Japanese paper made from tree bark) making town. The streets are wide, lined with elegant old houses and shops — rent a kimono from the tourist information center to really look the part.

Even further south is Seki city, which is home to about 50% of Japan’s cutlery production and also to a stellar samurai sword experience. Kazuhiro Yoshida, president of Cutler Sanshu will perform an iai giri demonstration with a real katana sword inherited from his grandfather. Seeing him slice bamboo cleanly in a split second is an awe-inspiring experience. Reservations for this are required, but it’s free! While you’re there you can shop knives and nail clippers, or even better – stop by the recently opened museum where you can see real sword craftsmen at work. For an extra fee, you can even have a go yourself! There are also simpler experiences for children available.

Coming from abroad, the easiest way to get here is via Chubu Centrair International Airport in Nagoya. It lands you right in Aichi Prefecture, and from there you have easy access by train to Mie or Gifu Prefectures. 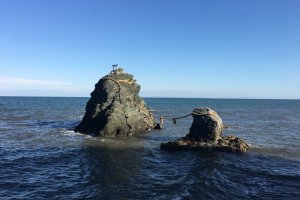 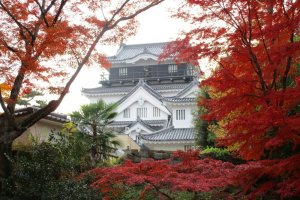 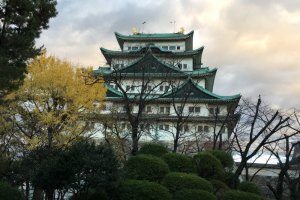 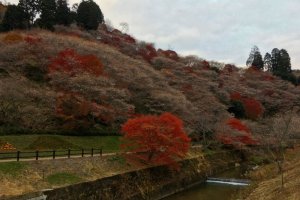 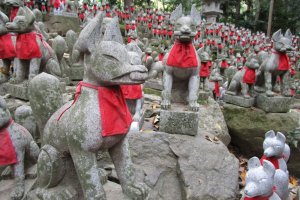 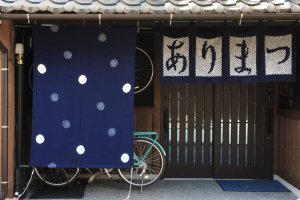 Hồng Hoàng 3 years ago
Hi. Would you mind if I ask you how to add one article on this page? I mean how to become the official author. Show me the details, please!
Reply Show all 0 replies

Lisa Wallin Author 3 years ago
I hope you can make it here! It's got some pretty amazing areas to visit. :)
Reply
3 comments in total