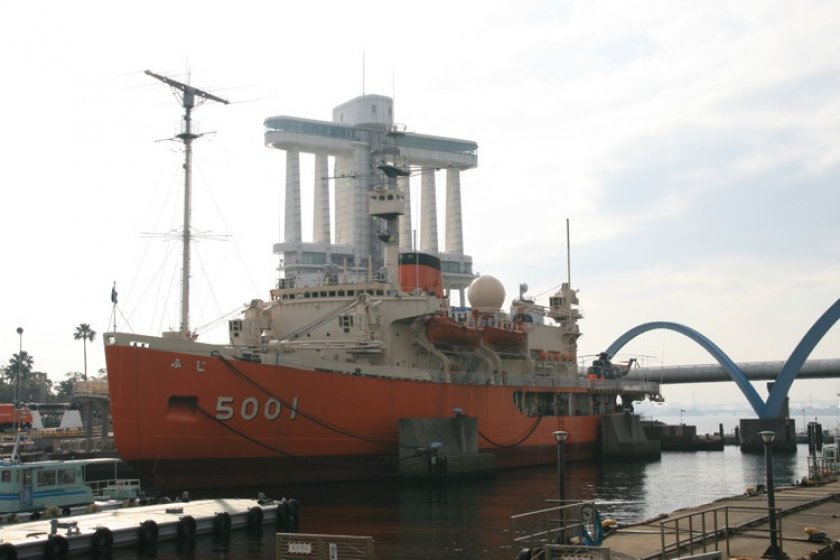 The Fuji at dock in Nagoya Port (Photo: PPF)

Sitting in the Port of Nagoya’s Garden Wharf, opposite the Nagoya Aquarium, is a large, bright orange and white ship with a large Sikorsky Sea King helicopter riding piggy back. This is the Japanese Antarctic survey ship, Fuji, a retired ice breaker that plied the South Pole for 18 years starting it’s first journey in 1965.

100 meters long, 11 meters wide and 22 meters high with a displacement of 5,250 tons, the diesel electric powered Fuji boasted a speed of 17 knots, (about 35 kilometers an hour) and carried a 245 capacity full crew and research team. The Fuji could break through ice as thick as 80 Centimeters. After many successful missions, Fuji was finally retired, and the fate of the icebreaker was in doubt.

In 1985, the Fuji was towed into Nagoya Port for one last time before being stripped down, and put on display as a floating maritime museum centering on Japan’s extensive Antarctic research missions of the 60’s and 70’s. Aboard the ship, visitors can walk around and throughout the three levels of the ship, including the Bridge and research areas. See the helicopter that helped researchers get far into the Arctic interior and safely back on board. Wander through the galley and kitchens and accommodation areas where deckhands, crew and researchers lived and worked side by side in close proximity during the long and arduous missions, and down into the ship’s bowls to view the engines and equipment. Well produced displays and sets help you imagine the difficult conditions experienced by all who served on her, as well as the important research work undertaken on the lengthy voyages.

On the dock in front of the ship is the Fuji Hiroba, a small park featuring a tribute statue to the hero sled dogs Taro and Jiro who were left behind on a mid 50’s mission, only to be found alive a year later having survived alone in the bleak and freezing conditions. There is the Fuji’s propeller and drive shaft, an anchor and even one of the futuristic looking track driven snow vehicles used by the researchers. This particular unit saw service over a 20 year span in the South Polar region.

Children will love the opportunity to explore the ship, while adults will appreciate the displays and the difficult conditions under which the vessel operated. Tie the trip in with a visit to the Aquarium, port building and lookout, museum and other top class attractions at the Port of Nagoya for an enjoyable and educational day out! 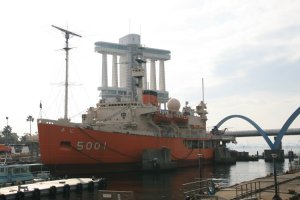 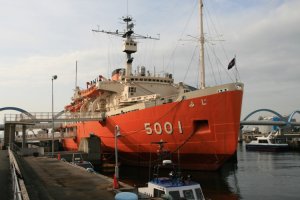 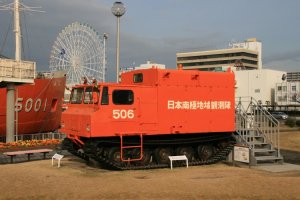 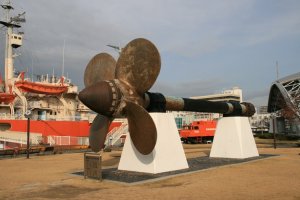 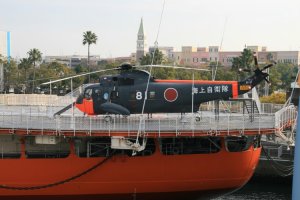 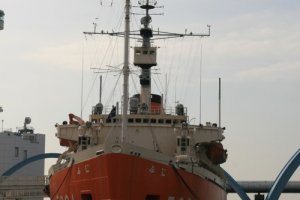 Julma Beloro Susaki 9 years ago
It was really amazing ...I've took some pictures of it
Reply Show all 0 replies
1 comment in total