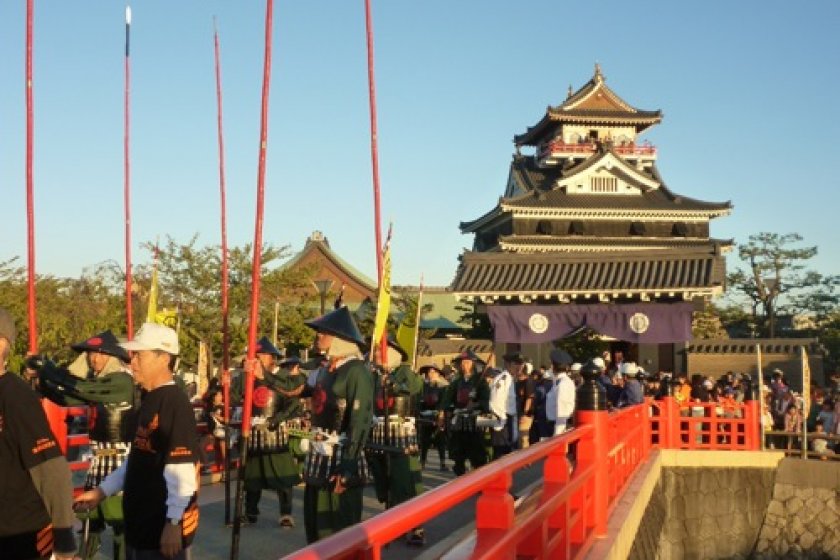 Take a look at the majority of major samurai battles that took place in the violent Sengoku Jidai, the Period of Warring States (1450-1615) and you’ll find one interesting connection. Many of the more important and historically significant battles were launched from the same castle. Kiyosu Castle.

Built between 1394 and 1427 the castle was a major strategic defense, and later the seat of power for the Owari (now Aichi Prefecture) region. Oda Nobunaga captured the castle in 1555 and used it as his base for many years. During that time, Kiyosu grew to be one of the more vibrant cities, spurred on by Nobunaga’s economic reforms and heightened security.

The castle came to be known as “One of the Greatest Castles on earth” and as one of the best planned castles once extended 1.6 Kilometers east west, and 2.8 kilometers north south, having an outer, central and inner moat system.

Nobunaga was the first of the Three Unifiers of Japan. Under the military genius of Nobunaga, much of the nation was subjugated in an effort to quell the civil wars. Indeed, the major battles of Okehazama, (1560) Anegawa, (1570) Nagashino, (1575) and Sekigahara (1600) were initially launched from Kiyosu, such was it’s importance.

In 1610, once Tokugawa Ieyasu’s splendid Nagoya Castle was complete, the seat of government shifted to Nagoya, and with it, some 60,000 people suddenly left Kiyosu, moving the eight kilometers to Nagoya. As Ieyasu had decreed that each Han (prefecture) was to have only one castle, many castles in the region were destroyed in favor of the new Nagoya Castle, and much of the stonework from the walls, as well as timbers from the various structures were utilized. Kiyosu Castle was destroyed for that very reason, however, the main castle keep was dismantled, and reconstructed as a turret on the north western corner of Nagoya. That Kiyosu turret survived the aerial bombing of World War Two and can still be seen standing proud over the moat of Nagoya Castle. It’s golden rooftop dolphin like ornaments are now at the Sofuku-Ji Temple in Gifu.

Kiyosu has become a western suburb of sprawling Nagoya City, Kiyosu Castle was reconstructed in concrete in 1989 across the small river from where the actual castle stood. The site of the keep now has a small tea room and meeting place on it, and travesty upon travesty, the JR train lines and Bullet Train lines run directly through the old castle site! What remains of the former castle site is now a park that features a rather handsome statue of Oda Nobunaga in full armor.

The current reconstructed Kiyosu castle is now a symbol if the city of Kiyosu, and a well planned museum featuring some fascinating displays and interesting artifacts regarding the castles’ history, and it’s part in the many battles of the Period of Warring States. Visit the castle, and take the time to cross the red bridge out front to see the actual castle site too. The surrounding area also retains some old dwellings and warehouses which can be visited with help of a Kiyosu history walking map, available at the castle. 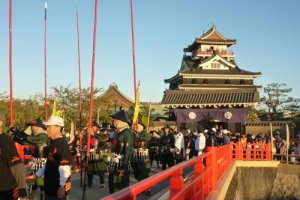 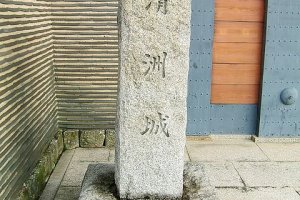 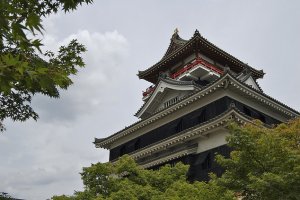 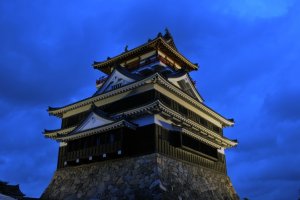 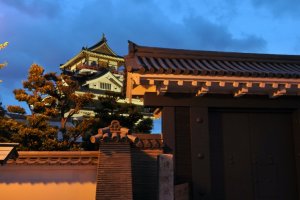 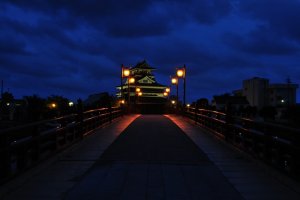