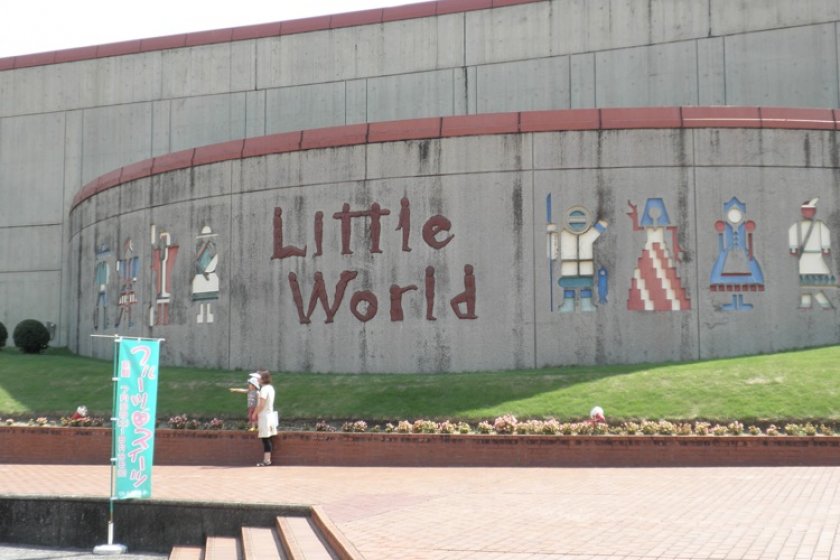 Theme-park just outside of Inuyama in Aichi

The gateway to the world, Little World! (Photo: Aichi Pref.)

The world unfolds before your very eyes at Little World, a world village themed park just outside of the ancient castle town of Inuyama, Aichi Prefecture, showing off architecture and culture from all over the world.

The main building presents exhibits according to themes, and once having seen this, the world is at your command! A two and a half kilometer road takes you around the open air museum consisting of over 30 authentic recreated houses, buildings and cultural structures, each set into their own unique “region” and backed up with their own restaurants, folk craft and souvenir shops, as well as original attractions. Among the more impressive are the Nepalese Buddhist Monastary, the African mud-made Kassena compound, the Balinese Gentry house and the German Bayern village recreation. In many cases, the buildings have been purchased and relocated from their original locales to the park, and skillfully reconstructed. Many of the houses and exhibits have been filled with authentic furniture and accessories to show a realistic representation culture and lifestyles of the times and places. Probably of more interest to children and visitors looking for a good photo opportunity, various “regions” offer the chance to try on the traditional clothing of those countries, such as French, German, Korean and Okinawan costumes.

Not only do you get to travel the world, but taste it too! As you visit each region, you’ll find the specialties of that country. Indian, Korean, Peruvian, German, Italian, Taiwan and even African dishes, including ostrich and alligator in the Safari Plaza, and a wide range of world tastes are also available in the Little World restaurant. Naturally, if you’re traveling, you’ll be wanting to do some shopping too. The Museum Shop sells souvenirs and confectionaries from around the world, as well as original Little World items. World Plaza offers over 5,000 types of wines, cheeses, clothes, accessories and sweets from over 50 countries, other stores include the German handcrafts Marchen Wald, Indian themed Kerala, Mexican and Peruvian folk craft shop, Los Andes and the French themed Alsace.

For an additional 300 yen, you’ll receive a special Little World passport in which to record all the stops with a stamp to win small gifts at the end of your “world tour”. You can walk the route at your own pace, or take the Little World bus around the circular course, getting on or off at any stop with a round trip ticket.

Day camp facilities are available opposite the open air stage which features an ever changing line up of performers from all over the world either playing music, performing dances even acrobatics. Weekdays are naturally quieter than weekends and holidays, just remember that the facilities are closed Wednesdays and Thursdays during the colder months.

They say that modern technology has made the world seem smaller, but certainly not as compact or as enjoyable as Little World at Inuyama! 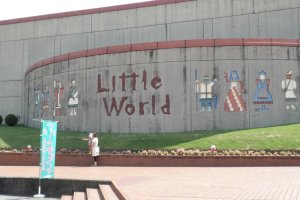 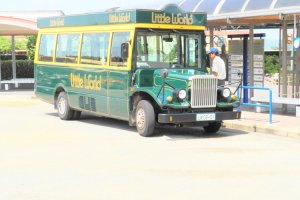 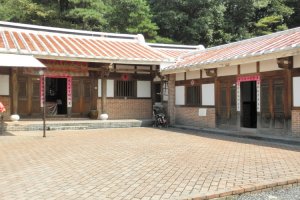 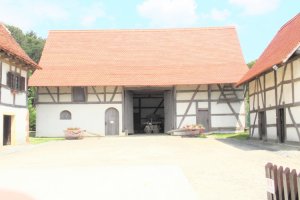 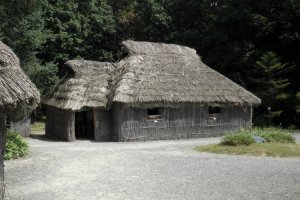