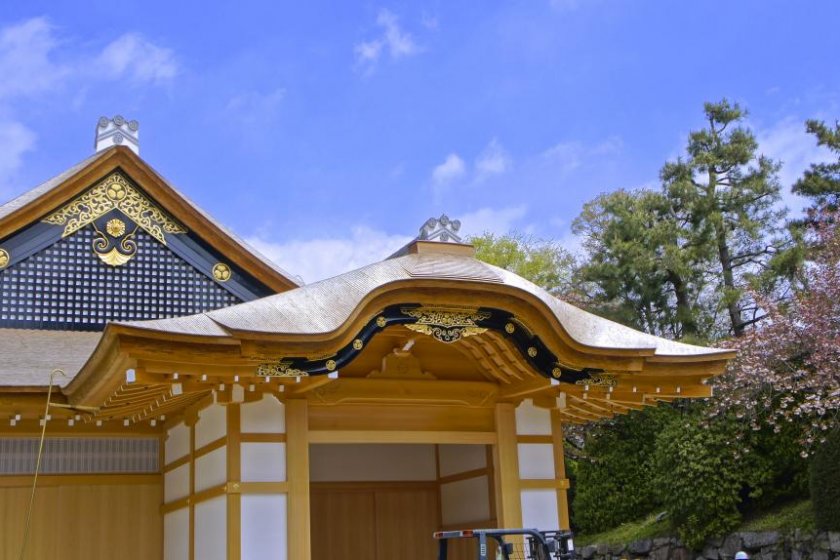 First reconstruction stage is about to finish

The first reconstruction phase of the palace (Photo: Manish)

The Second World War and carpet bombing of many places by the Allied Forces in Japan saw many significant symbols of history get destroyed across the country. Since then many places have undergone reconstruction; however, it still continues till date across various locations. Nagoya Castle, unlike Himeji-jo, was unlucky and did not survive the bombing of the Second World War. Nagoya Castle was the first castle structure to be designated as a National Treasure in 1930; however, both the donjon and the palace were destroyed by fire during air raids in May 1945.

The Hommaru Palace, which was once located south of the castle tower, was regarded as the finest masterpiece of modern castle architecture in Japan, along with the Ninomaru Palace at Nijo Castle in Kyoto, which is also a designated National Treasure.

The recently initiated restoration project is a three-stage project envisioned to be completed by 2019. It has largely been funded through donations received from public and private institutions as well as the general public (Nagoya Castle Hommaru Palace Fund).

The staff informed me that the Homaru Palace is being reconstructed using traditional materials and construction methods as far as possible, to ensure that the restored palace will carry the same historical and cultural value as the original before it burnt down.

It's a few years to go until 2019, but I was curious and went to visit Nagoya Castle in spring this year. I got a chance to see the reconstruction works being conducted, which means stage one of the three planned stages in total. The new structure of the palace with its fresh golden color and the pink cherry blossoms around it made for a wonderful contrast, and it made me think of how beautiful this place will look after completion. The results of stage one of the reconstruction are due to be opened to the general public around the end of May in 2013.

Apart from the architecture itself, another challenge is the restoration of the paintings on the walls and sliding doors inside the Hommaru Palace. Fortunately many of the paintings survived the fire during the war, but all effort is being taken now to revive the colors and return them their original beauty. Once the reconstruction of the Hommaru Palace is complete they will be exhibited inside the palace.

The paintings alone are reason enough to visit Nagoya Castle in the under-marketed tourism destination in the manufacturing belt of Japan. I highly recommend this place. 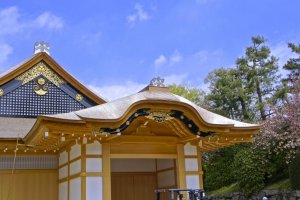 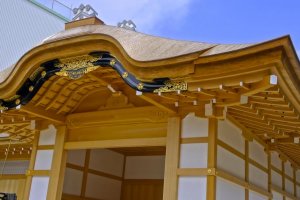 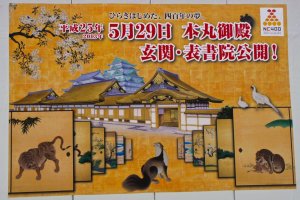 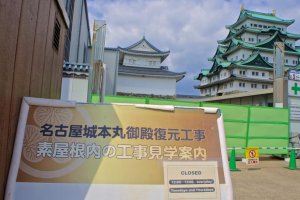 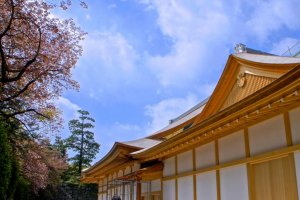 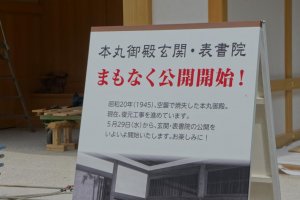