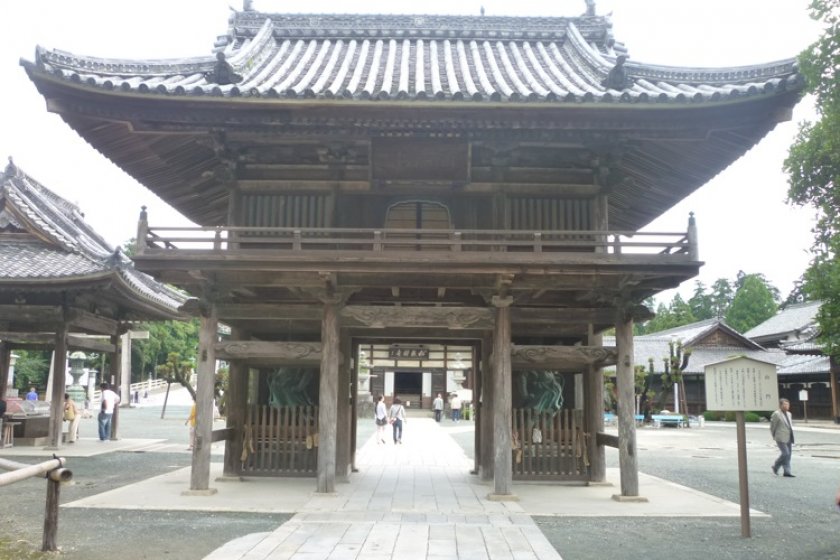 Toyokawa Inari is a paradox, being both a Buddhist Temple of the Sodo sect, and a Shinto Shrine dedicated to Inari Okami, the god of fertility, rice and agriculture, industry and worldly success, as well as foxes. Located in Toyokawa City about 50 kilometers southeast of Nagoya in Aichi Prefecture, Toyokawa Inari is considered one of Japan’s Big Three Inari Shrines, along with the Fushimi Inari in Kyoto and the Yutoku Inari Shrine in Saga Prefecture.

Established by the monk Tokai Geki in 1441, the shrine-cum-temple is also believed to be the alias of the fox-riding god, Toyokawa Dakinishinten, also known as the Genius of Myogon Temple. Belief in the concept of a god of prosperity has attracted many famous warriors through the ages, including Oda Nobunaga, Imagawa Yoshimoto, Toyotomi Hideyoshi and Tokugawa Ieyasu amongst many others all seeking victory in battle and life. These days, many people seeking good luck in their business endeavors visit the shrine to pray for success.

The magnificent main gate, constructed in 1884 features a door section made of a single slab of wood, 4.5 Meters high, 1.8 meters wide and three centimeters thick. A secondary temple gate housing two large ferocious looking temple guardian deities invites a look, but save that for last, instead head to your left, through the stone Shinto torii gates and to the temple’s Treasure House, open 9am to 4pm daily, where you can see the Important National Cultural asset designated Jizo Bodhisattva statue. Other displays include the ornate wooden palanquin for use by a noble woman, hanging scrolls and folding screens amongst many other historical items. From the treasure house, head to the main shrine, and architectural mix of Shinto with a strong taste of Buddhist influences. The temple was constructed using whole zelkova trees. After offering prayers in either Buddhist or Shinto fashion, follow the small path down the stairs to the right of the main shrine. Many people miss this! Pass under the enclosed walkway joining the main shrine with the 19th Century Myogen Temple, housing an effigy of the One Thousand Handed Senju Kannon. The original 15th Century temple was destroyed by fire and rebuilt in the 1830’s. Amongst the huge trees and along winding rows of flags, which are votive offerings and prayers to the various kami gods, are smaller shrines to various deities. Just behind the Okuno-in, a pavilion built in 1814 and featuring some very fine sculptures carved into the pillars, is the Reiko-Zuka, a hillside of red bibbed stone foxes, messengers to the gods.

The Toyokawa Inari receives some six million visitors each year, and is particularly busy at New Years. The complex is host to at least 3 other festivals, the Great Spring Festival in early May, the Mitama Festival every August and the Toyokawa Great Autumn Festival late November.

The street running direct from the main gates offers a wide range of local specialties, restaurants, cafes and souvenirs and makes for an enjoyable stroll. Local delicacies include Inari Zushi, said to be a favorite with foxes, is a slightly sweetened pouch of fried tofu stuffed with sushi rice, fox shaped cookies and sponge like pastries filled with sweet red bean paste.

Enjoy the Toyokawa Inari, with it's blend of Shinto and Buddhist, just don't get bewitched by the foxes! 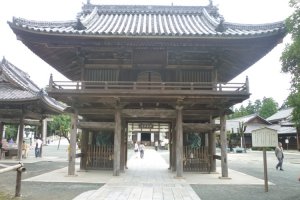 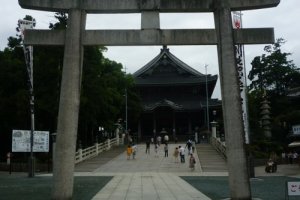 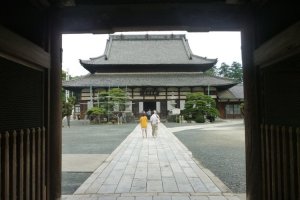 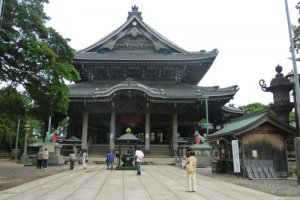 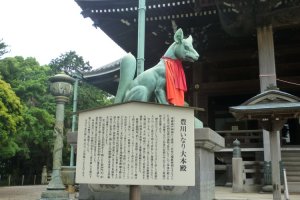 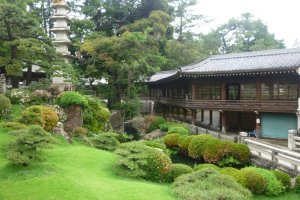 Elena Lisina 9 months ago
I'd like to visit this shrine, thanks for sharing!
Reply Show all 0 replies
1 comment in total