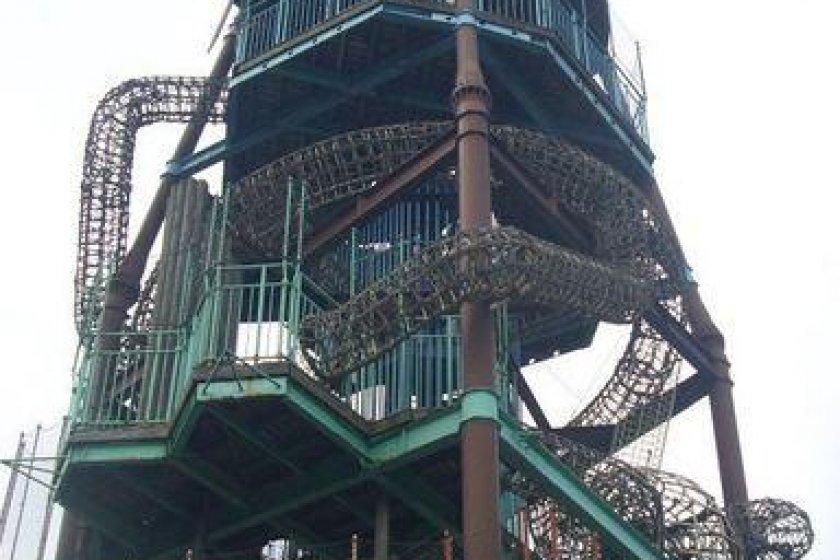 Become a ninja for a day without fear of assassination

The ultimate challenge is conquering the massive tower.

My body was covered in sweat and my heart was pounding. The trees rushed by and the only thing I heard between the beat of my heavy footsteps were the scattering of small animals or the sudden flow of a stream that I whizzed by. I was on one of my weekly jogs, exploring my new surroundings at Akita International University. This was the furthest I ever went on the forest trail route that I chose that day. I heard a rumor from some people at my school that there was something worthwhile at the end of the trail. After jogging 20 minutes I was ready to turn around when out of nowhere I see a massive tower.

A sign read “Athletic Field” but this was certainly some kind of secret ninja training ground. The tower of ropes, stairs, chains, and metal was just the beginning. I went into a building near the parking lot to pay admission and was handed a jacket with a number on it. I suppose they use this as a system to count the bodies because of the bears that frequent the area. However, the calming music played over loudspeakers undoubtedly scared them away or lullabied them to sleep. With my jacket..ehem…ninja uniform, I had a daunting task in front of me. This obstacle course in the woods was enormous. Even if I conserved energy and did each challenge at an easy pace, I could not do it all in one day. With several course routes to choose (different lengths and difficulties), I sprinted towards the nearest starting point I saw.

There was a slanted wall with a rope hanging off the top. I grabbed the rope, hoisted myself self up and cleared the first obstacle. With more confidence I ran to the next one. Interconnected net tunnels? What the…? Ok, climb through, painfully, and next! Running over a narrow bridge, check. Swing from the rope and kick that log, sounds fun. Did it. By this point I was becoming tired, but I continued because ninjas never quit. For over an hour I was jumping, climbing, running, swinging, and navigating a variety of “athletic field” challenges. I worked my way to the monster tower and attacked. Through blood and sweat (mostly sweat), I inched my way through and up the web of barriers. I finally reached the top. Panting and in pain, I was surprised how happy I was. I dominated that obstacle course and for a moment was on top of the world. That day, I was a ninja.

The Athletic Field next to the Akita Prefectural Central Park and near Akita University is best accessed by car because of the nearby highway exit. Another alternative is to walk about 30 minutes from the university along the road or through the forest trail in the back of the park. The ninja facility is dangerous. Some obstacles are closed because they are in disrepair and a wrong slip up or fall from the nets/ropes can really ruin your day. The area is so large, that for safety and fun, I recommend bringing your ninja clan comrades. 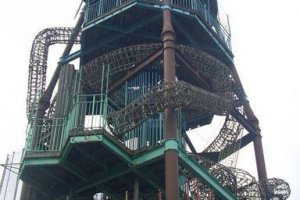 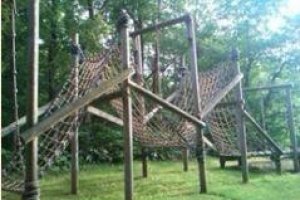 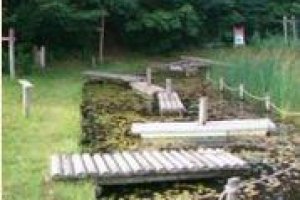 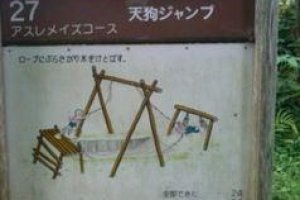 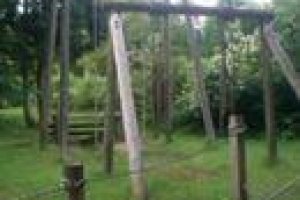 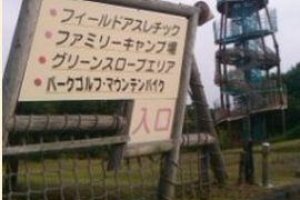 Lynda Hogan a month ago
This looks like something my family would enjoy. We haven't been recently due to the pandemic, but we often visit family in Akita. I've bookmarked this for our next visit... whenever that maybe!
Reply Show all 0 replies

Jessica A Paje 8 years ago
Wow! This would've been a perfect course to bring all of the ninja's in training for the upcoming Warrior Dash. :)
Reply Show all 0 replies
2 comments in total