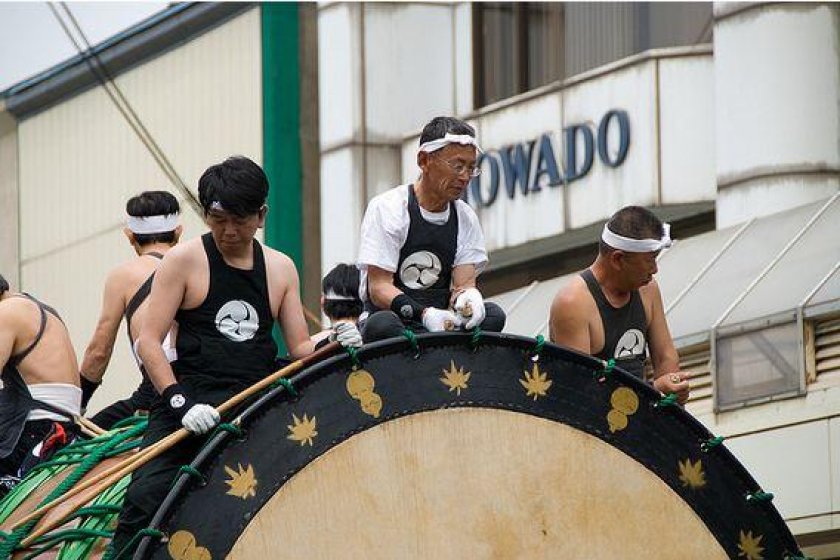 Only the most experienced drummers are allowed to play the biggest drum in the world. (Photo: ChrisSteph LewisBoegeman)

Japan is also known as the land of gods. Deities are found throughout nature and it is thanks to them that people are able to live off the land. 750 years ago in the village of Takanosu in Kita-Akita, the villagers knew they needed the attention of the gods when water for farming was at an all time low. The solution was to build drums. Hitting the drums mimicked the sound of thunder and with it—hopefully—would come rain. Over the years, the drums became larger and larger. At its pinnacle, the world’s largest was created.

Located a 7 minute taxi ride from JR Takanosu station in Akita Prefecture, you can see the 3.8 meter 3 ton drum at the Odaiko no Yakata, or "Odaiko Hall" with your own eyes. Taiko drums were first manufactured in the city of Takanosu and the city holds on to the drumming tradition to this day. Every year in July (usually July 14 and 15) the Tsuzuriko Hachimangu shrine hosts a celebration to ask for rain and continue the rice planting season. They bring about the large drums of the museum and wheel and beat them around the city. Only the most experienced taiko players are allowed to play during this time. It’s hard to judge just how massive this drum is until you see it in person. Since the drum’s lining is made of cow hide, I am thinking the cow that was used for the drum most have been the largest in the world too!

At the Odaiko Hall there is more than just the world’s largest drum. There are drums from over 40 countries on display, some of which you are allowed to play. It is fun to hear the sounds and see the different designs of all the instruments. A theater in the museum promises to deliver the real sound of taiko. The images and high quality sound equipment produces the feeling that you are watching a real taiko performance. It is very cool.

Outside the museum is the Takanosu road station. This rest area is perfect for a bite to eat or purchase some local products. I recommend enjoying a tasty ice cream on the patio seating that offers a view of the front of the museum. 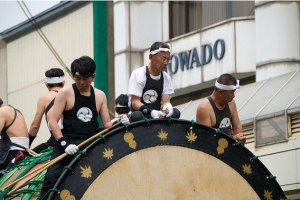 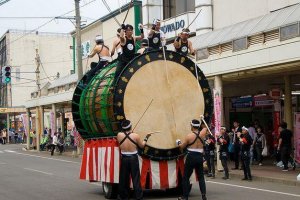 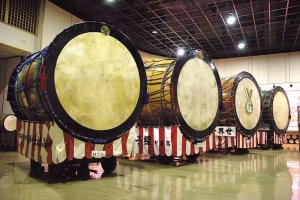 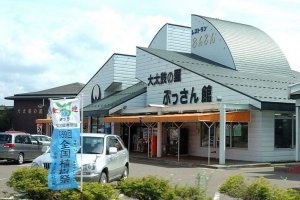 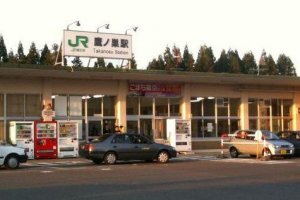 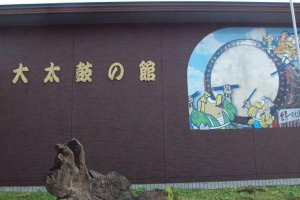