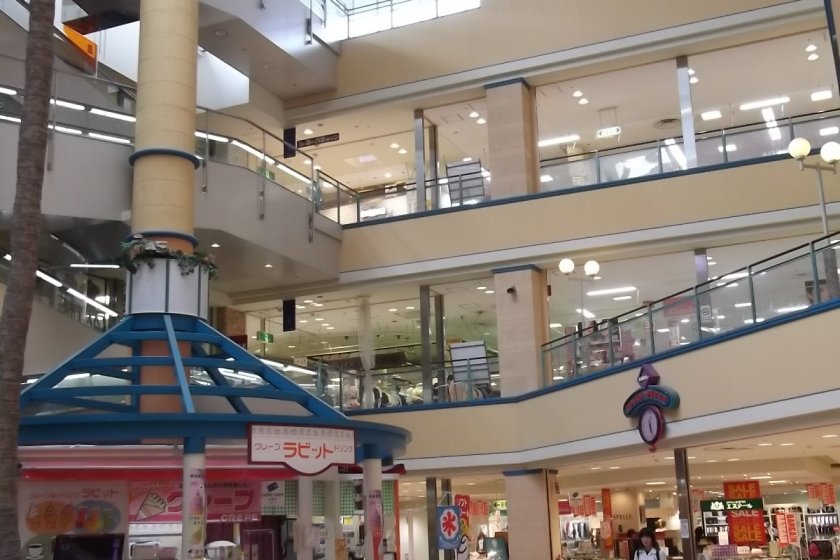 Shopping, eating and a funfair under one roof!

The main plaza inside the mall

My last day in Hachinohe was a rainy one so, wanting to spend it under cover, I took myself to the town's Lapia shopping center. A short bus ride or a half-hour walk from the middle of the town, it's a good place to while away half a day, with a wide range of stores, a small food court, and a cute little indoor funfair for the kids.

That funfair is called the "Fantasy Dome"; as well as a merry-go-round, swinging boat, bouncy room, mini train and helicopter rides, there are arcade games and print booths for older kids and teens. The entrance is on the first floor next to "The Deck" food court, where you'll find stands selling sushi, noodles and curry, and Mr Donuts if you have room for dessert.

Also on this floor is a good sized supermarket, stores selling jewelry, bags and leatherware, kids' and womens' clothes, and a little pet store with fish, rabbits, hamsters and what I think were ferrets. At one of the entrances there was a display of automatic toilets, their seats raising and lowering themselves as customers came in and out, like doormen tipping their hats.

The second floor is all about fashion, and it's a complete melange of mens', ladies' and childrenswear, from high-end through mid-market to bargain basement. One youth fashion store was blasting out hip-hop so you could listen to it as you admired the million-yen kimonos next door; while on the other side of the floor you could order a bespoke tailored suit then walk five yards to pick up a basketball jersey and baseball cap, as worn backwards by the mannequins.

The third and top floors of stores have a very loose focus on everyday and household goods: you'll find a large branch of hundred-yen store Daiso, and the cosmically eclectic discount store Don Quixote, with their mind-boggling mix of food, costumes, shoes, toys and everything else under the sun. There are also smaller stores selling books and magazines, fabrics, stones and jewelry and the like; one kids' and teens' store had on its shelves an odd mix of toys, snacks and collectors cards (with AKB48 cards discounted by 50%).

So while much of Lapia is cheap and cheerful, it's also possible to find quality goods in some of its stores, and with the games and funfair, it's a place the whole family can enjoy. 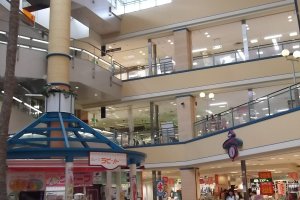 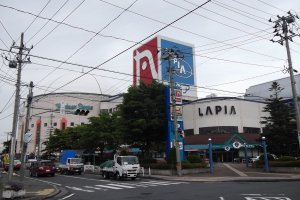 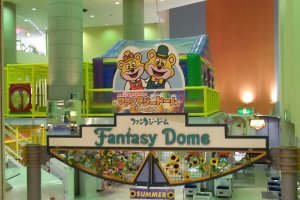 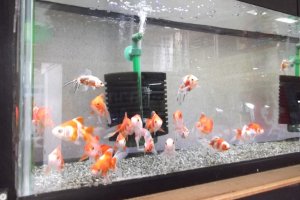 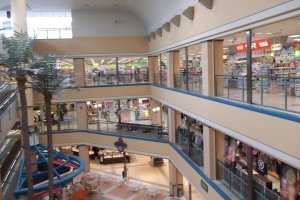 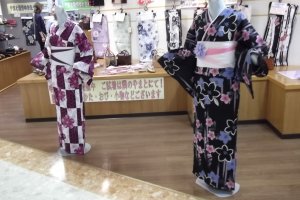