Family fun outside a US military base

Latest on Misawa Air Base

Paying homage to the adjacent airbase, the Misawa Aviation and Science Museum highlights the history, technology, and innovation behind mankind's quest to conquer the sky. While anyone can enjoy the unique stories and displays, the high number of hands-on exhibits favor a family outing. One thing is for certain: children will love this place.

Primarily housed inside a massive two story building, the museum is a mix of aircraft hangar and mad scientist laboratory. Full-sized flying machines can be viewed, or in one case boarded. Test your pilot skills with a flight simulator, vision test, or aviation trivia. Or discover science can be fun by going crazy in the miniature wind tunnel, making art by pushing your body into soft pins, or riding a few attractions. The sheer number of things mean it is almost impossible not to have fun wandering around.

The second floor holds a few surprises. Most popular is a machine which sends small balls rolling, spinning, and hopping across a metal maze. See how concepts such as momentum, velocity, and vibration can create a spectacle for both the eyes and ears. Also on display are a large number of aviation models. Lastly, my personal favorite was an area where you can hit a baseball in real speed then watch a video of you hitting it in slow motion. Don’t miss (like I did) or it is the slowest and most embarrassing 10 second replay of your life!

Several other factors make this one of the best family-friendly destinations I have been to in Japan. The children’s center is an enclosed playground for very young children to play in a safe environment. As expected, there is a good-sized gift shop and café to pick up some yummy food or drinks. Also, you can join in a hands-on experiment workshop for a separate fee. And besides the kids, the adults have enough history and fun facts to keep them entertained. For example, the first room of the museum features a replica of Miss Veedol, the first airplane to be flown non-stop across the Pacific Ocean from Misawa, Japan to Washington State, USA.

Don’t leave the museum before you check out what is parked outside. American and Japanese aircraft stand at attention on the edge of an open field. Some are for viewing, while others can be boarded for photo opportunities. Note that this outside part of the museum is free, making it ideal if time is limited or you rather not spend the very reasonable 510 yen adult admission charge. The field area is also ideal for a picnic.

This Misawa Aviation and Science Museum is an interactive, family-friendly destination located next to the joint US-Japan Misawa military base in Aomori Prefecture. It comes highly recommended by locals and is worth going out of the way for. There are also some local hot springs in the area. It can be reached via a 20 minute car or taxi ride from the front of the military base. Hitchhiking may also be an option with the high number of cars and low number of main roads.

Find out more about Misawa Air Base. 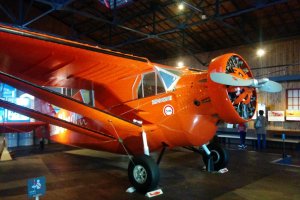 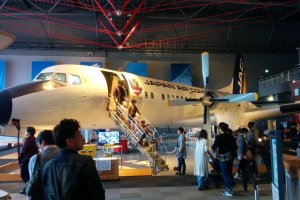 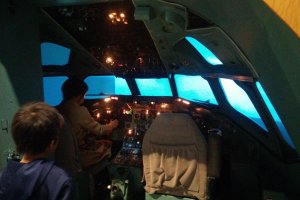 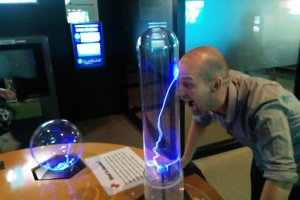 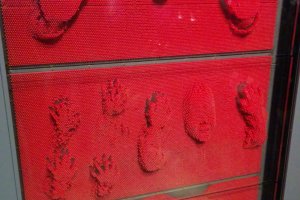 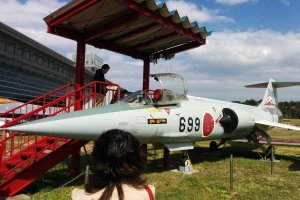