The Hakkoda Ropeway ferries visitors from the base of the Hakkoda mountains to the peak of Mount Tamoyachi above. Opened in 1968, the ropeway has been in continuous operation for nearly half a century and remains open throughout the year.

There’s no bad time take the ropeway, as each season promises a different – yet equally impressive – panorama. In late spring and early summer, wildflowers carpet the terrain near the top ropeway station. In autumn, some of the nation’s first foliage is visible on the slopes below the ropeway. Leaves begin to change in late September, with the color front continuing until mid to late October. In winter, grab your gear and enjoy the snowy scene as the ropeway carries you up to some of Aomori’s finest ski slopes. If you come during late January or February, you may also have the chance to witness the region's unique "snow monsters", icy formations that form when the snow drifts over the trees on the mountain slopes.

From the top of the ropeway, warm weather visitors can venture out to explore some of the terrain via a series of connecting trails. A fairly easy hike of about 45 minutes connects the ropeway with a series of ponds and marshlands. Those with the energy can continue on to the peak of Mt Hakkoda, opting to descend the opposite side of the mountain to reach Sukayu Onsen and its sulfuric hot springs (open to day bathers). It can be quite a difference in temperature between the ropeway's lower and upper stations, so visitors should come prepared for questionable weather, even in the summer months.If you need a bit of sustenance before heading to your hike, the restaurant in the lower ropeway station serves up a decent spread of noodle and curry options. If you’re up to the task, try the eatery’s signature dish, which serves up soba noodles in three heaping portions with different toppings for each.

Buses that travel between Aomori and Lake Towada stop off at the Hakkoda Ropeway. For drivers, there is a large free parking lot just next to the lower ropeway station.

Find out more about Hakkoda Ropeway. 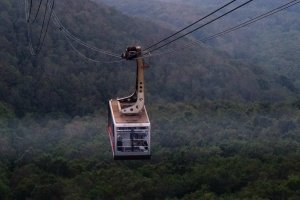 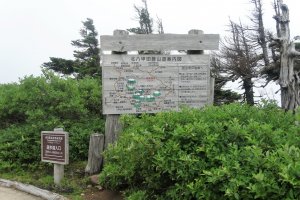 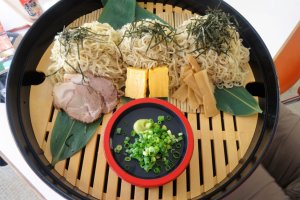 Joseph Bautista 4 years ago
If lucky, I will visit Aomori for first time next August, and I started looking for scenery places to visit. This comes in handy on the right moment.
Reply Show all 0 replies
1 comment in total