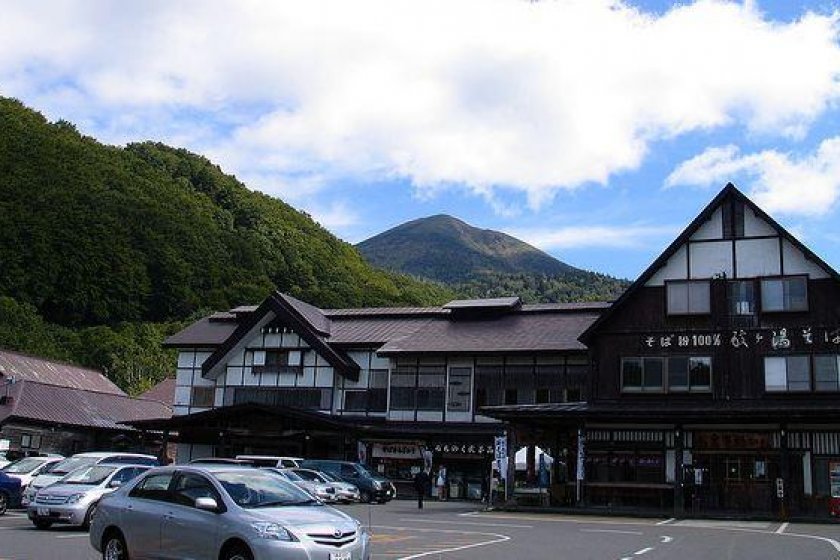 Sukayu Onsen is a little different from your average hot spring. After a long drive through a twisting and turning mountain pass, a parking lot opens up with several large wooden old buildings and something in the air. And that something stinks! The whole place smells like putrid rotten eggs. The smell comes from sulfur, a natural mineral found in areas with volcanic activity. Why were there so many cars at a place that smelled so bad? The sulfur in the hot water has several health benefits and helps soothe a tired body. On top of that, besides being known as the “1000-person hot spring” for its great size, it is a rarity among hot spring resorts in Japan because both sexes use the same pool at the same time!

After performing the hot spring etiquette of undressing, washing, and rinsing off, you can enter the main room, using a towel for modesty. There are two large pools for bathing as well as the expected cool pools and places to shower. Thick steam fills the room, but at least the smell of eggs will seem to disappear at this point. Find a place to settle in and soak in the view.

As your eyes adjust to the steam, you can enjoy all the sexiness the hot spring offers. Well, unfortunately hopes of an indoor onsen full of young women (or men if you prefer) draped in nothing but towels is far from the mark. Most of the patrons of this hot spring, like many in Japan, are elderly. They gather at onsen to socialize and enjoy the health benefits and relaxation of the mineral water. This means the people there, although friendly, were not quite the eye candy someone might fantasize about.

Sukayu is most famous for its hot spring, but the location offers several other options for travelers. There is a ryokan or Japanese traditional inn. Room rates are reasonable, considering the ryokan offers traditional cuisine and bathing options included with some room packages. You can sample some of the food at the on-premises eateries if you decide not to spend the night. Other hotels in the area and nearby hiking trails and a ski resort offer more reasons to stay in the Hakkoda Mountains. The more adventurous can even stay at a campground.

Sukayu onsen is open to both sexes from 7am-5:30pm. When staying at the hotel, bathing hours are extended. Two hours of the day (8-9am/8-9pm) are devoted to women-only bathing. The onsen is great to enjoy after a long day of driving and hiking in the mountains. If you come during the autumn you will enjoy the amazing colors of changing leaves. On the other hand, winter offers a snowy landscape that is also just as beautiful in its own way. Stopping by Sukayu Onsen after a long day of skiing at the mountains is a favorite of locals and travelers alike. 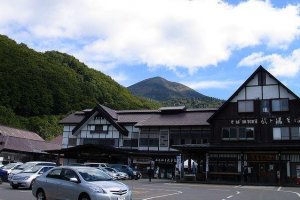 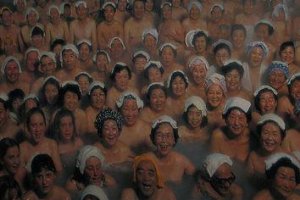 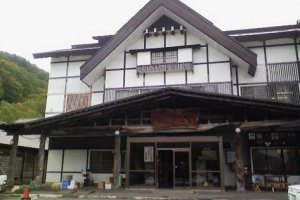