Journey to Kyoto via the Hokuriku Line taking in Nagano, Ishikawa and Gifu

The “Golden Route” is a popular choice among first-time visitors to Japan, as they try to experience the best of Japan, taking in Tokyo, Hakone, Nara, Osaka and Kyoto in a route that loosely follows the old Tokaido Road.

But with the high-speed Hokuriku Shinkansen route extending to Ishikawa’s Kanazawa in 2015, a new alternative Golden Route can be found that takes visitors off the beaten path via the Sea of Japan off the northern coast.

Come explore Japan's ‘New Golden Route’ after departing Tokyo, heading up to Nagano, Ishikawa and Gifu before your onward journey to Kyoto.

Even for repeat visitors, Tokyo heralds a wealth of hidden gems just waiting to be discovered. Read on to discover some of Tokyo’s recommended things to do:

The Edo-Tokyo museum tells the story of Edo and its transition into modern Tokyo. Exhibits depict life, customs and history in Japan from 1600 to 1868. Highlights include a recreation of the famous Nihonbashi and scale models of Edo city life. English speaking guides are available.

Asakusa retains a strong flavor of old Japan with its downtown vibe and traditional architecture popular with locals and tourists alike.

Established in 645, Senso-ji is Tokyo’s oldest temple and one of the most popular even today. Right outside Senso-ji is Nakamise-dori, a bustling shopping street lined with quaint shops selling snacks and souvenirs.

Catching goldfish is a popular summer activity but at Asakusa’s Kingyo, you can catch some at anytime of the year using a poi – a flat scoop made of paper.

The Imperial Palace East Gardens are popular with families, dog walkers and runners thanks to its idyllic atmosphere perfect for a rest to help recharge.

Each autumn, the 146 ginkgo trees transform the stretch from Aoyama-Dori to Meiji Jingu Gaien into a beautiful, stunning golden tunnel of foliage. If you can, visit during the Ginkgo Festival from late November to early December.

Golden Gai is a patchwork of small streets with tiny bars that’s reminiscent of 1970s Japan. Despite its scruffy appearance, Golden Gai used to be an exclusive haunt but today is famed for its small backstreet izakaya culture providing a chance to mingle with the locals.

Nagano prefecture lies to the north-west of Tokyo and can be reached in about 1h20m from Tokyo’s Ueno station via bullet train. The modern blue and gold livery of the Kagayaki train runs along the Hokuriku Shinkansen line – getting a Hokuriku Arch Pass is one economical way of making the journey. Read on to discover some of Nagano’s recommended things to do:

Tucked within the Japanese Alps of the Chubu Sangaku National Park, Kamikochi is a famous site of beauty and nature. Visit Taisho pond, which gives off a picture-perfect reflection of the mountains around; gourd-shaped Myojin pond with the Hotaka Shrine beside it; Kappabashi, a wooden suspension bridge that offers great mountainous views and the active volcano, Mount Yakedake.

Matsumoto Castle, a designated National Treasure, is nicknamed "Karasu-jo" (Crow Castle) due to its black-painted wooden exterior, a sombre and foreboding colour chosen to sow fear in the heart of any approaching attacker. Its impressive structure includes many defensive devices, such as floorboards that can be lifted to drop buckets of stones on invading troops. Within the castle are artefacts on display such as the Toda clan’s family treasures and castle blueprints. Take in fantastic views from the top of the surrounding landscape including its large moat.

Visit Kenyu for the ultimate Samurai experience. After changing into a kimono and receiving a replica sword, take a crash course on how to wield it. Once the basics have been mastered, fend off two wandering samurai attackers in a choreographed set piece that looks straight out of a Kurosawa movie. If you are into martial arts films, this Samurai experience would give you a glean into the world of on-screen warriors who are astute at estimating timings and distance.

Since the Hokuriku Shinkansen’s extension to Kanazawa opened in 2015, Ishikawa’s capital city is now only 1 hour 8 minutes from Nagano by express bullet train, with regular services throughout the day. The route provides views of the Sea of Japan before arriving in Kanazawa City.

Read on to discover some of Ishikawa’s recommended things to do:

One of Japan’s most beautiful landscape gardens, Kenroku-en, located right beside Kanazawa Castle, is considered a perfect garden according to Chinese classic literature, Rakuyo Meienki. In spring, plum and cherry blossoms abound while in autumn, golden and auburn foliage dazzle and in winter, heavy snow blanketing the garden lends a different air to this much-loved environment.

Did you know constructing two-storey houses apart from chaya houses in the Edo period wasn’t allowed? These traditional tea houses are where geisha would have performed entertainment for guests, such as song and dance, since the Edo Period. Once, central Kanazawa was dotted with chaya houses. Higashi Chaya District is the largest of four districts near the centre. Here, Shima Teahouse is open to the public as a museum while Kaikaro Teahouse is still operational too.

Yamashiro Onsen is one of the four hot spring towns that make up Kaga Onsen, a mecca for onsen-seekers. Located in Kaga city, Yamashiro Onsen is one of the largest and most popular hot spring resorts in the area. You can chose to soak between the soyu, a modern facility, or ko-soyu which is built in the style of the Meiji Period. If you’d like to have a more private bath experience, consider staying in a ryokan which often comes with its own onsen.

Yamanaka Onsen and the Kakusenkei Gorge

If recharging in nature is your preference, try the tranquil Yamanaka Onsen, within Kaga Onsen. This was patronized by Kaga lords and lauded by haiku poet, Matsuo Basho, as one of the best. The Kakusenkei Gorge runs parallel to town, which you can explore on a walking tour. Along the way find three distinct bridges, each made of steel, stone and cypress, dating back to different eras. At the Kakusenkei Kawadoko near the red steel Ayatori Bridge, is a resting stand where you can take a breather while enjoying the view with refreshments.

Yunokuni no Mori is a crafts village situated within one hundred acres of natural forest that was formed by restoring and conserving the buildings in the area. At Yunokuni no Mori, you can choose to participate in craft-making like gold leaf application, designing wajima lacquerware, making washi paper and also culinary lessons. You’d be spoiled for choice and nothing beats bringing home a handmade souvenir. Don’t leave without trying their edible gold leaf ice cream!

Casa Fortuna in Kaga City is famous for its Kaga Kani Gohan set lunch which includes coffee and dessert. The food is prepared with locally sourced seafood and vegetables, making it fresh and delectable. The restaurant also offers dishes closer to the Italian palate like Crab Doria and Crab Caviar Pasta.

An ancient Buddhist temple in Komatsu of the Ishikawa prefecture, Natadera has a 1300-year history, making it one of the oldest Buddhist temple sites in Japan. It was founded by the monk Taicho in 717, when he housed a statue of the Senju-Kannon in one of the many naturally formed alcoves in the clifface.

Ikumo is where you should go to retreat from the world, with this austere temple lodging emulating the Shukubo style. Seated on top a mountain, Ikumo is the place to go to purify your mind and body, offering breathtaking views too.

Guests can participate in the Fire Festival, a Japanese prayer service performed in the main shrine. Ikumo’s faith is founded in the nature of Mount Hakusan, making it unique in the sense no deities are enshrined here. Guests can write their wishes on paper which monks will chant mantras over before burning.

Gifu is located inland to the west of Nagano and south of Ishikawa. While access takes Kyoto-bound visitors on a diversion, it is well worth the effort to do so.

To reach Shirakawa-go or Takayama, it is recommended to head east to Toyama Station (20 minutes) from Kanazawa Station, from which you can board a local train to Takayama (Limited Express Wide View Hida - 1h 26m) or access a special ‘World Heritage’ bus (~2h) from Takaoka Station (alight first at Shin-Takaoka Station).

Read on to discover some of Gifu’s recommended things to do:

The Ogimachi village in Gifu’s Shirakawa-go is a UNESCO World Heritage Site. The steeply-pitched thatched roofs keep the Gassho buildings warm in winter and sturdy against heavy snowfall. These distinctive roofs stand in stark contrast to other architecture around Japan. Additionally, Shirakawa-go was a main production area of silk. Silkworm production was done in the large multi-floor attics of the houses.

If you want to experience Edo Japan, the traditional wooden buildings of Takayama and morning markets, shrines and temples are bound to offer you just that. Its famed Sannomachi-dori is lined with old homes, coffee shops and sake breweries. Local specialties include miso paste, lacquerware and woodwork. Takayama Jinya, a former local governmental office of the Tokugawa Shogunate, is the last one remaining in Japan.

The Sakurayama Hachiman shrine, said to have been established in the fifth century, is closely associated with the Takayama Matsuri, a local Japanese festival featuring large decorative yatai floats. As Takayama historically prospered, the floats grew more flamboyant, with some even including mechanical puppet shows. If you miss the festival, the Takayama Yatai Kaikan is open all year round for visitors to appreciate them. There are usually four on display at one time and bilingual short documentaries are played too.

Hida Sangyo is a furniture company from Hida. During the Nara and Heian Periods when many temples and palaces were being built, it was said that 10 craftsmen from each Takayama village were sent to the capital each year. The furniture company is reputed for its sustainable sourcing and practices as well as skillful craftsmen, who make the Takayama Matsuri yatai floats.

Hotakaso Yama no Hotel is a relaxing abode with views of the Japanese Alps and Western-style rooms and a variety of onsen for you to unwind after a long day, including outdoors and indoors.

More about Hotakaso Yama no Hotel >

This recommended journey route follows Tokyo, Nagano, Ishikawa, Gifu and Kyoto. However, depending on your itinerary you may wish to explore Gifu/Ishikawa in a different order, or continue along from Ishikawa to Fukui for those using the Hokuriku Arch Pass. This pass provides some flexibility on how to approach your route, with more explained below.

Those following the new Golden Route arch up north-west via Nagano and Ishikawa may consider the economical savings and unlimited travel on offer with a Hokuriku Arch Pass. Provided by JR West and JR East, this 7-day (consecutive) pass provides unlimited travel around the Hokuriku region, including Tokyo, Nagano and Ishikawa – while connecting through Toyama, Fukui and then down to Kyoto and Osaka.

Pass holders also get access to numerous benefits at local attractions, which can mean further savings for those making the most of their time.

For travellers starting in Osaka/Nagoya, an alternative Takayama-Hokuriku Area Tourist Pass is also available which may be appealing.

If you still have mileage left on a Hokuriku Arch Pass, you may wish to return to Toyama/Ishikawa, and take a leisurely route through Fukui, stopping off or staying overnight along the way if you choose to do so. 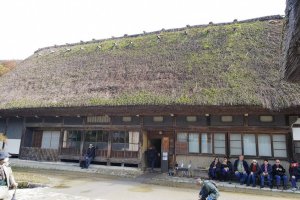 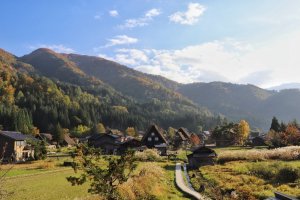 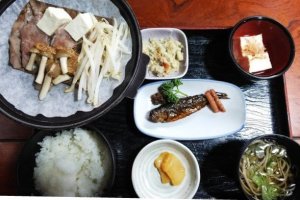 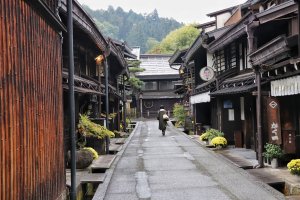 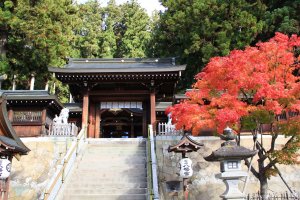 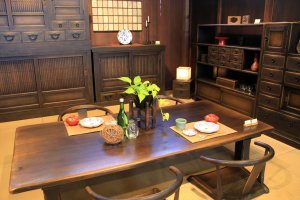