Enjoy an in-depth experience with Sakagura

Despite its proximity to Tokyo, Chiba Prefecture is often overlooked for some of Japan’s more glamorous tourist destinations, such as Mt Fuji and Nikko. Yet Chiba’s role as a rice growing region has translated into a thriving sake culture and its historical breweries make for a perfect day trip from the capital area.

I was fortunate enough to enjoy a tour to some of Chiba’s lesser-known sights with Sakagura, a company whose goal is to help visitors experience Japan’s sake culture with brewery visits and sake tastings. Our day began at Nabedana, in the historic town of Kozaki. While Nabedana is not usually open to the public for tours, we were treated to a full visit of their four century-old brewery. The staff expertly explained the entire fermentation process, while also allowing us to taste koji (rice that has had a special mold added to it) and moromi (the fermented mash that will eventually be pressed into its final product). Following the tour, our group was treated to a tasting of Nabedana’s award-winning sake.

Just down the road from Kozaki sits the Hakko-no-Sato michi-no-eki (roadside station). While roadside stations are a dime a dozen in Japan, this particular stopover has a special focus on fermented foods. A shop dedicated to these healthy comestibles offers everything from sake and miso to homemade pickles and various snacks. The nearby restaurant serves affordable meals and the menu focuses primarily on using fermented foods as ingredients.

A short drive away, the lovely canal town of Sawara once boasted nearly three dozen sake breweries. Today, only two remain, but their smooth, easily-quaffed brews can be enjoyed at many of the town’s dining establishments. Our own group sat down to a lunch of French cuisine prepared with local products at Mougins, one of the traditional buildings along Sawara’s waterway that has been repurposed into an attractive restaurant.

One of the best ways to enjoy the old townscape of Sawara is from a boat cruise on the Ono River. A Sawara local will pole you along the serene waterway, pointing out the traces of Sawara’s time as a main trading town of the Edo Period. In the warmer months, willows hang atmospherically over the banks of the river. June sees the colorful emergence of thousands of irises at the town’s aquatic botanical garden. And twice a year – in July and in October – the riverbanks play host to Sawara’s Grand Festival, with its impressive floats and vibrant pageantry.

Our Chiba adventure wrapped up in Shisui, a small town only a dozen kilometers from Narita Airport. Many visitors find Shisui’s outlet mall – easily reached by a shuttle from Narita Airport – the perfect place for their discount shopping. Shisui is also home to the Iinuma sake brewery, where we were treated to a tour and a tasting in the brewery’s cozy shop. In addition to selling Iinuma’s various beverages, the shop also doubles as an art gallery and eatery, where diners can taste dishes made with sake byproducts.

Chiba Prefecture is only a short distance from Tokyo, making it the ideal place for a day trip to one of Japan’s lesser-known but fascinating regions. For an intimate look at the region’s sake heritage, be sure to book one of Sakagura Tourism’s experiences. Visit their website to see a list of the current tours available. To experience the itinerary described above, please contact Sakagura through their website. 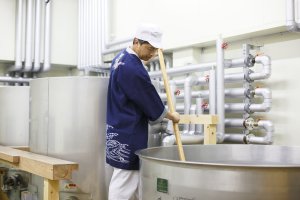 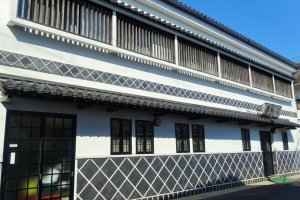 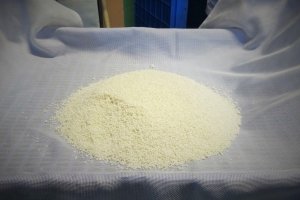 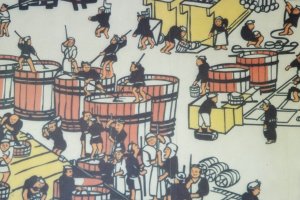 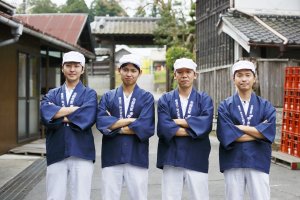 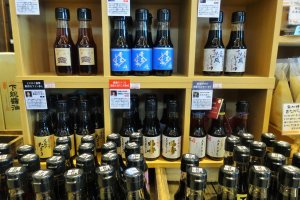 JapanTravel Guest 5 years ago
I knew that sake in Sawara was famous, but I had never heard of Kozaki! I'll definitely try to look into getting a tour there if I can!
Reply Show all 1 replies

Mandy Bartok Author 5 years ago
It's worth checking out, and the area surrounding the brewery in Shisui looked intriguing as well. But Sawara is always worth a visit. I can't wait to go back in iris season!
Reply

Victoria Vlisides 5 years ago
Awesome and informative article! Reads really nicely. As someone who lives in Chiba, it's nice to see!
Reply Show all 1 replies

Mandy Bartok Author 5 years ago
Thank, you, Victoria! I have had a blast making all sorts of discoveries in Chiba since I moved up to Tokyo this past summer.
Reply

Bonson Lam 5 years ago
This is a great find, especially being close to Narita. How does the sake breweries compare with that from Kyoto?
Reply Show all 2 replies

Mandy Bartok Author 5 years ago
I haven't visited too many in the Fushimi area, Bonson, but Chiba's breweries were very welcoming and being able to witness certain steps of the process (like sticking our heads down into a tun of fermenting sake mash) was fascinating.
Reply

Bonson Lam 5 years ago
That is great to hear! I love interactive places where you can sticking your head down into a ton of fermenting sake mash. This is a best season time to visit a sake brewery.
Reply
7 comments in total