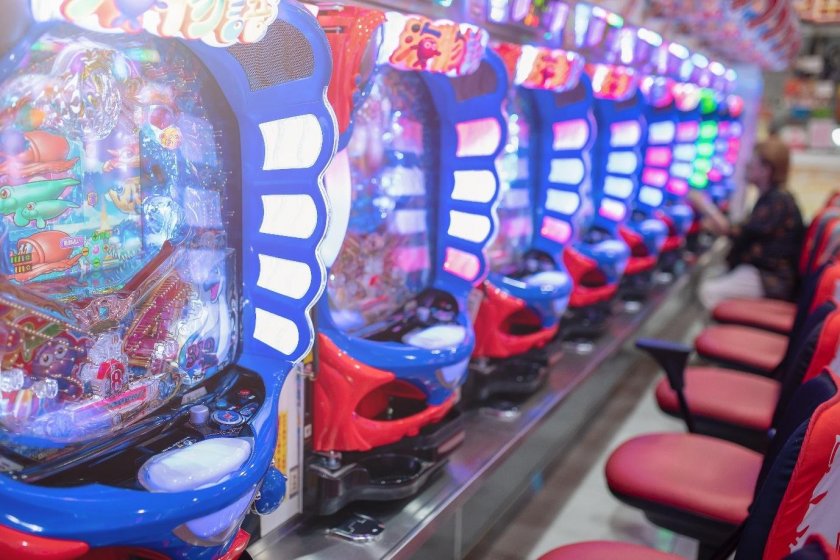 Pachinko: the Game You Must Play When Visiting Japan

It’s hard to think of another country that attracts as much fascination as Japan. With a culture going back centuries, world-class cuisine and unique attractions, it’s hardly surprising that it brings in quite so many visitors each year.

Maybe that’s why tourism is at a record high with over 24 million people from the four corners of the world choosing to visit in 2016 – an undeniable boost to the economy at a time when it needs it most to recover to the recent slump.

As soon as they arrive, tourists are confronted by a culture full of contrasts. For example, the futuristic, Blade Runner-esque metropolis that is Tokyo even has its quiet spots – including the famous Nijubashi Bridge in the gardens of the imperial palace.

In a country with more than its fair share of iconic landmarks, Mount Fuji is surely one of the most famous. It rises over 3,700 metres – from the flat landscape surrounding its base to its year-round snowy peak that’s one of the most picturesque natural wonders of the world.

But there’s another side to Japan that you probably won’t learn about by reading the guidebooks. It’s a country hooked on the game of pachinko – and we explore this hugely popular game in this article.

Of a population of over 128 million people, it’s estimated that over 10 million play pachinko regularly. In terms of money being wagered, this means that the industry earns more each year than the revenue raised by all the casinos in Las Vegas.

For the uninitiated, the game of pachinko is a cunning combination of a pinball machine and a slots game. The way it works is simple. To play you need to convert your money into a number of large silver ball bearings – very similar to the ones used in pinball machines. These are then fed into the pachinko machine where, with luck, they are caught within the numerous traps on the board, each one earning you a different level of reward.

It’s an easy game to play which also offers some big rewards. The prizes come in the form of gifts or cash, which need to be claimed from a kiosk which is not technically a part of the pachinko parlour – a legal distinction that we’ll explain a little later on.

The history of pachinko

The history of pachinko goes back nearly a century. The very first version was called the “Corinth Game” and was intended to be a children’s toy in the style of bagatelle. In this game, a spring mechanism fired ball bearings onto the board with the hope of landing them in point-scoring holes. As the name “bagatelle” suggests, this was an import from France and one which was to be effortlessly absorbed into Japanese culture.

Over time, pachinko machines became gradually became more and more complex, leaving their childish origins far behind them. The very first parlour opened for business in 1948 in Nagoya – and since then, there’s been no looking back.

At the last count there were more than 12,500 of the machines all over Japan with at least one machine in even the smallest communities. So it’s popular – but not quite as popular as it was in the 1990s. Back then, more than 300,000 people earned a living from the pachinko industry, and treble the current number of players spent ¥30 trillion a year on the game.

Today many of the parlours are owned and run by Korean immigrants and it’s the atmosphere in the parlours themselves that adds to the general excitement. When you’re walking down even one of Tokyo’s noisiest streets it’s easy to hear when you’re approaching a parlour. There’s a cacophony of electronic noises emanating from the doorway, accompanied by flashing lights.

A typical example is Tokyo’s Maruhan Parlour where you’ll find a mind-blowing collection of over 1,100 machines – 700 standard pachinko machines and 400 so-called pachi-slots, a combination of pachinko and slots game and all the more exciting for it. This bringing together of the two kinds of games has been one of the latest developments and which has started to make the concept of the slots game more and more popular.

Pachinko and the law

While many countries round the world have relatively liberal approaches to gambling, the same can’t be said of Japan. The 1948 Criminal Code states that gambling activities not under the control of the authorities are totally forbidden and this includes casinos, lotteries and games of chance.

But the people running the pachinko industry have managed to bypass this regulation very effectively through a technique that we’ve alluded to already. By law, the parlours are forbidden to give players either cash or prizes. So when a player’s had enough of the game they gather together all the balls that they’ve won and hand them into the parlour.

The balls are counted and a voucher is handed over showing the size of the win. The player then has to physically leave the parlour and go to a kiosk where they can exchange their winning voucher for a prize. This may be something as simple as a candy bar or also lavish as a new TV, depending on the size of their winnings.

By leaving the parlour they have stayed on the right side of the law and the authorities effectively turn a blind eye to the practice. This legal loophole has enabled pachinko to take Japan by storm.

Online slots on the horizon?

Although Japan has taken a traditionally hard line on gambling, questions are now being asked about whether it could be time to start relaxing the laws. In part this has been driven by the growing popularity of the slots element of the latest generation of screen-based pachinko machines – as well as the changing landscape of gambling worldwide.

Gambling is a huge industry – worth nearly $525 billion globally – and in the western world, online slots games have had a huge hand in the growth of virtual operators. Online slots are considered to be very similar to pachinko, which begs the question, would slots as we know them thrive in Japan? Hundreds of slot games are released every week, and are more engaging and immersive than ever, themed in a variety of niches to broaden their appeal across different demographics and sets of interests.

With Japan’s love of technology, it would seem logical to embrace the world of online gambling. But in a typical conflict in the country between upholding traditional values and embracing the new, the future outcome of this debate is impossible to predict. What is certain, however, is that pachinko players all round the country would certainly welcome the chance to play a wide range of slots online.

Then, it could just be conceivable that online casinos start to consider online pachinko as a game to include for their new-found audience – a game that could go on to conquer the world. 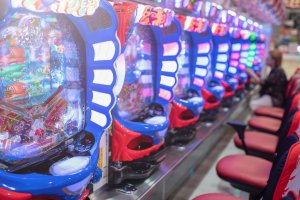 Kim 3 years ago
I’ve lived here several years now and never tried it! May have to give it a try at least once. The background on how they get around the gambling laws was really interesting.
Reply Show all 0 replies

Elizabeth S 3 years ago
Pachinko parlors are an amazing sensory experience. The ring of chimes as the balls clatter into troughs, the melodies of the various machines, the bright lighting and the fascinating displays are hypnotic. It's an experience, even if you don't win anything.
Reply Show all 0 replies
2 comments in total