Torii in colors other than the usual reddish-orange hue

Among the hundreds and thousands of torii arches across Japan, some of them deviate from the typical reddish-orange hue and come in different colors. If you're looking to add some unique torii arches to your future travel plans, this list covers some to look out for.

Known for its springtime moss phlox, the Higashimokoto Shibazakura Park turns a vibrant shade of pink from the May to early June timeframe. The pink color isn't just relegated to the flowers – there is a pink torii on the grounds which makes for a fun photo spot when the shibazakura are in bloom.

The torii at Fukuoka's Sakurai Shrine is bright white, and it's a famous scenic spot because of what's located behind it, too. Two large rocks are connected together by a shimenawa (traditional straw rope), and they're known as the "wedded rocks." A popular time for visitors to stop by is around sunset, when the views are simply incredible.

Ibaraki's Amenoshirahano Shrine is home to a gold torii arch, and it seems to be something of a theme for the region. Elsewhere in the prefecture, Hoshiimo Shrine also has a row of bright yellow torii arches – they're actually inspired by sweet potatoes, one of the region's specialties!

Arita in Saga Prefecture is often regarded as the birthplace of pottery in Japan, and at Tozan Shrine visitors will immediately notice that the torii arch here is made from Arita-yaki (the broad term for pottery produced in the region). In addition to the torii arch, numerous other statues on the grounds are also made from porcelain rather than stone.

Another shiny yellow torii can be found at Aichi's Sanage Shrine, which takes up part of the 629-meter high Mount Sanage. The shrine has a recorded history dating back to the 9th Century, and along with the yellow torii, the grounds are famous for some additional vibrant color during autumn – plan for the mid to late November timeframe if you'd like to see the fall foliage here at its best.

Located in the Setagaya area of the city, Tokyo's Shōin Jinja is where Edo-period intellectual Yoshida Shōin is enshrined. The torii arch here is classic black, which looks particularly striking when the spring cherry blossoms on the grounds are in bloom. 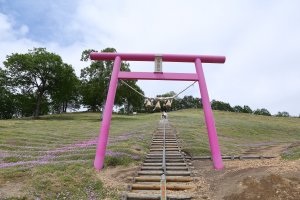 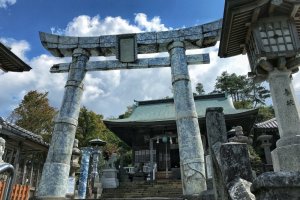 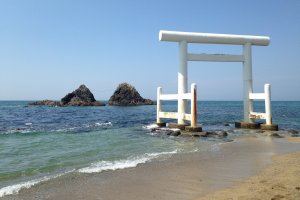 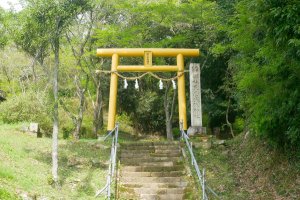 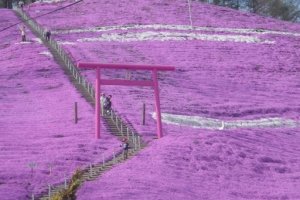 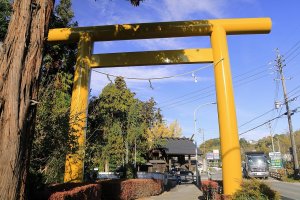 Sleiman Azizi a month ago
The Tozan shrine torii is amazing. I remember first reading about it a few years ago and was impressed by the idea behind it.
Reply Show all 4 replies

Kim Author a month ago
I really like the whole area around that shrine, there are some really cute pottery shops...I'd love to visit again and stay for longer.
Reply

Sleiman Azizi a month ago
Visit again and stay longer... it's always the way, isn't it?
Reply

Kim Author a month ago
Haha yes, I feel that way about a lot of places in Japan...but it's nice in a way to be left wanting to see more!
Reply

Sleiman Azizi a month ago
Easy to feel that way too when it comes toJapan.
Reply

Elizabeth S a month ago
Wow, so much more variety than I expected!
Reply Show all 1 replies

Kim Author a month ago
I love the uniqueness!
Reply
7 comments in total