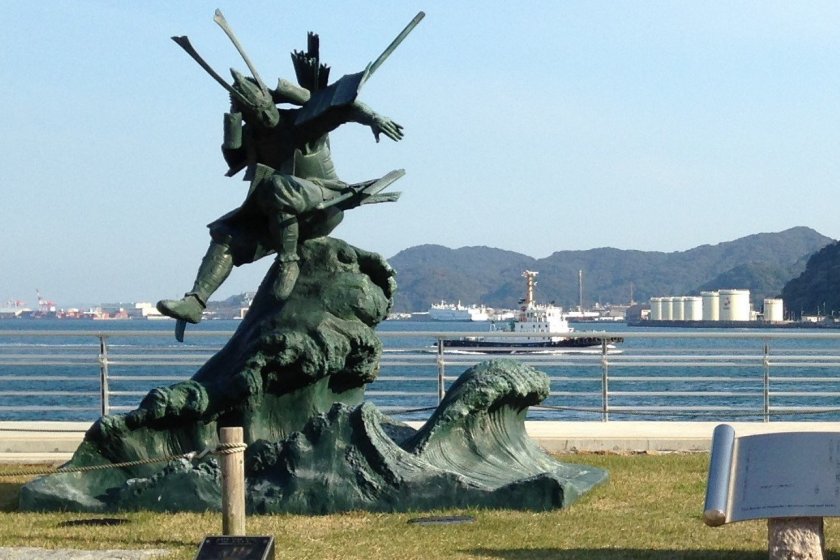 The Life of Minamoto Yoshitsune

Places of interest for the legendary samurai

Travelling along famous and popular tourist routes you'll have the opportunity to come across memorable sites associated with the samurai Minamoto no Yoshitsune who is a legend in Japan. He is often pictured in different art forms, including kabuki theatre and I was captivated by the story of his life and his personality after watching the Japanese TV series “Yoshitsune” (2005).

Yoshitsune was born in 1159 and named Ushiwakamaru. His father, Minamoto no Yoshitomo, was leader of the Genji clan and his mother was the beauty Tokiwa Gozen. Ushiwakamaru spent his childhood in the then capital, Kyoto or miyako as it was often called. Modern Kyoto differs greatly from the miyako of the 12th century, but places like Gion and Higashiyama still exist as reminders of those times.

The Genji clan began developing their power but after the Heiji Rebellion in which he lost his father and two brothers, Ushiwakamaru had to flee the capital. As a young boy, he was sent to Kurama Temple to become a Buddhist monk. Ushiwakamaru was known as Shanao during his years at the temple but he wanted to become a samurai and eventually left, parting with his mother forever. People believed (and still do) that tengu spirits inhabited the woods surrounding Kurama Temple and that the king of the tengu, a grey-haired eternal spirit known as Sojobo, taught Shanao the art of fighting.

These days, Kurama Temple can be reached from Kyoto via the Eizan Kurama Line. Get off at Kurama Station for a 3-minute walk to the temple. A ropeway is also available as there are many steps surrounded by tall cedar tress leading up to the main buildings.

Gojo Bridge and the Kamo River

Yoshitsune showed off his fighting skills in a bout with the exiled monk Benkei who had sworn to win 1000 katana (samurai sword) and donate them to a temple. Benkei won 999 blades but on the Gojo Bridge in Kyoto but couldn’t win the 100th because of Yoshitsune. Afterwards, Benkei became the loyal vassal of Yoshitsune. That famous bridge over the Kamo River still exists though it has been rebuilt many times.

Yoshistune's first battle as a general was in 1184 at Ichi-no-Tani in Suma, just west of Kobe. Yoshitsune used the innovative tactic of splitting his army into two, one of which attacked from the shore. Yoshitsune, himself with a small cavalry force, attacked from the steep mountain, an attack that seemed impossible to make, and broke the enemy. The Heike army he was fighting against had to retreat to the west in panic leading to an amazing victory that became legendary and immediately brought fame to the Yoshitsune.

In March 1185 Yoshitsune lead the Genji army against the Heike once more. The critical battle occurred at Dan no Ura and again Yoshitsune used bold tactics. The Genji fleet crossed the channel on a stormy night and their arrival was unexpected by the enemy. The main battle started on April 24, 1185 at noon and by 4pm, the Heike army had been defeated. The Dan no Ura battle put an end to the Heike clan and is considered to be one of the most significant battles in the history of Japan.

The Shimonoseki Straits in Yamaguchi Prefecture is the location of that famous battle and can be reached by the Sanyo Shinkansen.

On the way to Shimonoseki it may be interesting to visit Itsukushim Shrine in Miyajima. The shrine was founded by Taira-no-Kiyomori - the leader of the Heike defeated by Yoshitsune. Taira-no-Kiyomori dreamt of building a new miyako in Fukuhara (now Kobe) and developing trading relations with foreign countries. However his clan was punished for exceeding the limits of their power and authority. Rebuilt a number of times, Itsukushima Shrine now has its original form and can be easily reached by ferry from Hiroshima.

After such a significant historical victory Yoshitsune’s fate turned tragically. His elder brother Minamoto no Yoritomo ordered Yoshitsune captured and killed. With a small group of his loyal vassals Yoshitsune escaped to Hiraizumi - the land of the Fujiwara clan where he spent several happy years after his escape. Now it is easy and comfortable to travel here via train, but passing all those dense woods and mountains it’s hard to imagine just how much time and effort was needed from Yoshitsune and his vassals to reach Hiraizumi! Those hardships too became part of Yoshitsune's legend.

The leader Fujiwara-no-Hidehira who took Yoshitsune as his own son died and his son betrayed Yoshitsune by organizing a surprise attack, killing all his vassals. Yoshitsune committed seppuku - ritual suicide. He died in 1189 at 30 years of age. Now Hiraizumi is a small town in the Tohoku region north of Sendai but in 12th century it was a flourishing city. In Hiraizumi you can visit Chuzon-ji Temple with its treasure - Golden Pavilion. The place of Yoshitsune's end is marked with small shrine near Koromogawa river in Iwate Prefecture.

There is another place connected with Yoshitsune, though incidentally and that is Kamakura. Minomoto no Yoritomo, Yoshitsune's older but jealous brother ordered Yoshistune to be put to death. In spite of this, Yoritomo was influenced enough by Yoshitsune to create the idea of a society where family ties were not as important as personal abilities for services and strict subordination. Yoritomo established this society and became the first ruler of a shogunate based in Kamakura. Tsurugaoka Hachimangu was built on his order. 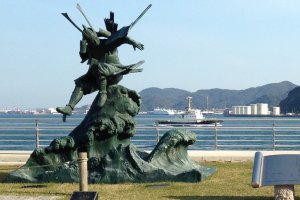 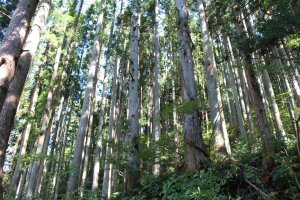 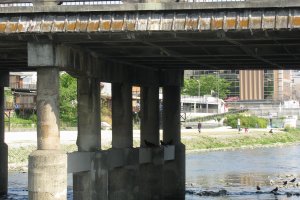 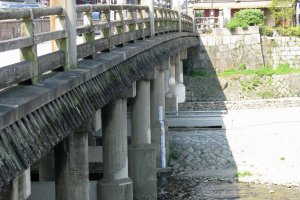 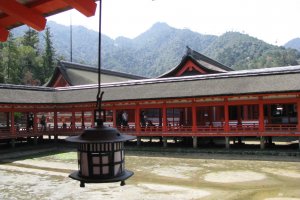 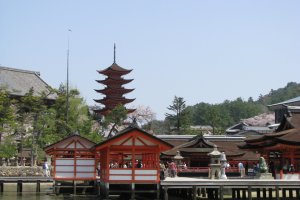