Yasaka Jinja, the Philosophers Path and some udon

My second day in Kyoto started early in the morning with a visit to Yasaka Jinja at one end of Gion Shijo Street.

It was a sunny spring morning promising a warm day ahead. Yasaka Jinja, with its red coloured buildings, has classical architecture but its buildings are quite large. Because of the early hour there were only a few people around and I noticed a wedding party getting ready for their ceremony. I sat down in the shade and feasted my eyes on the late sakura that was tender and beautiful…

I then returned to Gion Shijo Street which was becoming livelier with every minute - shops started to open, people hurrying here and there and I rushed to meet my friend who had come from Osaka.

For that day we purchased the day bus pass for ¥600 and travelled around quite comfortably. The first place we visited was Ginkakuji or Silver temple. Unlike Kinkakuji which really is golden, Ginkakuji was made from wood that darkened with age. Near the temple there was an amazing composition made of sand with stripes and a model of Fuji-san reflecting in the water. I was impressed! Unlike Kinkakuji, there was quite a large area with a garden and a hill above with great views of Kyoto.

Travelling with a Japanese friend has many advantages as their guidance always make the trip easier. From Ginkakuji we went to the Philosophers’ Path in east Kyoto. The Philosophers' Path is a nice walking path beneath the trees along a river with floating ducks. I liked that path and thought it was good for artists as well. There were some interesting looking shops and studios as well as artists selling their painting, though we ended up not buying anything nothing as we were quite engrossed in our chat. I can imagine the path being nice and romantic on a rainy day, but we were lucky to have a fine, warm day.

Next up was Kyoto Imperial Park located around the Imperial Palace where we had good time relaxing on the grass. In the evening we went to Kyoto Tower and visited the observation desk. Right before our eyes we saw a city soaked in darkness and lights. Looking over a city from such heights is one my favourite things to do when traveling! Kyoto Tower has a good souvenir shop and we picked up some gifts from there to take back home.

Looking for a place for dinner we came across a restaurant by the name of ‘Udon noodles museum in Japan’ that offered different kinds of udon from all over the country. The one we chose was delicious and a good way to end the day. 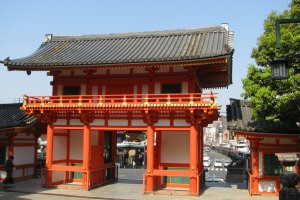 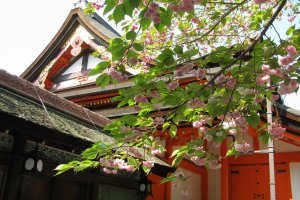 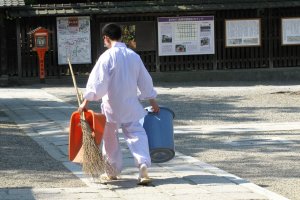 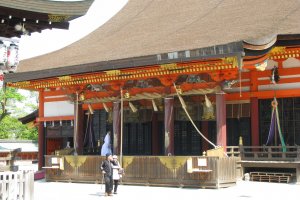 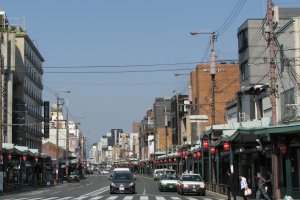 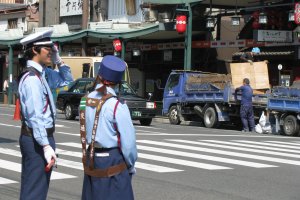 Kim B a year ago
The Udon Noodles Museum sounds great! Never knew of it before your article!
Reply Show all 1 replies

Elena Lisina Author a year ago
Maybe it is closed now, or was closed for some time. It was great place!
Reply
2 comments in total