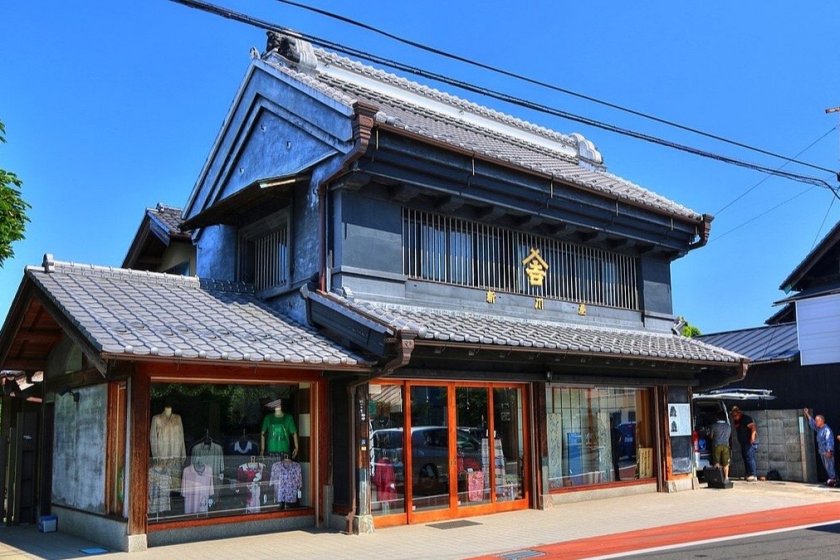 Just outside Tokyo on the Joban train line, is the bedroom community of Nagareyama City. Around the train stations of the Tsukuba Express line which passes through the city, you’ll see modern apartment buildings and shopping streets. But there is another side of Nagareyama City, the old city center. This is an undiscovered treasure trove of Edo and Meiji Period shop houses, atmospheric temples, and stylish cafes.

The Nagareyama Railway, abbreviated to Ryutetsu, carries riders back in time to a slower and gentler way of life. Traveling a little less than 6 kilometers from Mabashi Station along a canal side park, then through suburban neighborhoods in Matsudo City to Nagareyama Station, the train makes all stops. Unlike other big train lines that operate department stores and other businesses, Ryutetsu’s sole interest is this quaint rail line.

You’ll notice intimate and old fashioned service at the ticket gates. Ryutetsu doesn’t accept modern IC train cards, and has no automated ticket gates. Passengers buy paper tickets and hand them to the train attendants at their destinations. Train departures are announced by bells and the call of the conductors who are known to hold the train for tardy passengers. The ride from Mabashi to Nagareyama Station is 200 yen.

Nagareyama City Museum, just north of Nagareyama Station, is a good place to start your visit. Admission is free to see displays about the local history, and an orientation to the famous names associated with Nagareyama.

Here, you can learn about the Nagareyama native Kondo Isami, the leader of the Shinsengumi militia that fought to preserve the shogunate in the face of the restoration of the Imperial Court. You can also learn about the haiku poet Kobayashi Issa who frequented Nagareyama and had a long friendship with local mirin brewery owner, Akimoto Soju, with whom he penned many evocative poems.

A two minute walk from Nagareyama Station is Honcho, the old center of Nagareyama City. The street is lined with many vintage buildings that house traditional businesses selling kimono, tatami, inkan stamps, and futons. Stop by Misegura, the kaleidoscope shop, which displays a colorful variety of art pieces by Japanese and international creators. In the neighborhood are various cafes and galleries housed in kura storehouses and vintage buildings. On your stroll, keep your eye out for kirie andon, lanterns decorated with cut paper scenes of Nagareyama life of yesterday and today, set out in front of businesses. The lanterns are lit in the evenings, creating a warm and inviting atmosphere.

Way-finding in the streets is indicated by signs in both English and Japanese, and on your way south along the road, look for Asama Shrine, centered on worship of Mt. Fuji. Directly behind the shrine is a fujizuka, a miniature Mt. Fuji. The fujizukura, often built within sight of Mt. Fuji, allowed devotees to revere and climb the mountain from afar. A few minutes further on is the residence of Kondo Isami who you learned about at the museum.

At the southern most part of the course, past the Kikkoman factory with its outdoor museum of vintage images depicting the mirin and soy sauce industrial history of the town, visit the Issa Soju Memorial Hall. This tribute to the friendship between haiku poet Kobayashi Issa and local mirin brewer Akimoto Soju has an atmospheric tea house and karasansui dry landscape garden. Read or compose a haiku and savor a cup of tea and a sweet on the veranda. 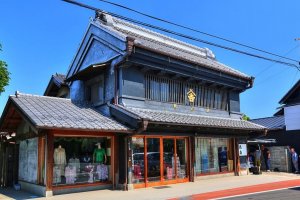 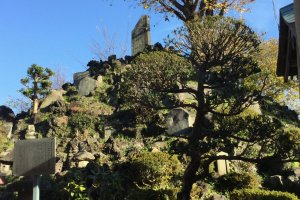 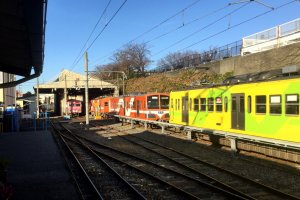 Sleiman Azizi 3 weeks ago
Honcho is really quite appealing.
Reply Show all 1 replies

Elizabeth S Author 3 weeks ago
Isn't it? There are about a dozen heritage shop houses, temples and shrines, five of which are designated as nationally important properties.
Reply

Kim B 3 weeks ago
There's a real nostalgic charm to places that don't use the IC cards!
Reply Show all 0 replies
3 comments in total
Back to Contents