Guide to renting and using NINJA WiFi in Japan

Since wireless networks have become an integral part of people’s everyday life, it is hard to imagine a trip without them. Most travelers value the importance of having a stable and consistent Wi-Fi signal for looking up tourist attractions and directions, instead of relying on a traditional guidebook and physical maps. In this article, I will be highlighting one of the most widely-used pocket Wi-Fi devices in Japan – NINJA WiFi.

​According to the Japan Tourism Agency, statistics research in 2014 showed that 50% of the foreigners who visited Japan indicated a strong desire for a Wi-Fi connection, whereas only 10% of free Wi-Fi connection areas are completely complimentary without registration fee (according to the Ministry of Internal Affairs and Communications in April 2015).

NINJA WiFi is a pocket Wi-Fi router that is small, light and portable. It allows customers to use the Internet on their smartphone, tablet, and laptops by connecting to the local mobile phone network. It can simultaneously connect to up to four to five devices depending on which plan you get. Generally speaking, it can accommodate numerous devices without a prominent lag. It also scores top marks for having the most pickup points at international airports. It is convenient for customers to rent one upon their arrival in Japan, and return it at the same location when they depart. In addition, NINJA WiFi's pocket router can be used almost anywhere – 99% LTE coverage in Japan! Moreover, its function is simple and straightforward, suitable for people of any age to use. Simply connect to the Wi-Fi network on your phone, enter the password, and you should be connected to the pocket device in no time!

Though some believe that spending extra on Wi-Fi is not worth the money, free Wi-Fi public spaces are not extensively available in Japan. Places that I recently visited in Japan such as the Fuji Shibazakura festival and Ashikaga Flower Park required me to constantly check my phone regarding the transportation routes, opening hours, etc. Renting a Wi-Fi router definitely made my trip a lot easier since you never know exactly what to expect during your trip. I once traveled for more than two hours from Tokyo to Hakone. After I arrived, I learned from the train conductor that the routes for one of the most popular sites in the area were all closed until the end of the month. There, trapped in an unfamiliar place, with no backup plans, a Wi-Fi router would have come in very handy!

If you are an extremely organized and plan-things-ahead type of person, you will not have to worry about transferring money to the bank or having to visit a shop for payment! NINJA WiFi can be booked online anytime before you leave for your trip! Reservations on the official NINJA WiFi website are available 24/7, credit cards are accepted and you can reserve your portable Wi-Fi router without having to worry about the shop running out of stock before your arrival.

NINJA WiFi also has discount campaigns quite often. A recent campaign promising 20% off on unlimited usage and free deposit surely easily won over visitors to Japan. Customers are able to use the internet freely and comfortably at a relatively cheap price.

Ilona is a travel photographer, graphic designer and a visual design student from University of Toronto. She appreciates Japan's unique culture and is exceptionally thrilled to share it's beauty through the eyes of her lens. 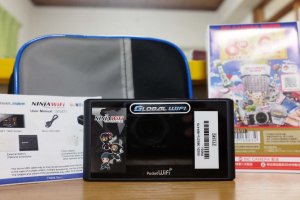 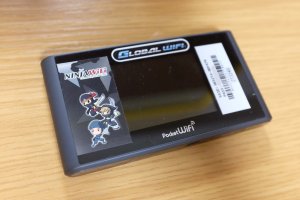 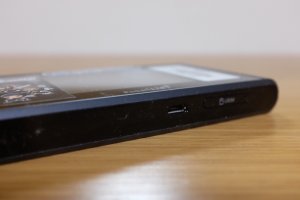 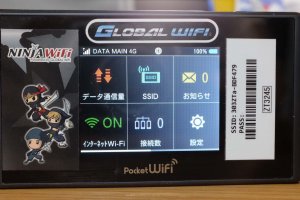 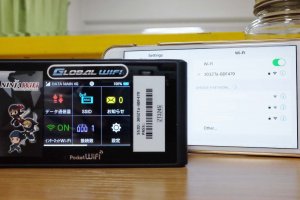 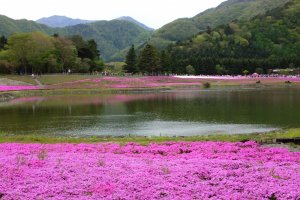