Which Train to Take from Narita Airport to Tokyo

When Narita Airport first opened in 1978, you could not even get to the Tokyo area by using Japan's best form of transport, trains! Now, it is served by multiple lines, operated by Keisei Electric Railway and JR East, and you can get to the greater Tokyo area in as few as 36 minutes. Both operate local, semi-express and limited express lines. The Kesiei Skyliner and JR East’s Narita Express, the two fastest options, run in fierce competition against each other.

The Narita Express runs to Tokyo Station via the Narita and Sobu Lines, and takes 50 minutes to an hour. From Tokyo, the train splits and one half goes towards Ofuna, going through Yokohama. The other half goes to Omiya, via Shinjuku and Ikebukuro. Its maximum speed is 130 km/h (80 mph). In the commuting hours the trains stop at Chiba, Yotsukaido, Sakura, and Narita on their way to and from way to Narita Airport. Trains leave in each direction about every 30 minutes, with the first train leaving Narita at 7:45 and the last train leaving at 21:45 (or 9:45 pm). The first train leaves Tokyo at 6:15 and the last leaves at 20:00 (or 8:00 pm). The price is 3,020 yen per adult either way, but 4,000 yen when you buy a round trip ticket. Children (11 years and younger) are half price. When you travel to the stations past Tokyo the price is more expensive. All seating is reserved. However, the Narita Express is served by the Japan Rail Pass, both JR East passes, the JR East/Southern Hokkaido Pass, and the Hokuriku Arch Pass.

Keisei’s Skyliner runs on its Narita Sky Access Line, which interestingly was originally JR's planned, but later aborted, Narita Shinkansen. The Skyliner operates at speeds up to 160 km/h (100 mph). It stops and connects with JR lines at Nippori Station before the terminus at Keisei Ueno, under Ueno Park. Keisei Ueno has a underground connection to JR Ueno Station. It arrives at Nippori Station in 36 minutes, and Keisei Ueno in 41. The first train leaves Ueno at 6:00 and the last leaves at 18:20 (6:20 pm). The first train from Narita is at 7:30 and the last is at 22:30 (10:30 pm). All seating is reserved. The ticket price is 2,470 yen one way and 4,970 yen round trip. Children (under 11 years old) are half the adult fare. There are also discount tickets. If you buy online before you arrive in Japan the ticket price for one adult is 2,200 yen one way, with the child price half that. The round trip advanced purchase is 4,300 yen and the child price is half that as well. There is also a pass you can buy that includes either a one way or round-trip Skyliner seat, as well as either 24, 48, or 72 hours of unlimited rides on the Tokyo subway systems (both the Toei Subway and Tokyo Metro).

Now when you ask me which one is better, it depends on a bunch of different things. If you are traveling to southern Tokyo, have a rail pass, traveling by Tokaido Shinkansen or to southern Japan by train or just need a cheaper round trip ticket to Narita Airport, I think the Narita Express is a better buy. Though, if you need a faster trip, need to use the subway a lot and if you are going to be doing a lot of sightseeing, or if you are traveling to northern Tokyo or northern Japan by Shinkansen or train, the Skyliner is definitely a better option.

Then there are also the local trains, and whatever not, but that story is for another day so, you know, bye!

Travel writer for Japan Travel for the summer, originally from NYC. Feel free to reach out to me! - nathan.meyers@japantravel.com 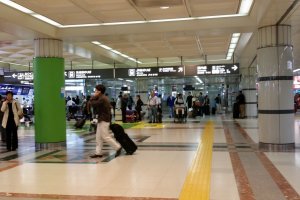 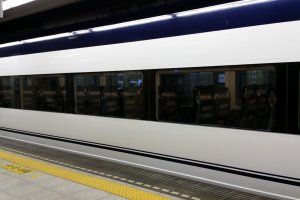 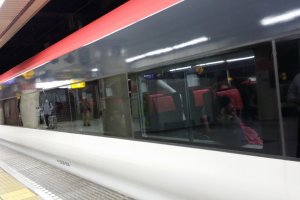 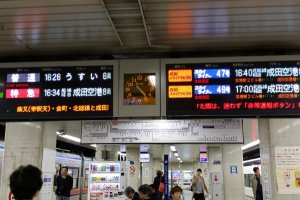 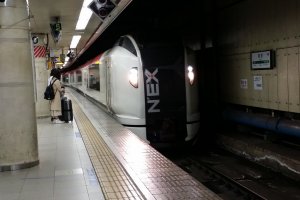 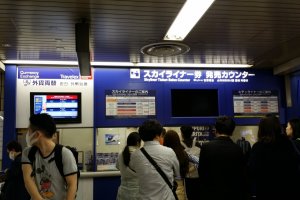 Joseph Bautista 5 years ago
Mostly depends on if you're holding a JR pass or not. Everytime I travel with JR pass, I use the NEX, for convenience.
Reply Show all 0 replies

Guillaume Doré 5 years ago
Used the Keisei Sky Access once, all the other time I used the train to/from Narita, I used the Keisei line, longer, but cheaper. Well, my first time in Japan I used JR local train to Tokyo, that was a big mistake!
Reply Show all 0 replies

Malcome Larcens 5 years ago
As you said, depends where you're coming from or going to. Not mentioned here is the fact that Ueno station is a lot smaller than Tokyo Station and closer, therefore much easier to manage. Also if you have time to spare the zoo and a museum are nearby. But if you have a JR Pass, then obviously Narita Express should be your choice.
Reply Show all 0 replies

Relinda Puspita 5 years ago
I got Kyoto from this air port and it was very long trip even by shinkansen.
Reply Show all 0 replies
5 comments in total