The daily fights depart Narita at 4:40pm, arriving in Mexico City's Benito Juarez airport at 1:55pm on the same day, owing to the fifteen-hour time difference between the countries. The return flight leaves at 1:00am, arriving at Narita airport at 6:35am the next day, with this flight of fourteen and a half hours being ANA's longest. The flights will use ANA's fleet of Boeing 787-8 aircraft, refitted with enhanced engines to allow for Mexico City's altitude of 2250 meters above sea level..

ANA has put a place a system so that along with the direct flight to Mexico city, travelers can buy tickets for connecting flights with Mexico's domestic carriers, Aeromexico and Interjet. This will allow for smooth ticket purchasing and connections across Mexico and the Americas.

It's hoped that this flight will boost business and tourism links between the two countries. In 2016, over 150,000 Japanese tourists visited Mexico, while a number of major Japanese companies are operating there. In the five years from 2010, direct investment by Japanese companies increased by 170%.

Narita airport is becoming an important hub on the western Pacific Rim for travel between Asia and North America. These flights will afford another option for travelers from across Asia wishing to visit the continent. Narita Airport Authority recently opened a dedicated passenger lounge in Terminal 1 so that international travelers can make transits more easily. 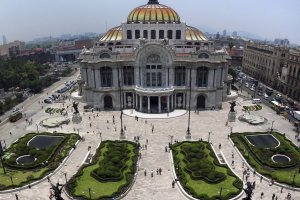