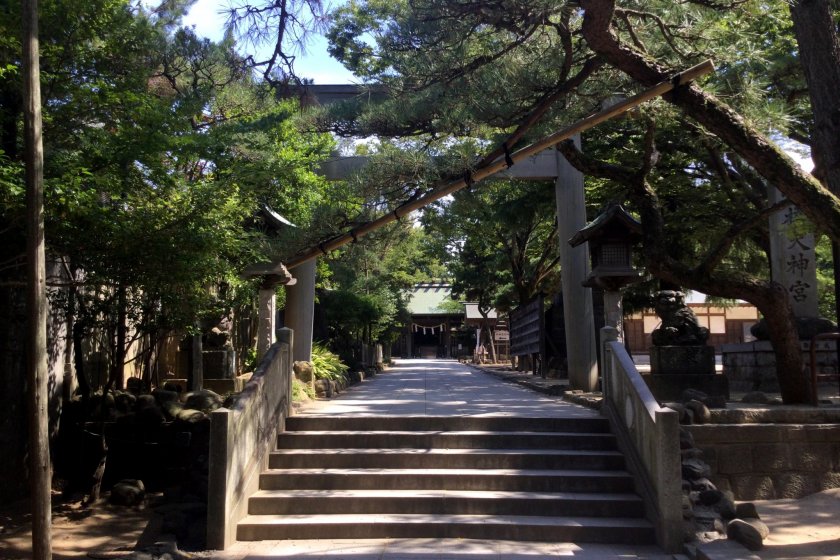 Amaterasu shining over fishers and sumo for centuries

On your way from Narita Airport into Tokyo proper, you may pass through Funabashi City, a hub for nine major train lines that serve the Kanto region. If you choose to make a pit stop here, walk a few blocks to one of the spiritual centers of the city. Ohi Shrine known also as Funabashi Daijingu has a long history and associations with grander shrines.

Ohi Shrine is the oldest and largest shrine in Funabashi said to be founded by a legendary hero. The story tells that Prince Yamato Takeru on his way through the region propitiated the goddess Amaterasu here to bring rain to end a drought. The name Ohi suggests that the sanctuary was dedicated to a local sun deity but over time, as shoguns showed their respect, the site became a subsidiary of Ise Shrine and acquired the title Daijingu or Grand Shrine.

The shrine was lost in spring 1868 during the Battle of Funabashi when the new government forces fought the old shogunate loyalists. Eventually, the old shogunate forces composed of Kanto area clans backed down from their plan to attack Edo and showed respect to the new government. Unfortunately, the shrine which the clan leaders used as their base of operations burned along with hundreds of houses in the area.

The destruction didn’t diminish the importance of Funabashi Daijingu, and over generations, the precinct has acquired reconstructed buildings. The honden main shrine building was rebuilt in 1873, and the other subsidiary shrines between the 1920s and the 1980s. Around the precinct visitors can see Tokiwa Shrine which, like Nikko’s Toshogu, honors the Shogun Tokugawa Ieyasu. The elaborately decorated building reconstructed in 1985 is reminiscent of the mausoleum at Nikko. While Tokugawa Ieyasu’s spirit is enshrined at Nikko, Tokiwa Shrine’s objects of reverence are Ieyasu’s teeth.

Within the shrine precinct are some unique structures. Funatama Shrine in the northwest corner has a distinctive boat-shaped facade that protects the sailors and fishers of Funabashi. Toyokuhime Shrine, honoring the goddess of Ise’s Outer Shrine, incorporates timbers from the deconstruction of Ise Shrine in 2013.

Next to Tokiwa Shrine stands Tomyodai, a rare wooden lighthouse that dates from 1880. Today the shrine is surrounded by residential and business districts, but in the Meiji Period the lighthouse looked out over rice paddies and shoreline.

If you coordinate your visit with new year celebrations you can observe the kagura dance and musical theater. In October, Tokugawa Ieyasu favorite entertainment Sumo is performed by amateur wrestlers. 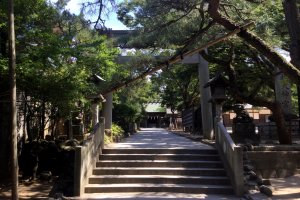 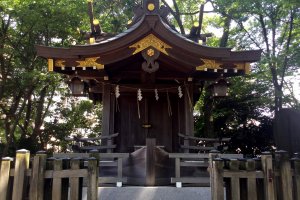 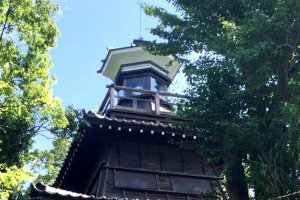 Justin Velgus a month ago
This is a nicely researched article and an interesting read. I am looking forward to seeing more of your work!
Reply Show all 2 replies

Bonson Lam a month ago
Totally agree! Elizabeth is meticulous in her research and bringing these little known stories to life!
Reply

Elizabeth S Author a month ago
Oh, thanks! When I research about the places I visit, I learn so much about Japan's history. It comes alive for me, too. It also keeps me learning to read Japanese.
Reply
3 comments in total