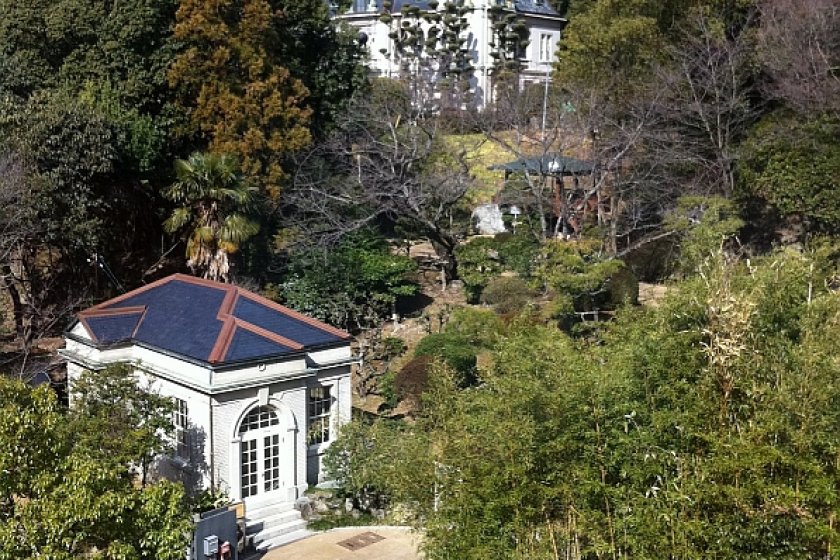 Bansuiso from Sake no Ue no Kumo Museum

Bansuiso is one of Matsuyama’s hidden gems. Hidden, because if you didn’t know it was there, you’d never see it. Bansuiso is a large villa, built in a 19th Century somewhat Gothic French style. It sits at the base of the hill where Matsuyama Castle stands, but it’s hidden completely by trees and tall buildings. Pass up a short street, through the unassuming gateway, and up a dog-leg path, and there it is—a rather magnificent pile, standing in pleasantly leafy grounds.

The Earl Sadakoto Hisamatsu, a descendant of the Matsuyama clan, built Bansuiso in 1922 as a second home. Having lived in France, Hisamatsu wanted to impress with Western style, and he spent an enormous amount of money to achieve it. The villa was a social Mecca for the elite of that time, including the Imperial family. Bansuiso was designed by the architect Shichiro Kigo, who also planned the nearby Ehime Prefectural Office. Now Bansuiso is open to the public as a site-seeing spot and a venue for arts and culture. Perhaps the best piece of art in the building is the painting of Hisamitsu himself. Concerts and talks are also held regularly, many of which are free (see www.bansuisou.org/event/ for information in Japanese).

Unlike similar buildings in France, the size of each room is quite modest, but the moldings, chandeliers, fireplaces and other details are very attractive. Bansuiso is often used for weddings and photo shoots where retro glamour is at a premium. You can also spot visitors eagerly looking for the best angle to frame their own mobile-phone shot. For an interesting contrast to the finery upstairs, visit the toilets in the basement. Go down the stairs past the antique Asahi beer looking glass, and you find yourself in a simple but beautifully appointed Victorian restroom, sensitively updated with every modern comfort.

The first floor and basement are free to enter, but there’s a 300 yen charge to go up the wooden staircase to the second floor. The photographic possibilities on the balcony are worth the price of admission.

For a fine view of Bansuiso and its gatehouse, visit the nearby Saka no Ue no Kumo Museum. From its enormous windows, Bansuiso looks just like a doll’s house. 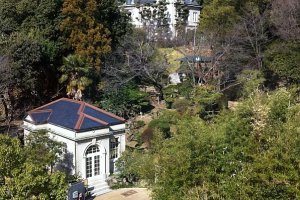 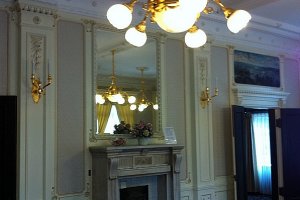 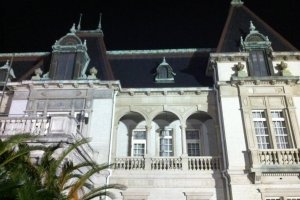