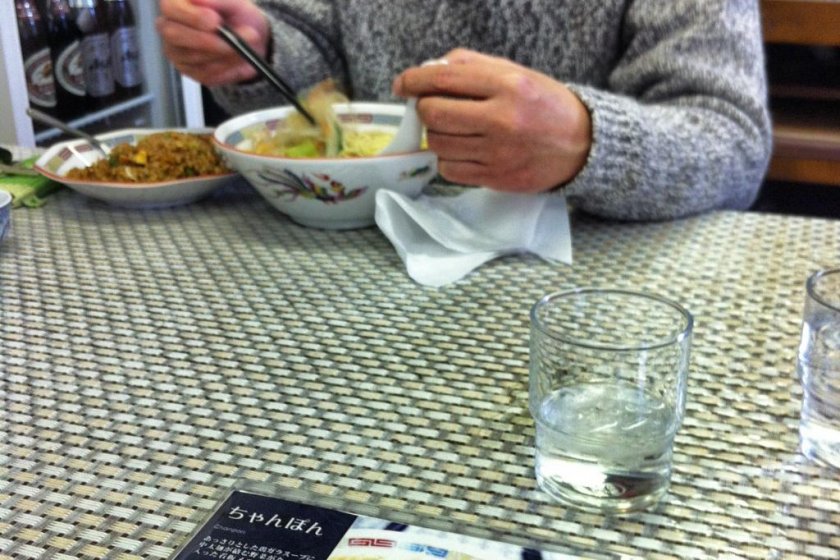 A restaurant specializing in chanpon noodles

Chanpon is a kind of ramen, and the city of Yawatahama in western Ehime has chosen to specialize in it. Consequently, the city centre is full of chanpon restaurants, and the city has produced a pamphlet in Japanese showing the location of all of them. There are no less than fifty-three shown, which seems like overdoing it a bit.

“What is champon?” asks the pamphlet, rhetorically. It answers itself, “Chanpon is a dish that derives from the noodle culture of China and other countries, arranged in Yawatahama style. It has found a place in the heart of Yawatahama as a ‘soul food’. Thick ramen noodles are cooked in a light soup with pork and plenty of vegetables, and many restaurants use Yawatahama’s special local products kamaboko and jakoten”.

I should probably confess right away that I’m not a fan of chanpon at all. It seems too similar to the worst sort of institutional English cooking that I grew up on, with a lot of overcooked cabbage flavoured with black pepper. Nevertheless, since I was in Yawatahama, I thought I should give it another go in case I was missing something.

A Japanese acquaintance in Yawatahama suggested that I try Chanpon-Tei Eagle, number three on the map. So thither I went, stopping occasionally to ask for directions since the area is a bit of a maze. I found the very unremarkable looking shop with its chanpon banners fluttering outside. Eagle is equally unremarkable inside, with simple plastic topped tables, a big TV, and quite a few local people eating chanpon and fried rice. I was glad to see a No Smoking sign on the door.

I ordered the chanpon for 550 yen, and a couple of sticks of jakoten katsu for 180 yen. This is pureed whole baby fish formed into a patty, breaded and deep fried, which maybe doesn’t sound very good. But it’s actually very satisfying and pleasant to eat, especially with a squeeze of lemon, and the sweet and sour dipping sauce that came with it on this occasion. The version offered at Eagle didn’t disappoint — unlike the chanpon however, which altogether lacked anything besides pork and vegetables. It had that cabbagey, peppery sort of flavour that I remembered from earlier encounters, with rather softly stodgy noodles. Everybody else seemed to be tucking into theirs with apparent relish, so I suppose I’m just not a connoisseur of chanpon.

So while I personally disagree with Yawahamans on the merits of chanpon, I do share their esteem for the various processed fish things they offer. 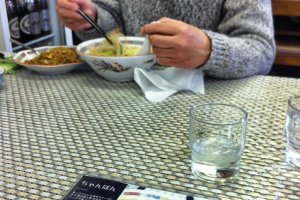 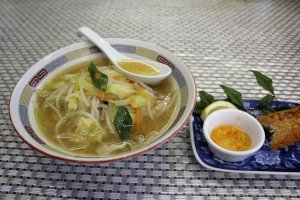 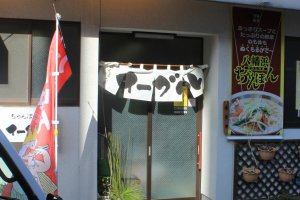