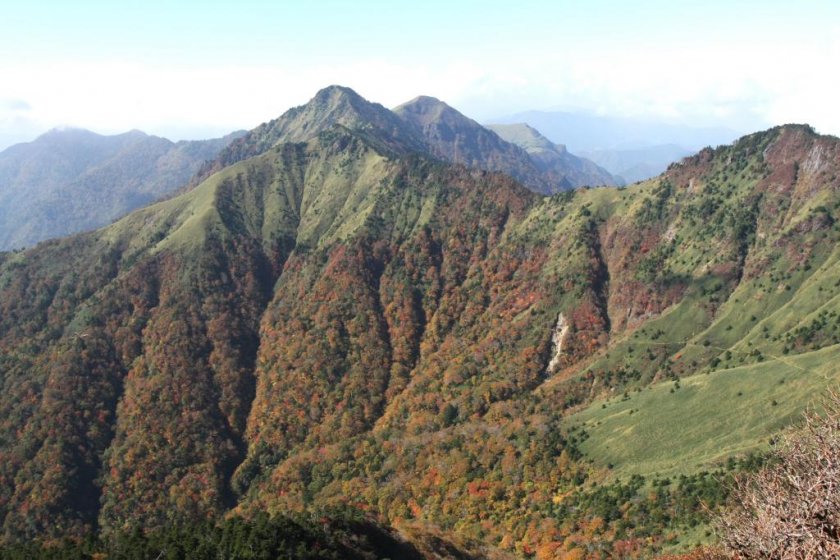 An easy enough walk, except for the last bit

Scenery on a grand scale

When autumn came with its beautifully coloured leaves, I decided to climb Mt. Ishizuchi. I’d heard that Ishizuchi was the highest mountain in western Japan when I first came to Ehime from Shanghai. Although I’m honestly not very athletic, I was confident that I could climb Ishizuchi because I once climbed Mt. Huashan, which is said to be one of the steepest mountains in China. I wasn’t worried about climbing it since we could go half way up the mountain by car. At the beginning, I walked at a fast pace. The mountain path was still wet from the heavy rain on the previous day, but it wasn’t very steep, so I was able to enjoy the coloured leaves.

Just when I started to think that it was going to be easy all the way to the top, we came to some steep stairs. Most of the stairs were made of wood and they were very slippery because of the damp. My pace dropped, and I couldn’t afford to gaze at the beautiful scenery any more. Clambering up the steps to the top took all my concentration.

As we got closer to the top, our rests became more frequent. But we realized that the peak couldn’t be far now because nearly all of the trees seemed to be red. The prospect of the view overlooking all this red foliage gave me the heart to keep pushing on.

Finally we got to a place that seemed to be the top of the mountain. It was full of people resting and there was a shrine belonging to the Ishizuchi Shrine complex. But this wasn’t actually the real mountaintop. Mt. Ishizuchi is 1,982m high, and the peak is Tengudake, which is located a further distance from where we were. Tengudake has a distinctive triangular shape which I’d often seen in pictures, and I saw people making their way up the sharp ridge towards it. The path looked too steep for me, and I reluctantly decided not to attempt it.

Nevertheless, the view from near the mountaintop was really beautiful. It took just one and half hours to get there, but when I looked out over the world below, I was filled with a sense of total freedom. The mountain around was covered with many kinds of trees bedecked in their autumn colors, with red and gold leaves as far as the eye could see.

Unfortunately, after a while a thick fog covered the top of the mountain, so we couldn’t take pictures of the awesome scenery anymore. But the fog covering the mountain created a solemn and mystic atmosphere that was impressive in its own way. I had another interesting experience climbing Mt. Ishizuchi. People who are climbing a mountain say “Hello” to each other whenever they meet. That’s not something people do in China. 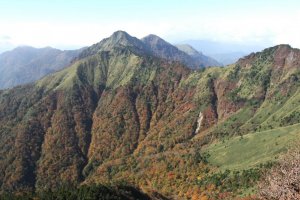 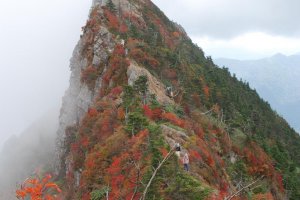 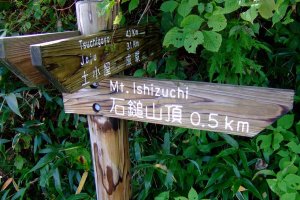