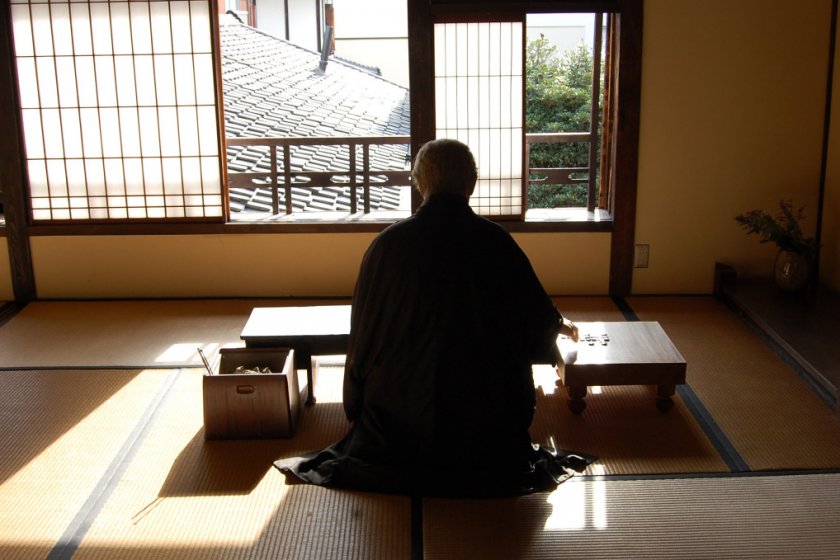 The founder in his room contemplating go (Photo: Ingrid Lezar)

Uchiko is a small town in a valley between towering mountains. From a distance, it appears as just another minor agglomeration of houses and shops, strung along a river in the middle of nowhere. But this town had a history of vibrant commerce belied by its current status as a quiet backwater. However, the glamorous and elegant buildings that Uchiko’s global merchants built for themselves still line the streets, and they offer a fascinating insight into the lives of well-to-do Japanese in the late 19th and early 20th century.

The Museum of Commercial & Domestic Life stands on a street of machiya. Machiya is one of the representative styles of Japanese vernacular architecture for the homes of urban merchants and craftsmen. The word machiya is written using two kanji; machi meaning “town”, and ya meaning “house” or “shop”. The typical machiya is a long wooden home with narrow street frontage, stretching deep into the city block and often containing a small courtyard garden and a garden at the back. The house in question fits this pattern, with a wide, shallow shop facing the street, and an extensive private home behind.

The Museum is a reconstruction of each room in the house, with very realistic manikins who start to move and talk when you draw near. Having taken off your shoes and gone into the house, you share the same space with them, and it’s rather uncanny to be so intimately involved in their family life. It beats reality TV. The hardships of the lower classes and the clear divisions between the classes are apparent in the breakfast scene, where the young apprentice is seated outside the breakfast room and fed mixed grains instead of polished white rice. This particular merchant dealt in medicines, many of which came from China and Europe, and groceries such as ketchup which were beginning to make their way into Japan from abroad, via big regional ports like Osaka. The little spiel from the manikin in the shop front rather amusingly features this novel condiment.

The garden in the center of the house is tiny, but it’s packed with greenery, water features, and artfully carved stone.

There’s so much to see and learn that it’s best if you can arrange for one of the volunteer guides to show you around. They speak good English and can tell you some fascinating things. 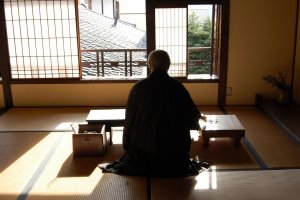 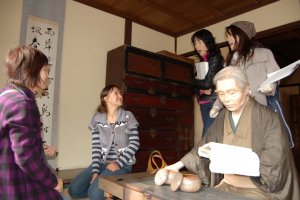 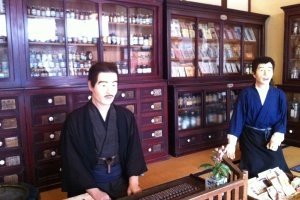