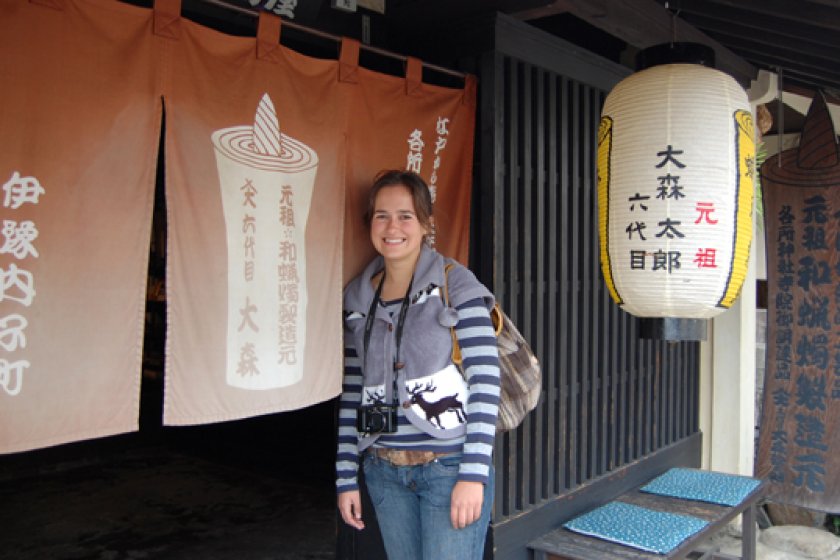 The historical old street of Uchiko

Experience what picturesque Uchiko has to offer by exploring the famed machinami—the historical old street of Uchiko.

A first stop to enjoy while making your way up the street is the Ōmori candle shop, where you can smell the hot wax that Mr. Tarō Ōmori rolls into warōsoku, layer by layer,with his bare hands. He is the sixth generation of Ōmori candle makers practicing what has been a traditional craft since the Edo Period (1603–1867), and is one of very few candle makers still dedicated to the original materials and methods. Candles from this shop have been on display at the British Museum in London as Japanese souvenirs since 2001.

Fine Uchiko vegetable wax, produced from Japanese sumac tree berries, is not only used to produce high quality candles, but also many other products. The wax industry boom from the end of the Edo period to the end of the Meiji period (1868–1912) brought riches to local merchant families and it is this former glory that you can see in the preserved buildings as you make your way further up the machinami.

A great way to learn more about the architectural features of the buildings is to book a tour with the Uchiko Volunteer Guides for Foreigners. You can pick up on many beautiful and interesting details that might otherwise pass the casual onlooker by.

An elegant result of the wax trade wealth is the Kamihaga Residence, built by the influential Kamihaga family in 1894. It underwent a renovation faithful to traditional building techniques from 2008 to November 2011 and is now once again open to the public. The back of this residence houses the Japanese Wax Museum, where you can learn more about how Japanese vegetable wax is produced.

Amongst the remnants of Uchiko’s boom years you may also notice aspects of the small-town living that characterize it today. The machinami features benches in front of shops or houses that have local products or produce for sale—but no salesperson. To buy something at one of these “honesty shops” you simply drop your coins in the holder, often a piece of bamboo or a pipe, take what you would like, and move along.

Small-town living also has the benefit of featuring traditional events that have become rare occurrences in Japan. In 2010 the machinami hosted a wedding parade that drew a big crowd and brought the street to life.

To see the machinami come alive at night, attend the annual moon viewing festival towards the end of September. For two evenings, homes and gardens on the street showcase musicians, many playing traditional instruments like the koto or the shamisen, while the street is lit up with paper lanterns and visitors enjoy tsukimidango—ball-shaped rice cakes that symbolize the full moon.

For more information contact the Uchiko Tourist Association. Uchiko is about 25 minutes south of Matsuyama on the express train bound for Uwajima. The bottom end of the machinami is a 15 minute walk from the station. Bicycles can be rented at the gift shop in front of the station. 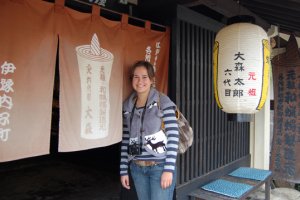 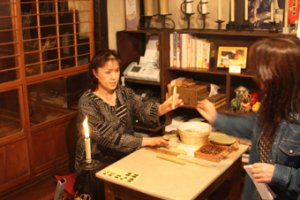 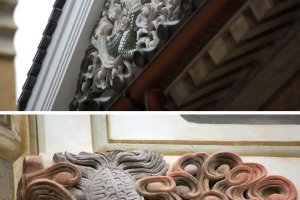 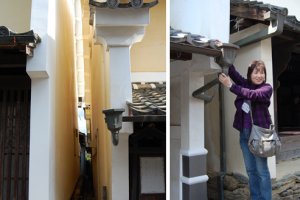 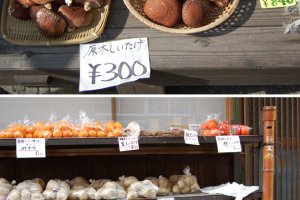 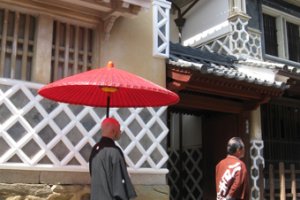