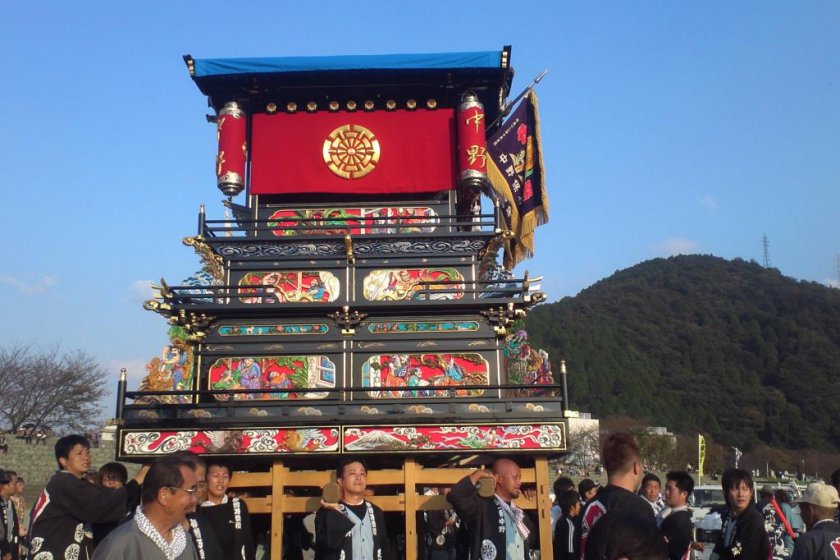 The Saijo Festival is a major Shikoku event in autumn

The Saijo Festival is held at the Kamo, Ishioka, Isono and Iizumi shrines in the middle of October, to give thanks for an abundant autumn harvest.

The origin of the festival is uncertain, but it’s a traditional event which goes back as far as 1757. Isono Shrine owns a scroll depicting the Saijo Festival with details of the festival as it was held in the Edo period. It’s said that the feudal lord of Saijo sent the scroll to Lord Date to boast about the exciting things that happen in Saijo. The festival enjoyed the support of successive lords of Saijo, and although it experienced a decline after World War II, it’s more vigorous than ever today.

In modern times, the Saijo Festival features more than 120 danjiri, a kind of festival juggernaut, mikoshi portable shrines, and taikodai drum wagons. The biggest drum wagon is over five meters high and weighs about two and half tons. The festival involves pushing these immensely heavy structures through the streets of the city, gathering here and there for displays called kakikurabe, which translates roughly as ‘comparing who can trolley about with the most glory and bravado’. Not content with wheeling the juggernauts up and down in various formations, they’re also hoisted into the air by one hundred men or more, who struggle and grunt under the four huge poles that support the danjiri. Much beer and sake is consumed to keep everybody in tip-top kakikurabe condition.

Besides their enormous size, the danjiri and mikoshi are notable for their dynamic carving and quilted reliefs, and their brocade decorations and tassels. When they’re lit up at night with numberless lanterns, they present a fantastic spectacle indeed.

The climax of the festival is the kawairi or getting into the river. The mikoshi gather on the banks of the Kamo River after completing their perambulations in Saijo city, and they seek to cross the river to enter the shrine on the other side, in a procedure called miyairi. Sorry to be parted from their companions, the danjiri teams try to prevent them, but eventually the mikoshi cross the river somehow, and the beautiful and powerful spectacle of the Saijo Festival comes to an end. 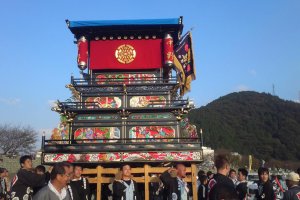 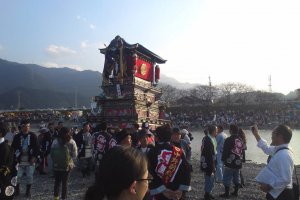 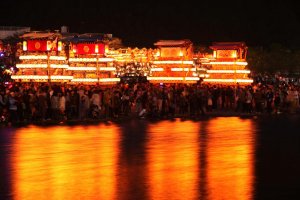