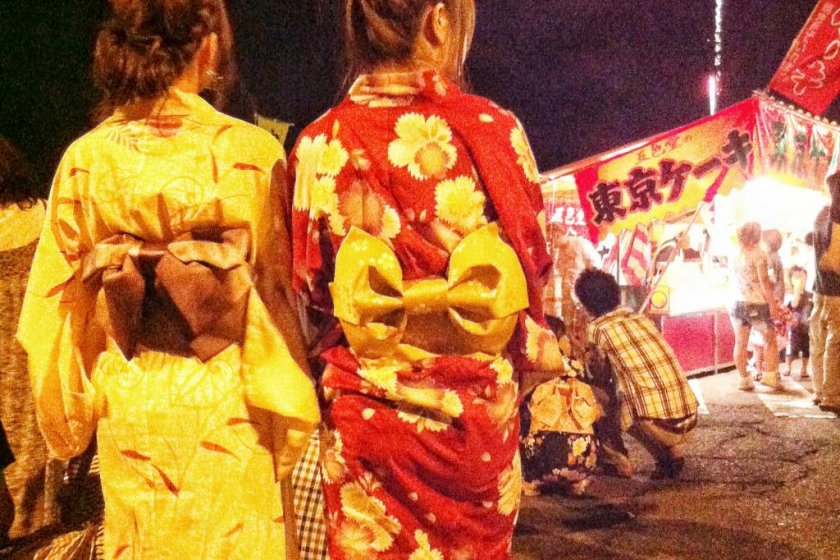 In the summer months, local fireworks events are held all over rural Japan. Organized by sundry Rotary Clubs, Lions Clubs and Chambers of Commerce, they are typically quite spectacular, reflecting the pride of the local area, and they draw crowds in the hundreds and thousands.

The Mitsuhama Firework Festival is typical of these events. It’s held on the first Saturday of August. The Mitsu area, otherwise known as Mitsuhama, is Matsuyama’s old port. The fireworks are launched from the long piers jutting out into the port, and the festival goers gather on the long quay side. This is a very large flat area that can accommodate a great mass of people—which is just as well, because masses of people come. The area near the fish market is cordoned off for those who wish to pay for seating with use of toilets and hand washing facilities. Otherwise, entry is free, and you can sit wherever you like along the road skirting the quay.

The event features a good selection of whizzers, fizzers, squeakers, bangers and thumpers, with stars, planets, flowers, hearts, smiley faces and other fantastic shapes of momentary duration. The biggest fireworks are loud enough to make your chest thump and fill up your whole field of view.

Besides the fireworks, the stalls that line the streets and port are fun too. They sell an amazing array of generally unhealthy but satisfying snacks, cold drinks of every variety, and toys that flash and whir. Gaudily painted and illuminated from within, the stalls suck in the crowds. The crowds themselves are a fine sight too. People in Ehime like to put on traditional clothing for festivals. The women appear dressed in bright, flowery yukata belted high below the bust, while the men wear darker colors belted low above the hips. There is much clacking of wooden sandals. It should be noted that children under two years of age don’t like fireworks at all, so it’s best not to take them.

Try to go by train or bicycle if possible so that you can enjoy the cold beer on tap, and avoid the jam of cars that appears almost as soon as the gunpowder smoke has cleared. The nearest station is Mitsu on the Iyotetsu line, while Mitsuhama on the JR line is still within walking distance. Various events are held in Mitsuhama throughout the day, so you can make an afternoon and evening of it. 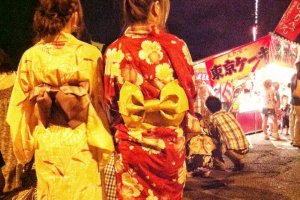 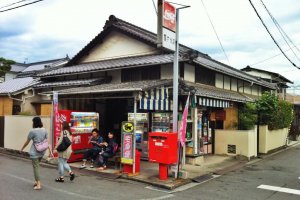 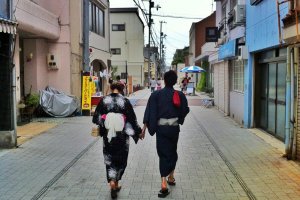