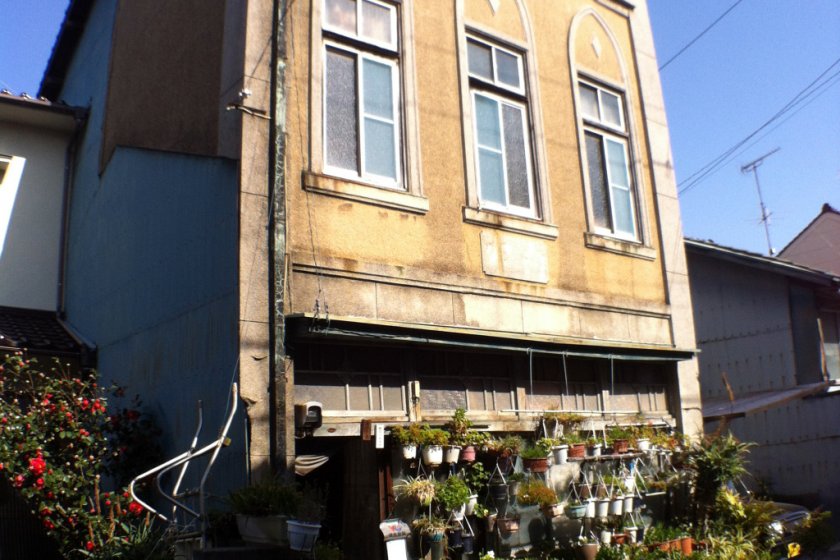 Stroll or cycle around a richly historical town

Mitsuhama, or Mitsu for short, is the old port area of Matsuyama. Originally a separate village, it gradually became merged with Matsuyama as the city expanded. In the old days, whenever the people of Matsuyama had to go anywhere, they would generally go to Mitsuhama to get on a boat. Mitsuhama has also been a fishing port from time immemorial, and fish are still landed here daily. The morning fish market at Mitsuhama is an event worth seeing. This area has many fascinating and beautiful old buildings lining narrow streets, which are arranged in a regular grid. Three sides of this area are water, the Seto Inland Sea and the Miyamae River. The port is the site of Matsuyama's biggest fireworks festival held in early August.

Mitsuhama is one of the few places in Japan where you can still see buildings dating from the Edo, Meiji, Taisho and Showa periods in a single area, and most of these buildings are also still in use, as homes or shops and restaurants. As a gateway to the Seto Inland Sea, Mitsuhama is active as a port, and the dockside is full of boats and cranes, some of which are elegant vintage models.

Mitsuhama is a wonderful area for walking or cycling. Mitsu Station on the Iyotetsu Takahama Line is a good place to set out from—there’s a map of the area with information in English. First-time visitors who aren’t familiar with the personages mentioned may find this largely incomprehensible, but it doesn’t matter—you can enjoy wandering the narrow streets and discovering unmistakably antique buildings without knowing exactly what they are. And if you speak some Japanese, it’s quite likely that somebody on the street will tell you about them, because the people of Mitsuhama tend to be knowledgeable and friendly.

Some of the places to see include Taiya Restaurant, Itsukushima Shrine and the offices of the Ishizaki Kisen shipping line. Taiya dates from the Edo period, although the current building is from the Taisho period in the early 20th century. However, the garden still has a big flat stone installed as a landing pad for the palanquin of Matsuyama’s feudal lord, who used to sail for Edo from Mitsuhama. Itsukushima Shrine stands in pleasantly leafy grounds. Mitsuhama is full of herons, and they nest noisily in the magnificent trees behind the shrine. The area resounds with their bizarre chattering, shrieks, croaks, growls and snapping of beaks. This shrine is the site of a fighting mikoshi festival in early October. The offices of Ishizaki Kisen were designed by the architect Shichiro Kigo, who also built the Bansuiso Villa and Ehime Prefectural Office in central Matsuyama. These are just three of the many fascinating buildings to be found in a very small area.

Besides herons, Mitsuhama is home to a lot of cats. Most of them aren’t at all friendly, but it’s interesting to be watched suspiciously by a Japanese cat on a historic roof as you gaze at this and that in this old port town. 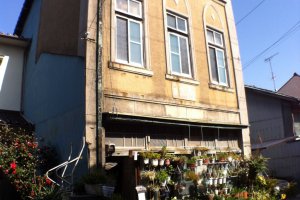 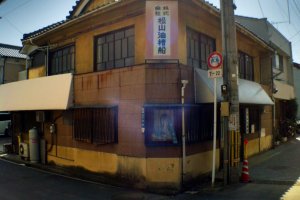 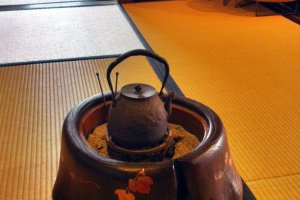 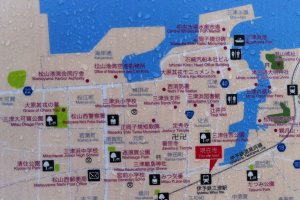 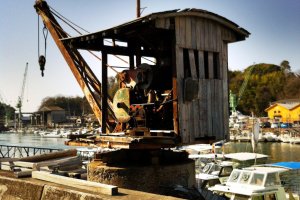 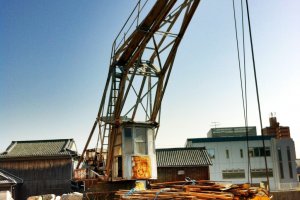